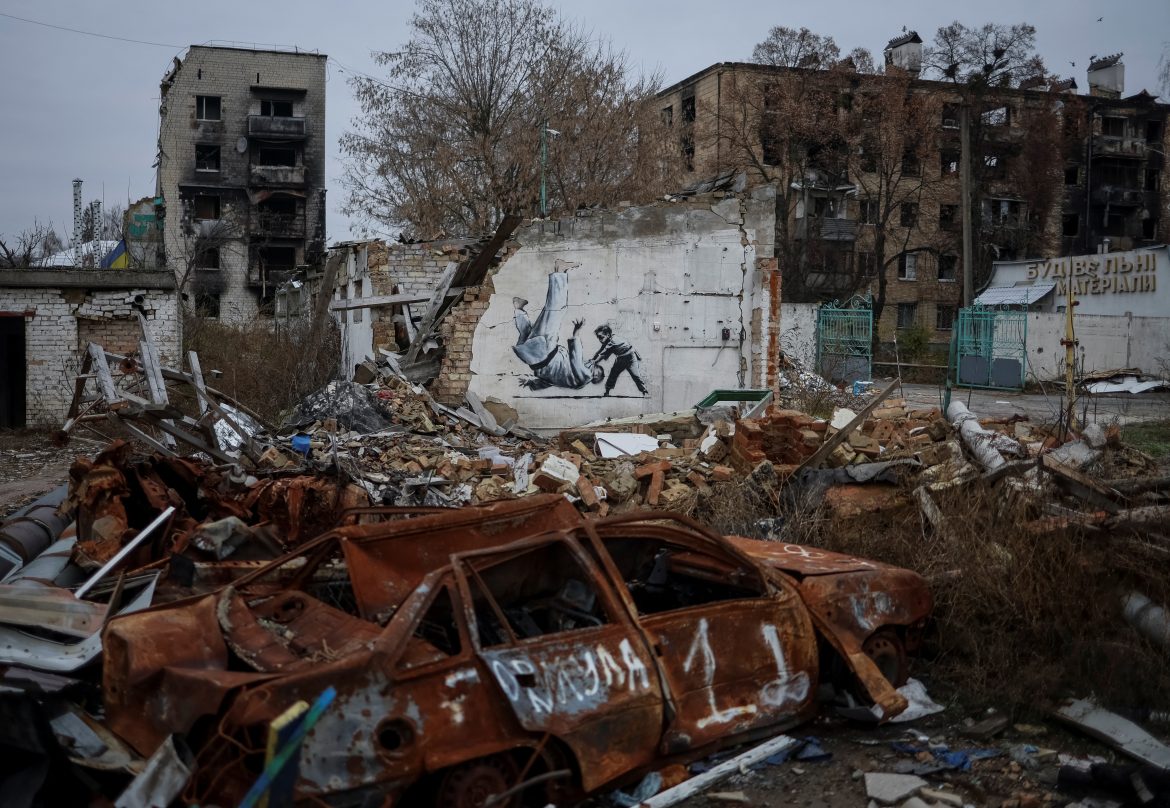 The Russian-Ukraine war has once again trickled into global politics with the upcoming Group of Twenty summit serving as the new arena for representatives to trade jabs.

Earlier today, Russia called for the Group of Twenty to focus less on global security and stabilities and more on pressing socio-economic problems at the upcoming summit.

Russia’s foreign ministry said it was “fundamentally important that the G20 concentrate its efforts on real, rather than imaginary, threats.”

The G20 is comprised of the world’s largest economies. Together, the countries make up over 80% of the world’s GDP. Many of these countries have criticized Russia for its ongoing war in Ukraine, which is anticipated to become a focus of world leaders at the summit in Bali this week.

“We are convinced that the G20 is called upon to deal with socio-economic problems,” the Russian foreign ministry added. “Expanding its agenda into areas of peace and security, which many countries are talking about, is not viable. This would be a direct incursion on the mandate of the United Nations Security Council and will undermine the atmosphere of trust and cooperation in the G20.”

The sudden concern with socio-economic problems is striking when the nation said no to extending the Black Sea grain deal just yesterday. The original deal expires next week.

Russian grain and fertilizer exports have not been targeted by the extensive sanctions levied by Western Nations to discourage Russia’s war effort. However, Russia claims the sanctions stop shippers from accessing finances, insurance, and ports necessary for exports.

The enigmatic and anonymous graffiti artist known as “Banksy” has visited the war-torn town of Borodyanka to show support for the Ukrainian people.

Banksy posted on his official Instagram channel a mural of a girl gymnast performing a handstand on a pile of rubble that remains after the town took heavy damage. The graffiti art was placed on the building destroyed by shelling.

Borodyanka sustained heavy damage during the early days of the war. Russia took control of it and held that occupation until April.

Several other pieces of art have shown up throughout the region that are also in Banksy’s signature style. However, the artist has not officially claimed these.

One of these murals found in Borodyanksa depicts a small child flipping a man with a resemblance to Russian President Vladimir Putin, who holds a black belt in the martial art and who formerly served as the honorary president of the International Judo Federation (IJF), onto his back.

In response to the Feb. 24 Russian invasion, the IJF stripped Putin of all his titles and roles in the organization.

A third mural located in Irpin depicts another gymnast wearing a neck brace as she twirls a ribbon around her body. She stands over a hole blasted into the building wall.

“Before fleeing from Kherson, the occupiers destroyed all the critical infrastructure: communications, water, heat, electricity,” Zelensky said in his evening video address. “[Russians] everywhere have the same goal: to humiliate people as much as possible. But we will restore everything, believe me.”

He previously said on Friday that a campaign to demine the city would begin soon. Yesterday, he provided an update on this, saying that almost 2,000 mines, trip wires, and unexploded shells had been removed already throughout the 60 settlements recently retaken in the Kherson region.

However, Zelensky called battles on the front lines of the Donetsk region hellish. He described repeated Russian onslaughts that Ukrainian troops faced there.

“There it is just hell – there are extremely fierce battles there every day,” he said. “But our units are defending bravely – they are withstanding the terrible pressure of the invaders, preserving our defense lines.”