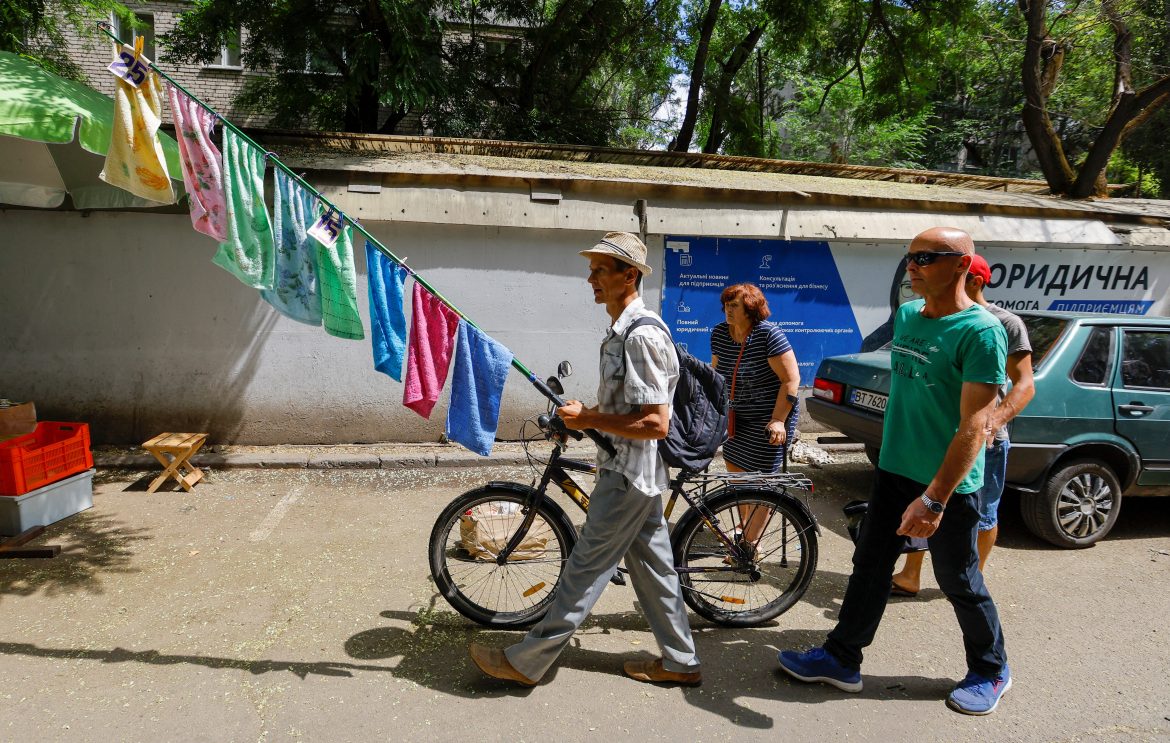 The Russian-installed governor of Ukraine’s Kherson region offered on Thursday to help its residents leave amid intense fighting between Russian and advancing Ukrainian forces, and received a pledge of help from Moscow.

Most of the Kherson region was seized in the first days of Russia’s invasion as it sent in troops from adjoining Crimea. It is one of four partly occupied Ukrainian regions that Russia proclaimed as its own last month in a move overwhelmingly condemned on Wednesday by the U.N. General Assembly.

However, since August it has been the center of a major advance by Ukrainian forces.

In a video statement on Telegram, Russian-installed governor Vladimir Saldo publicly asked for government help in moving civilians to safer regions of Russia.

“Every day, the cities of Kherson region are subjected to missile attacks,” Saldo said.

“As such, the leadership of Kherson administration has decided to provide Kherson families with the option to travel to other regions of the Russian Federation to rest and study,” he said, adding that people should “leave with their children”.

“We suggested that all residents of the Kherson region, if they wish, to protect themselves from the consequences of missile strikes, … go to other regions.”

Moments later, his deputy Kirill Stremousov posted a video saying Saldo’s appeal was “not a call for evacuation”, adding that there was no cause for panic and “nobody is planning to withdraw Russian troops from the Kherson region”.

But Russian Deputy Prime Minister Marat Khusnullin, who has special responsibility for southern Russia and Crimea, promptly said Moscow would “fully assist the administration of the Kherson region in accommodating the residents of the region in other regions of the Russian Federation”.

In a video statement, he said those leaving Kherson would be provided with free accommodation and necessities – and, if they decided to remain outside Kherson permanently, with housing.

Russia’s incorporation of the four regions has been denounced by Kyiv and the West as an illegal annexation like that of Crimea, which Russia seized in 2014. At the U.N. General Assembly, 143 out of 193 countries condemned it in Wednesday’s vote.

Ukrainian authorities say hundreds of thousands of Kherson’s residents have fled, mostly to unoccupied parts of Ukraine, including half the pre-war population of the regional capital.

Any major territorial losses in Kherson would restrict Russia’s access to the Crimean peninsula further south, whose return Kyiv has coveted since 2014.