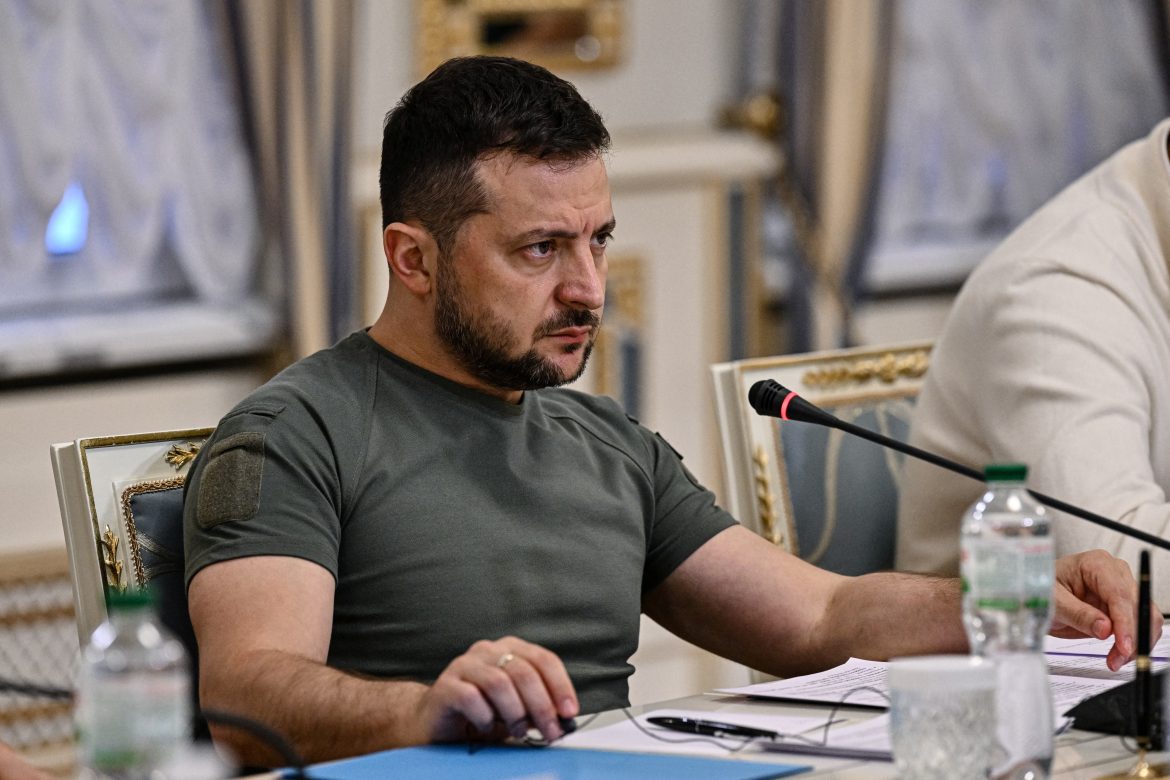 Oleksandr Vikul, the head of the city’s military administration, said in a post on Telegram Thursday that 112 homes were flooded as workers rushed to repair the dam on the Inhulets river, Reuters reported. Ukrainian President Volodymyr Zelenskyy pointed out in a Thursday morning video address that the water system, upon which hundreds of thousands of civilians depend, had “no military value.”

“Russia is desperate,” Presidential advisor Tymofiy Mylovanov tweeted in response to the strikes. The attack comes as Ukraine has recaptured several Russian-held territories in a series of punishing counterstrikes, representing the largest military setback the Kremlin has faced since its Feb. 24 invasion.

The General Staff of Ukraine’s Armed Forces said on Thursday that Russian forces had launched attacks on several settlements along Kharkiv’s frontline over the past 24 hours.

Still, Ukraine’s forces “continue to consolidate their control of the newly liberated areas” in the region, Britain’s defense ministry said in an update Thursday. The report also noted that retreating Kremlin forces left behind “high-value equipment” in their haste to flee, including “capabilities essential to enable Russia’s artillery-centric style of warfare.”

“Such abandonment highlights the disorganized retreat of some Russian units and likely localized breakdowns in command and control,” the report continued.

In addition to the major setback, Russia is now also grappling with challenges in other former Soviet states amid deadly clashes between Kyrgyzstan and Tajikistan border guards and fighting between Armenia and Azerbaijan.

President Zelenskiy made a surprise visit to Izium on Wednesday which, until four days ago, served as Russia’s main bulwark in the Kharkiv region. The Ukrainian leader watched as a Ukrainian flag was hoisted above the charred city council building of the city where local police alleged evidence of mass torture of civilians.

Dressed in his usual military fatigues and a shirt with the words “Fight like Ukrainians” in English emblazoned across the front, Zelenskyy said, “Our law enforcers are already receiving evidence of murder, torture, and abductions of people by the occupiers,” he said, adding there was “evidence of genocide against Ukrainians.”

“They only destroyed, only seized, only deported. They left devastated villages, and in some of them there is not a single surviving house,” Zelenskyy continued in an evening video address released upon his return to Kyiv, which followed reports of a collision involving Zelenskyy’s car and a private vehicle that had occurred in the capital.

Presidential spokesman Serhii Nykyforov said afterward that Zelenskyy “was examined by a doctor, no serious injuries were found.” The incident is currently being investigated.

Putin and Xi to discuss Ukraine, Taiwan at Uzbekistan summit

Russia’s Vladimir Putin, his Chinese counterpart, Xi Jinping, and leaders from India and Central Asian nations traveled to Uzbekistan on Thursday for a summit of a security group formed by Beijing and Moscow to counter U.S. influence. The meeting comes as tensions between Washington and the two countries have reached an all-time high. It also marks Xi’s first foreign trip since the outbreak of the COVID-19 pandemic in 2020.

Putin and Xi will discuss Ukraine and Taiwan, among other subjects, Reuters said. Meanwhile, the Kremlin has billed the gathering as one of “special significance.”

China has shown increasing support for Putin and his war on Ukraine while stopping short of providing any military support. The two countries recently conducted joint military exercises in the Pacific Ocean.

Moscow and Beijing promised to form a united front against Western powers with the announcement of a new, “no limits” partnership earlier this year.

On Wednesday, U.S. Secretary of Defense Lloyd Austin said that “China’s recent aggressive behavior and Russia’s unprovoked invasion of Ukraine” threaten “a free and open Indo-Pacific and a rules-based international order.” The remarks were made during a joint press conference with Japanese Defense Minister Yasukazu Hamada at the Pentagon.

“Let’s be clear, China’s coercive actions in the Taiwan Strait, and the waters surrounding Japan are provocative, destabilizing, and aggressive,” Austin continued, adding “Our response, together with Japan and our other allies and partners, had been responsible, steady and resolute.”

He said that the alliance between the U.S. and Japan “is the cornerstone of security in the Indo-Pacific” and vowed to strengthen the partnership even further.