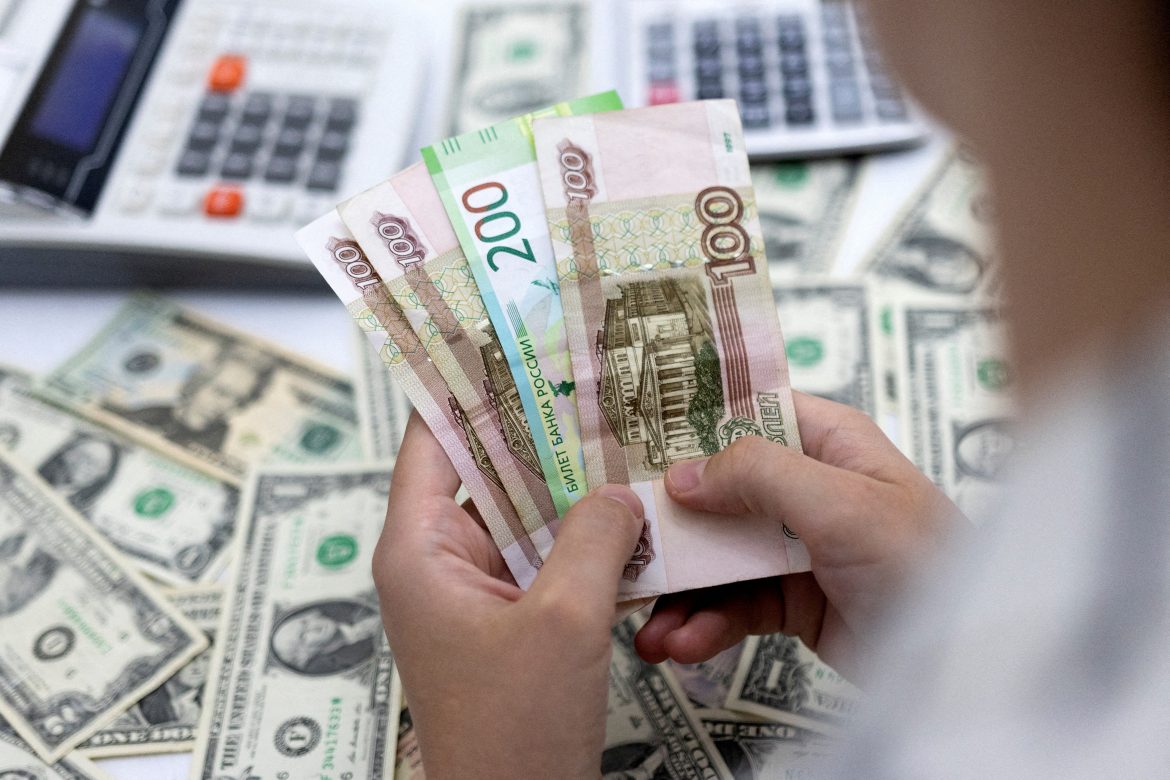 The Russian ruble surged on Monday to a near seven-year high against the dollar on Moscow Exchange, supported by capital controls and the promise of upcoming month-end tax payments, as the government presented its new budget.

The ruble, which has become the world’s best-performing currency http://fingfx.thomsonreuters.com/gfx/rngs/GLOBAL-CURRENCIES-PERFORMANCE/0100301V041/index.html this year, is steered by Russia’s high proceeds from commodity exports and a sharp drop in imports along with a ban on households withdrawing their foreign currency savings.

Top policymakers used Russia’s annual economic forum in St. Petersburg last week to highlight the ruble’s recent strength. There are concerns this could weigh on the economy as it tips into recession amid harsh sanctions over what Moscow calls a “special military operation” in Ukraine.

First Deputy Prime Minister Andrei Belousov said the ruble was overvalued and industry would be more comfortable if it fell to between 70 to 80 against the U.S. dollar.

The active discussion about a “fair” ruble shows there are concerns about the current level’s impact on the budget and imports, said Dmitry Polevoy, head of investment at Locko-Invest.

Finance Minister Anton Siluanov on Monday said the fiscal rule should be designed to help build up reserves and stabilize the ruble.

This week the ruble could extend gains as companies will need to pay taxes, for which export-focused firms usually convert their dollar and euro revenues.

“Exporters will likely begin to ramp up their FX sales this week, as they have around 1 trillion rubles ($18.91 billion) in tax and dividend payments looming later in the month,” said SberCIB Investment Research in a note.

“We still think the local currency may be able reach the 50 mark versus both the dollar and the euro by the end of the month, as offers of hard currency will continue to outweigh demand.”