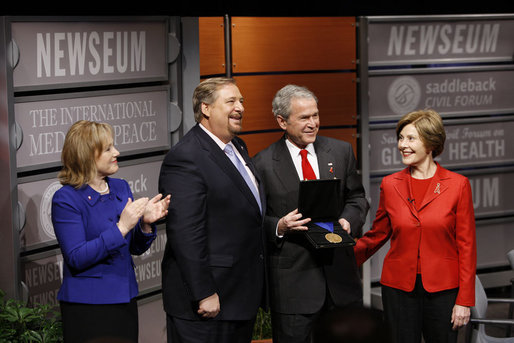 In the wake of Beth Moore’s recent dismissal of biblical complementarianism, gender roles in the church has been a hot-button issue in Christianity.  It appears another high profile evangelical group in the United States has abandoned biblical complementarianism.  Saddleback Church in southern California, the megachurch network of celebrity pastor Rick Warren, announced this past weekend that they have ordained three women to serve as associate pastors on the church staff.  Saddleback made the announcement on their Facebook page on Friday, calling the ordination a “historic night.”

Saddleback belongs to the Southern Baptist Convention (SBC), one of the most biblically faithful and theologically conscious denominations in the United States.  The SBC is known for upholding biblical complementarianism and reserving the office of pastor and elder to qualified men only.

This development could be troublesome for Saddleback.  In American contemporary Protestantism, it is not uncommon to find rampant biblical unfaithfulness in churches that first abandoned the doctrine of complementarianism.  Though it does not always happen, it is often the case that the ordination of women, an affront to the authority of Scripture laid out in 1 Timothy 2 and Titus 1, leads to other attacks on the Word of God, specifically in the areas of marriage and gender.

No matter what comes of this, it is likely Saddleback will part ways with the SBC, either on their own accord or by the actions of the denomination.

Speaking the Truth, Losing Everything, and Why It’s Worth It: Interview