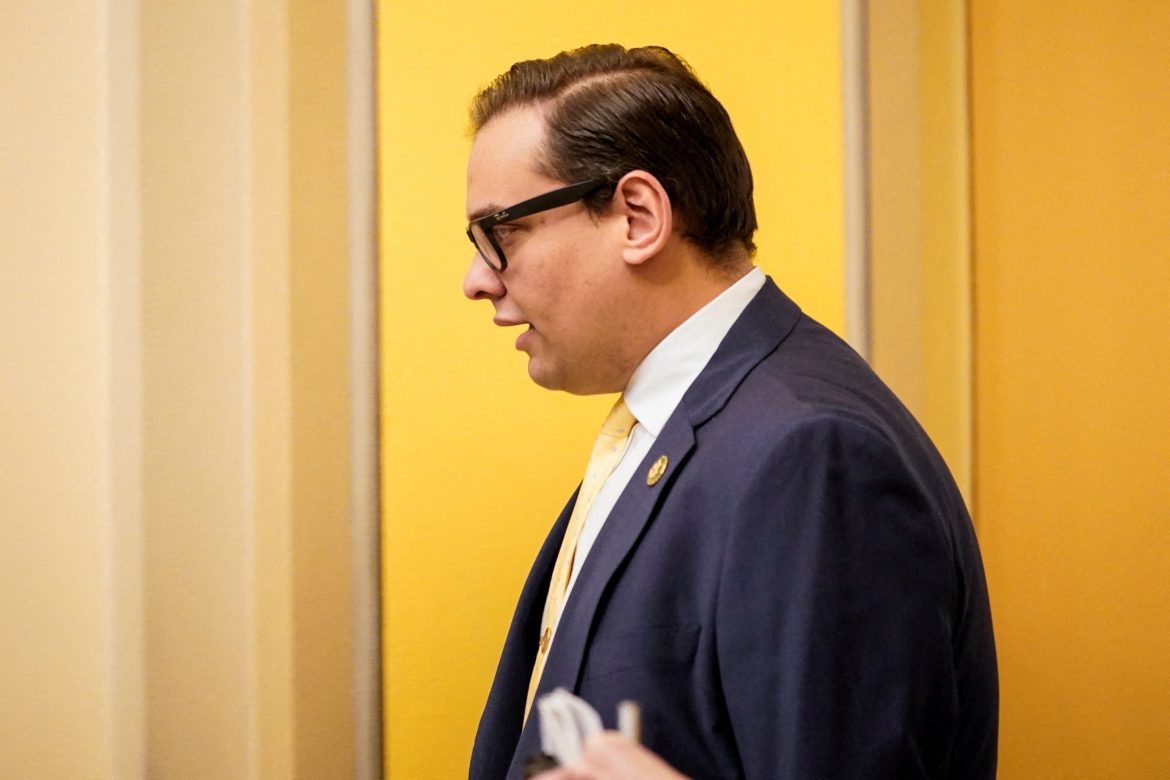 New York Republican Congressman George Santos continues to lose support from within his own party as a growing number of conservatives have been forced to confront the issue of dealing with a right-leaning colleague who has admitted to wrongdoing and faces more allegations.

Santos, who lied on his résumé and about his heritage as he sought election, now faces investigations into his campaign finance practices. He is, for American conservatives, particularly those who are Christian, an existential dilemma.

Christians are taught to have a deep-seated aversion to dishonesty, but George Santos is not the only liar to ever achieve office. Moreover, for all his faults, Santos is also one of the votes that allows Republicans to push back against the agenda of President Joe Biden and the progressive left.

Thus, for Christian conservatives, it’s not a matter of simply choosing between lies and honesty; it’s opting to back a conservative who has unquestionably behaved in a sinful manner and giving way to a leftist movement with numerous policies right-leaning Christians view as emanating from pits of Hell.

All Christians will have to decide on their own if this is the time for Christian forgiveness and erring on the side of political pragmatics or bearing down on a person who, among other things, pretended to be Jewish in order to get more votes.

Republicans in the House, whether or not they are Christian, face a similar challenge. Does one support Santos for the sake of the House majority or pressure him to leave for the sake of morality?

Santos, who said this week that he does not intend to resign and will leave Washington only if he is voted out of office in two years, will not provide an ethical side door for anyone stuck in this quandary.

“I was elected to serve the people of #NY03, not the party & politicians,” Santos tweeted Wednesday. “I remain committed to doing that and regret to hear that local officials refuse to work with my office to deliver results to keep our community safe and lower the cost of living. I will NOT resign!”

I was elected to serve the people of #NY03 not the party & politicians, I remain committed to doing that and regret to hear that local officials refuse to work with my office to deliver results to keep our community safe and lower the cost of living.

I will NOT resign!

It would be unfair to say that Republicans have rallied around Santos. They haven’t. The best he has received so far has been calls from some prominent Republicans that this is a matter for the people of New York’s 3rd District to adjudicate.

“It will play itself out … He’s a duly-elected member of Congress,” House Republican Party Conference Chair Elise Stefanik, another New Yorker, said on CNN.

But the size of that camp is dwindling by the day.

“This isn’t an embellished candidacy,” Former Speaker of the House Paul Ryan said to CNN’s Jake Tapper. “It’s a fraudulent candidacy. He hoaxed his voters, so of course he should step down.“

The majority of New York Republicans in the House have made similar statements. To date, Reps. Marc Molinaro, Mike Lawler, Anthony D’Esposito, Nick Langworthy, Nick LaLota, and Brandon Williams have all urged Santos to bow out of Congress.

“The people’s representatives must respect the need for transparency and candor with Americans,” Miller said in a statement. “It is not okay to fabricate or lie for political gain.”

Last month, FISM reported on the initial revelation that Santos, who is Catholic, pretended to be Jewish and also lied about having worked for Goldman Sachs and Citigroup as well as attended a pair of New York institutions of higher education.

Those lies alone led the Republican district attorney of Nassau County to launch an investigation, although as reported by FISM at the time, it’s unclear what charges the DA could bring against a politician who lied on the campaign trail.

But each new day has brought new allegations of wrongdoing in a story that has begun to border on the surreal.

Earlier this week NBC News reported that a member of Santos’ campaign staff had pretended to be a high-ranking member of Speaker of the House Kevin McCarthy’s staff during fundraising phone calls.

Even Santos’ defense has drifted into the realm of absurdity. The congressman, appearing on the “Steve Bannon’s War Room” podcast, said he would resign if the exact same people who voted him into office requested that he quit, which is impossible as secret voting ballots do not allow for anyone to know which citizen voted for which officials.

It should come as no surprise that progressives and Democrats have emerged to decry Santos as all things untoward, and Friday a progressive group known as Accountable.US requested the Federal Election Commission investigate Santos for, they say, using campaign funds to pay for his business expenses.

“With each passing day, Congressmen Santos’s rap sheet of potential crimes and outlandish lies continues to grow,” Kyle Herrig, president of Accountable.US, said in a statement. “The FEC has an obligation to hold him accountable — Speaker McCarthy and his MAGA majority certainly won’t, especially after gutting the Congressional Ethics Office.”

WHAT TO DO WITH SANTOS?

There truly is no simple solution for conservatives.

Even if all other conservatives in the House ask, Santos is under no obligation to resign. Absent a conviction or ethical wrongdoing in Congress, Republicans are hamstrung. They can only apply pressure in the hopes Santos will quit.

The easiest-sounding strategy for Republicans, which might work out to be the only option, is to allow Santos to serve out his term and then work to defeat him in 2024.

But the simple solution comes with risk. Depending on what Santos does, and how the investigations go, voters in New York’s 3rd District could swing toward the left.

Such swings are common in the 3rd. The district has voted Democrat in seven of the last eight elections, including going to Hillary Clinton by six percentage points in 2016 and Joe Biden by 10 in 2020. Prior to Santos’ win, the 3rd District’s seat had been occupied by a Democrat since 2013.

Lisa Marie Presley to be laid to rest at Graceland