Santos saga has devolved into the surreal 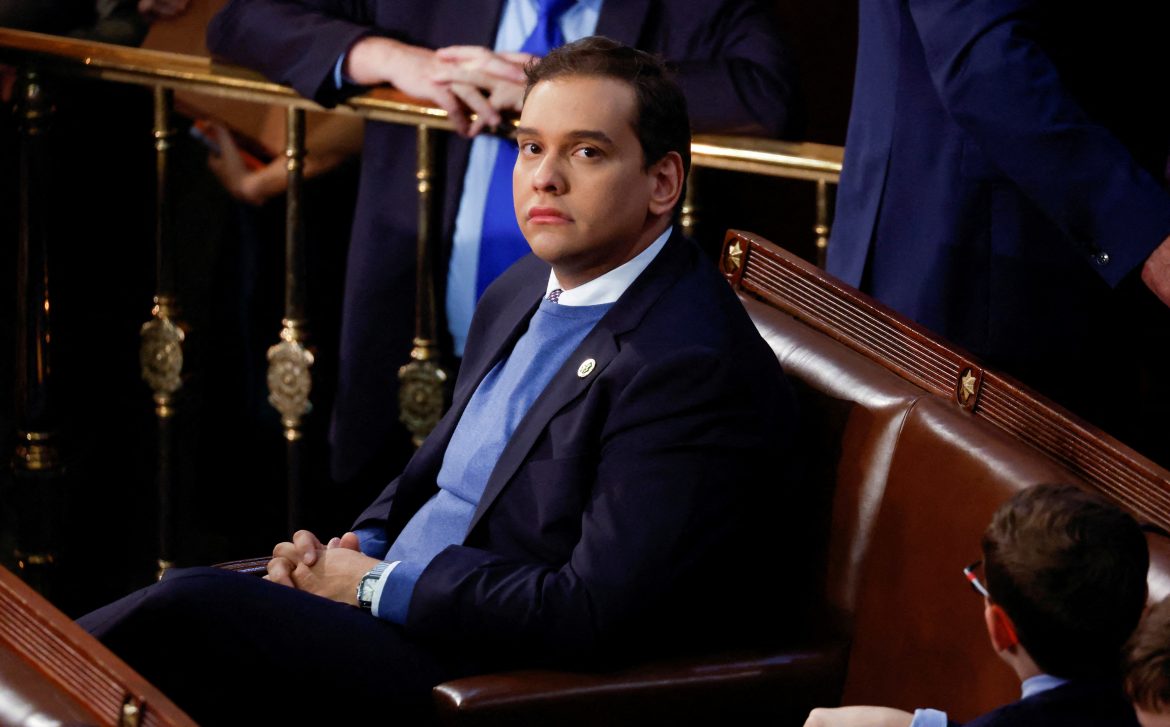 It will be hard for anyone to draw a case from the pantheon of American politics that will outrank the story of New York Congressman George Santos in terms of pure strangeness.

What began with the revelation of lies the Republican representative told en route to becoming a freshman member of the House, indeed the first openly gay Republican to ever hold such a seat, has morphed into a cavalcade of the absurd.

In recent days, Santos has been accused of stealing money from a dying dog, alleged to have once participated in a Brazilian drag pageant, and had his Twitter account banned and reinstated thrice.

We are a thrown chair, hail of profanity, and Steve Wilkos intervention in a scuffle away from this becoming an episode of the “Jerry Springer Show.”

And now, to the surprise of virtually no one, Santos is becoming a liability to Republicans.

“He’s going to have … an extremely difficult time, not just in Washington, D.C. … But especially back home, where there’s just cratering support by the day,” former New York Republican gubernatorial candidate Lee Zeldin said during an opinion on Fox Business’ “Kennedy” program.

Things in D.C. are, in a word, odd for Santos. He has been appointed to two committees; but, as previously reported by FISM, top Republicans have stated they want him ousted if an investigation reveals activity that violates Congressional ethics standards or campaign finance law.

The Hill reported Friday that Rep. James Comer (R-Ky.), chair of the House Committee on Oversight and Reform, called Santos a “bad guy” and that other Republicans in Washington want Santos to resign.

But, as reported last week on FISM, Santos has become a test of conservatives’ preference between legislative pragmatism and morality. Whether he stays or resigns, the damage in his district might be done and his seat might flip in less than two years, but Santos is a vote in favor of the right in the meanwhile.

It is anyone’s guess how the laundry list of new information about Santos will impact the ethics investigation, and Republicans have not yet made a truly hard play one way or the other on Santos’ future.

The most recent controversy for Santos, the Twitter stop-and-start, occurred throughout the day Friday and was reported by journalist Julie Tsirkin on her verified Twitter account.

Santos has remained active on his campaign account, activity necessitated by the more cartoonish allegations he now faces.

Thursday, Reuters reported that two associates had revealed Santos had competed in a drag show in Brazil some 15 years ago. Santos said the report was baseless.

“The most recent obsession from the media claiming that I am a drag Queen or ‘performed’ as a drag Queen is categorically false,” Santos tweeted. “The media continues to make outrageous claims about my life while I am working to deliver results. I will not be distracted nor fazed by this.”

The most recent obsession from the media claiming that I am a drag Queen or “performed” as a drag Queen is categorically false.

The media continues to make outrageous claims about my life while I am working to deliver results.

I will not be distracted nor fazed by this.

Tuesday, Patch reported that a pair of disabled veterans accused Santos of raising about $3,000 in aid of life-saving surgery for a service dog, money the veterans say Santos did not use as intended.

It appears Santos, through his involvement with a pet charity, told the veterans he reallocated the money for use with other pets, but the veterans seem to have harbored some doubts. Santos denied any wrongdoing.

“The reports that I would let a dog die is shocking & insane,” Santos tweeted Thursday. “My work in animal advocacy was the labor of love & hard work. Over the past 24hr I have received pictures of dogs I helped rescue throughout the years along with supportive messages. These distractions won’t stop me!”

He was right there, at least to a point.

Further, Santos has shown no interest in resigning.

But the more allegations mount, irrespective of their truth, the chances of Santos being shut out by his fellow Republicans will likely become greater.