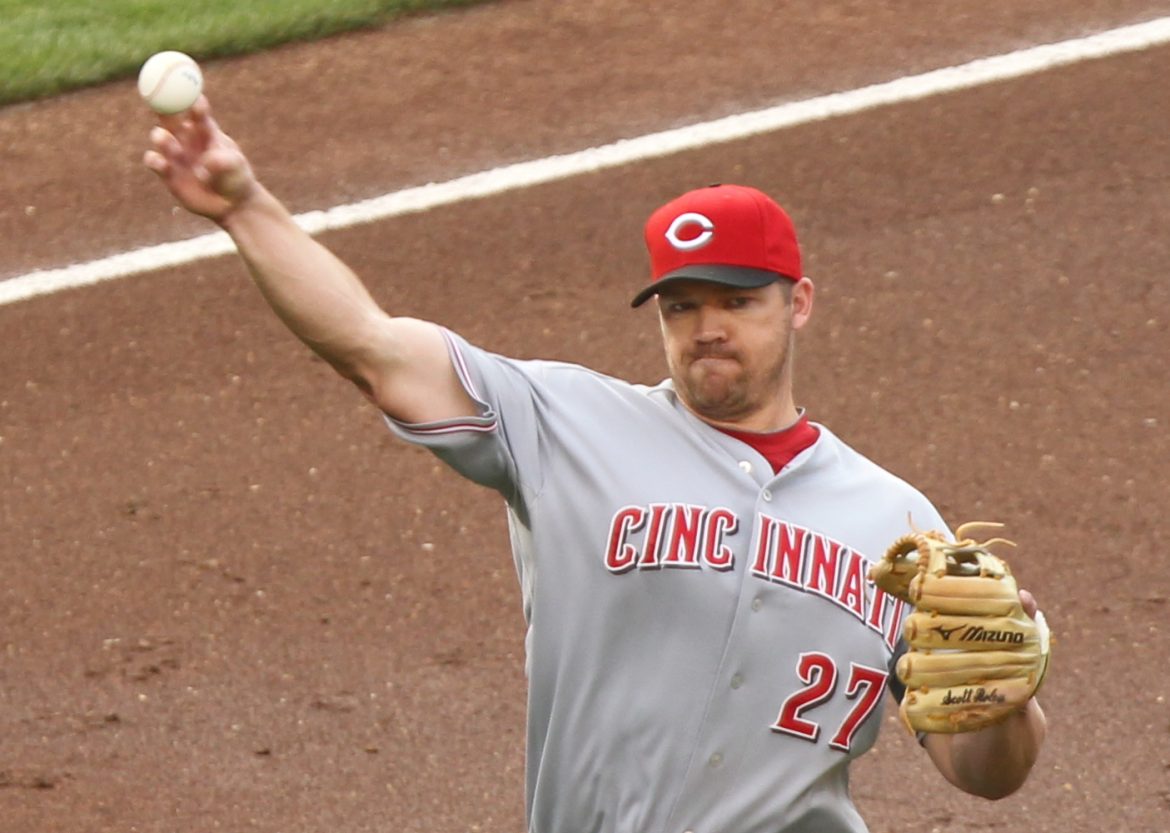 Shortly after Scott Rolen received one of the best phone calls an athlete could take, he went outside to throw a baseball around with his son.

The seven-time All-Star third baseman and eight-time Gold Glove winner was elected into baseball’s Hall of Fame on Tuesday. Rolen received 76.3% of ballots in his sixth year of eligibility to earn the honor. A minimum of 75% of ballots cast is required for election.

Rolen got in by the narrowest of margins. Former Colorado Rockies first baseman Todd Helton missed out after receiving 72.2% of the votes in his fifth try at an election. Reliever Billy Wagner got the third-most votes at 68.1%.

“When the phone call came and I saw baseball Hall of Fame on my phone,” Rolen said, “you kind of look around, like, that actually did just happen.”

Rolen was waiting at home in Bloomington, Indiana with his parents, wife, son, daughter, brother, and his brother’s family.

After he hung up the phone, Rolen and his family members cried. Then, he went outside with his son, Finn.

“It’s 30 degrees here. It’s going to snow about 12 inches tomorrow, and my son and I were in the driveway playing catch,” Rolen said.

Rolen played for the Philadelphia Phillies, St. Louis Cardinals, Toronto Blue Jays, and Cincinnati Reds. He batted .281 with 316 homers and 1,287 RBIs. Rolen was a unanimous pick as the 1997 NL Rookie of the Year and hit .421 as the Cardinals won the 2006 World Series.

Former first baseman Fred McGriff will join Rolen in the Class of 2023. McGriff was elected last month by the contemporary baseball era committee. They’ll be inducted on July 23 in Cooperstown, New York.

There were 26 other players on the ballot along with Rolen, Helton, and Wagner.

Players can remain on the ballot for 10 seasons after a five-year waiting period following retirement, provided they are listed on at least 5% of the ballot during a voting cycle.

Andruw Jones was up to 58.1%, Gary Sheffield got 55% in his next-to-last possible appearance and Jeff Kent received 46.5% in his final year. Kent can be considered by the contemporary baseball era committee in future years.

“You don’t think about this,” Rolen said. “You think about trying to do the best you can, play for your team, and play the game as best you can and there’s such a long road. I never thought that the Hall of Fame was going to be the answer.”

Voters can choose a maximum of 10 players on the ballot. Eight blank ballots were submitted by writers, who become eligible to vote after 10 consecutive years of membership in the Baseball Writers’ Association of America.

Of the 14 players who appeared on the ballot for the first time, only two reached the 5% threshold to remain under consideration next year. Carlos Beltrán received 181 votes (46.5%), and relief pitcher Francisco Rodríguez got 42 votes (10.8%).