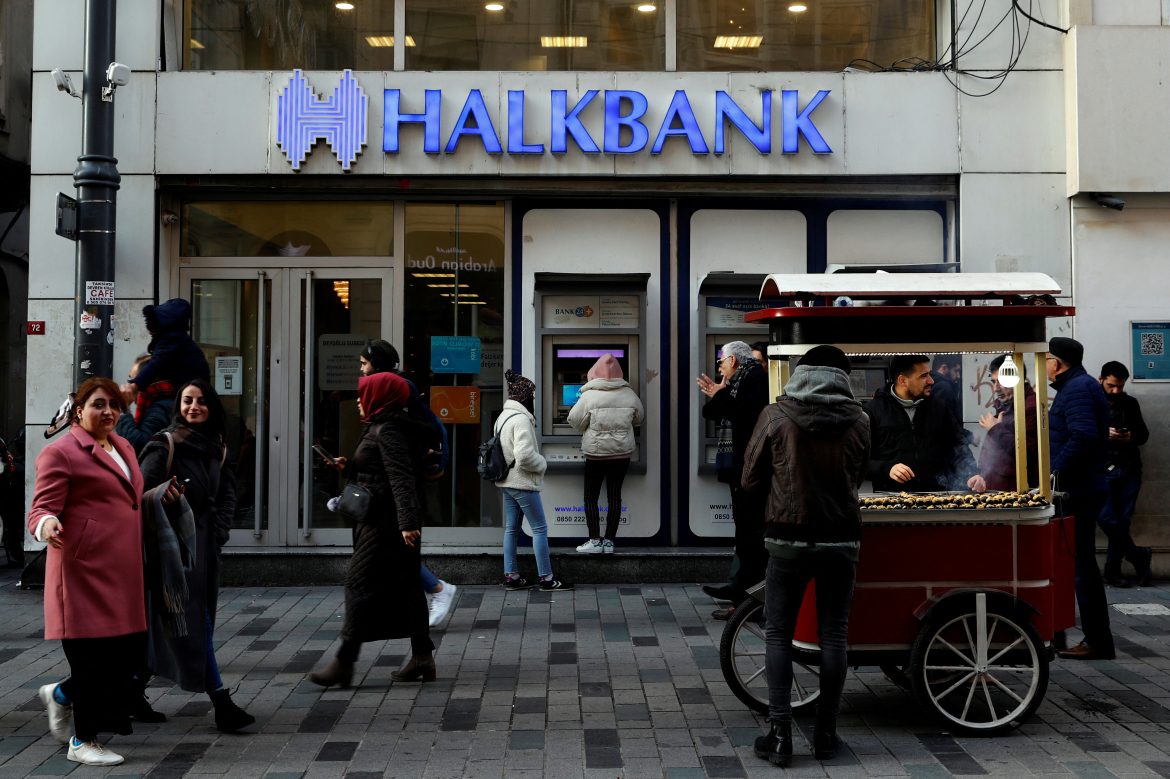 The nine justices heard arguments in Halkbank’s appeal of a lower court’s ruling in favor of the U.S. government that allowed the prosecution of the bank to proceed. The case tests Halkbank’s contention that it is shielded from prosecution because, as an entity majority owned by the Turkish government, it has sovereign immunity.

The justices raised numerous concerns about curbing the U.S. government executive branch’s authority to make decisions involving national security, as well as the potential consequences of criminally prosecuting one of a foreign government’s entities.

Justice Brett Kavanaugh said it would be “pretty bizarre” and “huge” for the court to tell a U.S. president that “this court is going to prohibit your exercise of national security authority.”

Halkbank has pleaded not guilty to bank fraud, money laundering, and conspiracy charges over its alleged use of money servicers and front companies in Iran, Turkey, and the United Arab Emirates to evade U.S. sanctions.

States, Gorsuch said, could be “free to try to bring lawsuits against Mexico for this or that, or perhaps China because of COVID, or who knows what a creative state prosecutor might come up with?”

Justice Sonia Sotomayor cautioned against giving federal or state prosecutors “the right to insult another nation by giving them this unbridled power to initiate suits.”

The bank said its view is backed up by a 1976 U.S. law called the Foreign Sovereign Immunities Act (FSIA) that limits the jurisdiction of American courts over lawsuits against foreign countries. President Joe Biden’s administration contends that the law does not apply to criminal prosecutions and, even if it did, the bank’s actions fall under the law’s exception to sovereign immunity for misconduct involving commercial activities.

The Manhattan-based 2nd U.S. Circuit Court of Appeals in 2021 ruled against Halkbank, concluding that even if the FSIA shielded the bank, the conduct for which it was charged falls under the commercial-activity exception.

Noting that international law prohibits one country from prosecuting another in its own courts, Halkbank told the Supreme Court in a filing that until the decisions in this case “no court had authorized the criminal trial of a foreign sovereign or its instrumentalities.”