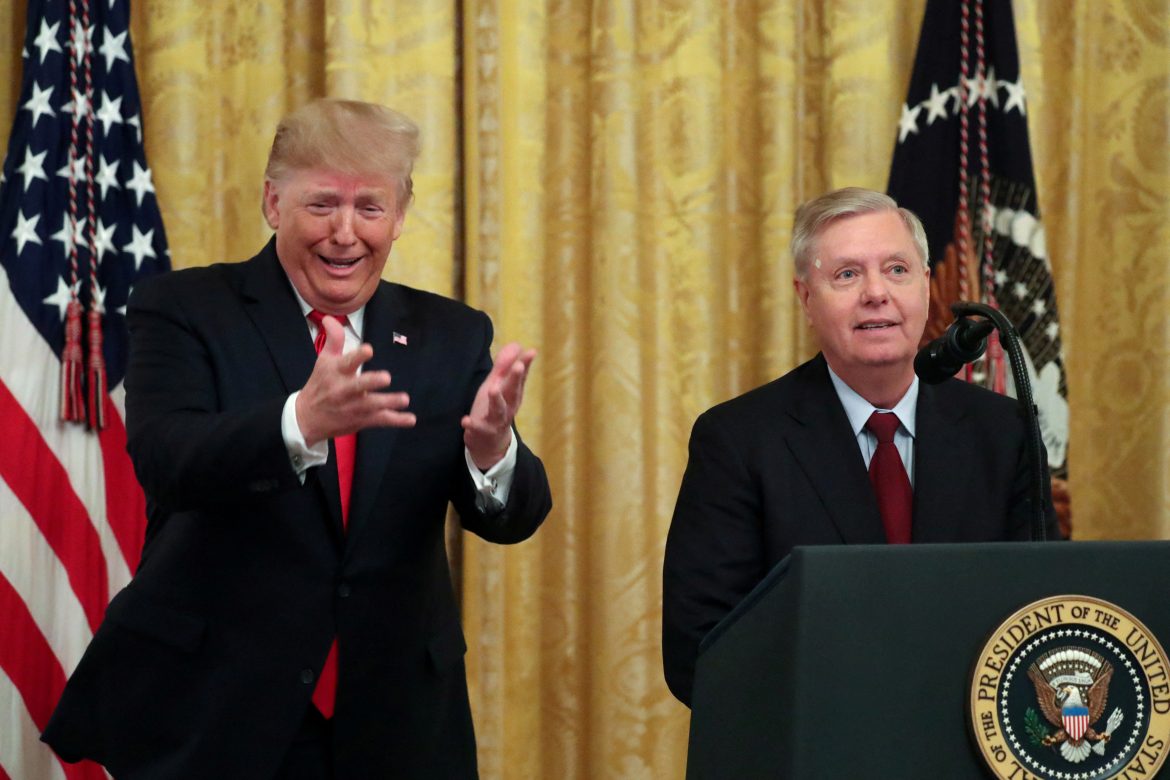 U.S. Supreme Court Justice Clarence Thomas on Monday temporarily blocked a judge’s order requiring Senator Lindsey Graham to testify to a grand jury in Georgia in a criminal investigation into whether then-President Donald Trump and his allies unlawfully tried to overturn 2020 election results in the state.

Thomas put the case on hold pending further action either from the justice or the full Supreme Court on a request by Graham, a Republican from South Carolina, to halt the order for testimony. Graham filed the emergency application to the Supreme Court on Friday after a federal appeals court denied his request to block the questioning.

Thomas acted in the case because he is designated by the court to handle emergency requests from a region that includes Georgia.

Graham has argued that his position as a senator provides him immunity under the U.S. Constitution’s “speech or debate” clause from having to answer questions related to his actions as part of the legislative process.

Fulton County District Attorney Fani Willis has subpoenaed Graham to answer questions about phone calls he made to a senior Georgia election official in the weeks after the November 2020 election.

Atlanta-based U.S. District Judge Leigh Martin May last month narrowed the scope of questions that Graham must answer from the grand jury, ruling that he is protected from having to discuss “investigatory fact-finding” that he was engaged in during his calls to state election officials.

However, May said he may be questioned about alleged efforts to encourage officials to throw out ballots or alleged communication with the Trump campaign. May rejected Graham’s bid to avoid testifying altogether.

Graham is not a target in the investigation but his testimony could shed further light on coordination among Trump allies to reverse the election results.

The senator’s lawyers said in his application that the testimony would “undisputedly center on Senator Graham’s official acts — phone calls he made in the course of his official work, in the leadup to the critical vote under the Electoral Count Act.”

Trump continues to appear at rallies repeating his claims that the 2020 election won by Democrat Joe Biden was stolen from him through widespread voting fraud.

The investigation was launched after Trump was recorded in a Jan. 2, 2021, phone call pressuring Georgia Secretary of State Brad Raffensperger to overturn the state’s election results based on claims of voter fraud. During the phone call, Trump urged Raffensperger, a fellow Republican, to “find” enough votes to overturn his Georgia loss to Biden.

The transcript of the call quotes Trump telling Raffensperger: “I just want to find 11,780 votes,” which is the number Trump needed to win Georgia. Trump has denied wrongdoing in the phone call.