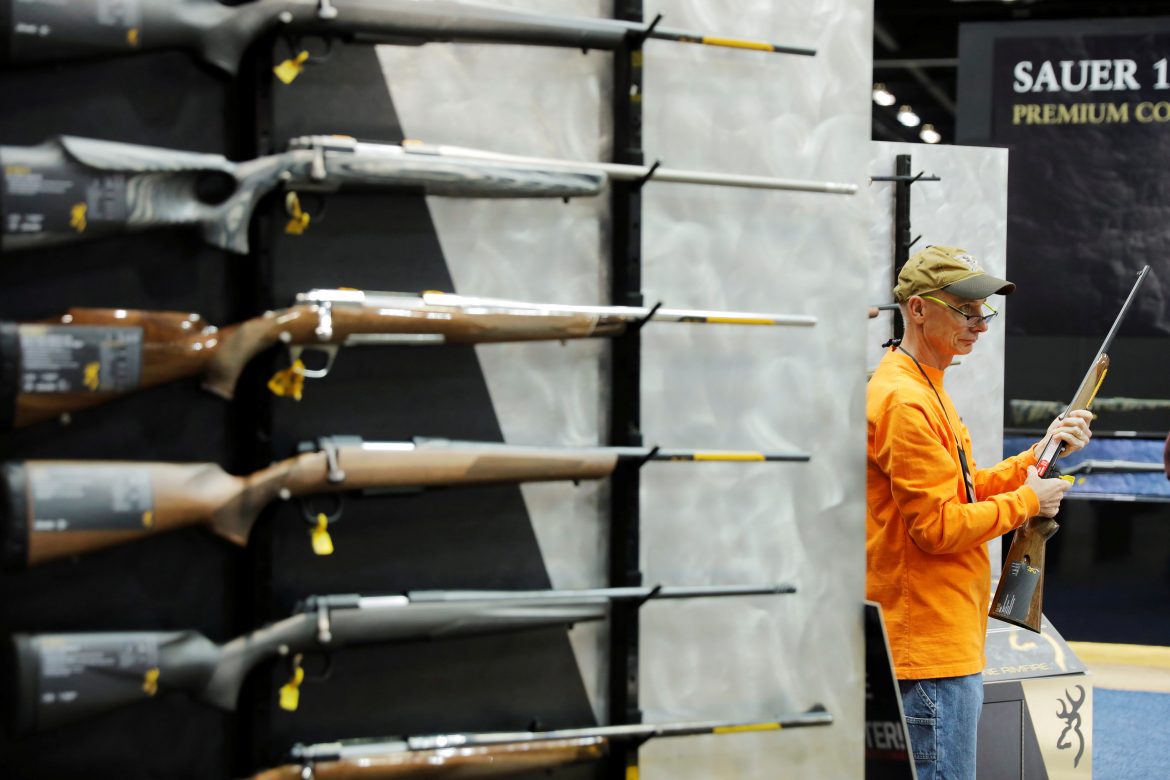 Although the United States’ newly minted gun law does not restrict most Americans’ access to any firearms, gun rights advocacy groups spent much of Saturday rallying support for a legal and legislative fight against what they perceive as a thinly veiled effort to build toward the types of tighter restrictions gun owners fear and for which leftists clamor.

The NRA, the best-known gun advocacy group in the U.S. marked President Joe Biden’s Saturday signing of the Bipartisan Safer Communities Act, the first major gun legislation to be passed in about 30 years, by marveling at just how fast the process went.

“Gun Control Bill Signed Into Law by Biden,” an NRA tweet read. “Bill was just introduced on Tuesday, jammed through, & signed just 4 days later. Make no mistake, behind the façade and the contrived talking points of safety, school security, and mental health, THIS IS A GUN CONTROL BILL.”

Make no mistake, behind the façade and the contrived talking points of safety, school security, and mental health, THIS IS A GUN CONTROL BILL.

On Friday, when the fate of the bill became sealed upon its passage in the House, Gun Owners of America warned that the legislation was a means by which the Biden Administration would “implement backdoor universal background checks, financially incentivize “red flag” gun confiscation laws at the state level, and establish unconstitutional waiting periods for 18-20-year-old adults who wish to purchase a firearm.”

But GOA wasn’t just upset with Biden or Democrats. The group had plenty anger saved for the Republican senators and congresspeople who made the bill’s passage possible.

“On the heels of a landmark ruling that restored the historic rights of gun owners across the country, Democrats teamed up with RINO Republicans to pass the most radical gun control package in a generation,” Eric Pratt, GOA’s senior vice president, said in a statement. “Our leadership in Washington has utterly failed, and the so-called Republican legislators who voted for this bill have revealed their true feelings about [your] God-given rights.”

Pratt later added, “The fight has just begun, and GOA and our partners stand ready to defeat this unconstitutional package in court, and to ensuring that the Republicans who helped pass this abomination, many of whom hail from the most pro-gun states in the nation, are never given the privilege of serving in elected office again.”

GOA and our partners will be looking ahead for legal opportunities to scrap this unconstitutional legislation. Join us here ➡️ https://t.co/1MLZKzbHuo

Since Republican and Democrat negotiators reached the agreement that became the gun law, the NRA has warned that the legislation would lead to dire consequences for law-abiding gun owners and vowed to fight to have the law repealed or overturned.

However, before it can continue its fight, the NRA will be forced consider how it wields its lobbying power. Nine of the 11 senators to whom the NRA has offered the most financial support voted in favor of the new law, a fact confirmed by cross-referencing a database kept by the gun-control advocate the Brady Center to Prevent Gun Violence. The tidbit was also picked up on by the National Association for Gun Rights, which brands itself as a more conservative alternative to the NRA and shared a screenshot of an article by Newsweek written in late May.

“Would you look at that! 9 out of top 11 highest NRA funded US Senators voted FOR selling out your gun rights to the Democrats,” a tweet from NAGR reads. “In other words this compromise was brought to you by the @NRA.”

Would you look at that!

9 out of top 11 highest NRA funded US Senators voted FOR selling out your gun rights to the Democrats.

In other words this compromise was brought to you by the @NRA.

Barring a huge swing in the House and Senate, the fight for gun-rights groups will have to be waged exclusively  in U.S. courtrooms. Just 33 senators voted against the bill and, although 193 members of the House opposed it, a Democratic majority held the day.