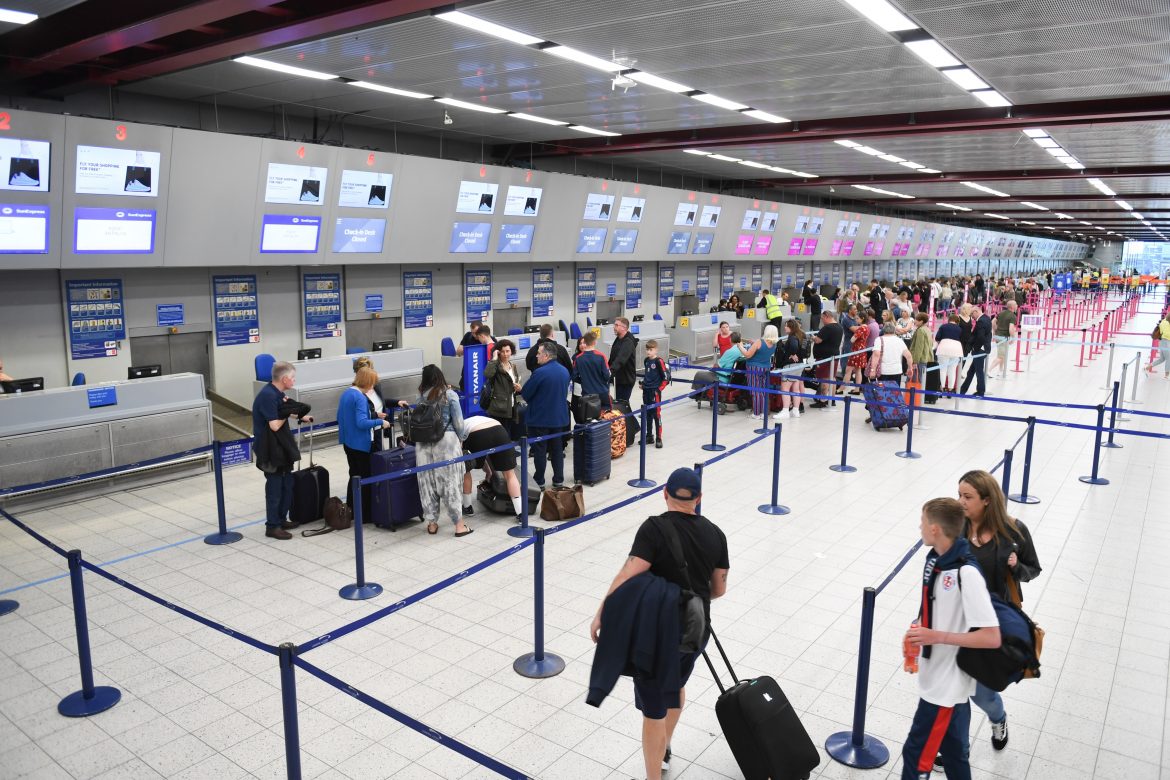 A growing number of officials in Europe are expressing concern that the body, vehicle, cargo, and luggage scanning devices used at major airports and security hotspots across the continent were all produced by a Chinese company with direct ties to both China’s military and ruling party.

As first reported by the Associated Press, scanners at locations ranging from airports at NATO countries’ Russian borders to the World Economic Forum in Switzerland have all been manufactured by Nuctech, a company the U.S. has identified as a potential security concern.

The worry among U.S. and European leaders is that Nuctech has the ability to share sensitive date with the Chinese Communist Party and military.

“The data being processed by these devices is very sensitive,” the AP quotes Bart Groothuis, director of cybersecurity at the Dutch Ministry of Defense, as having said. “It’s personal data, military data, cargo data. It might be trade secrets at stake. You want to make sure it’s in [the] right hands. You’re dependent on a foreign actor which is a geopolitical adversary and strategic rival.”

The company has denied sharing any data with China.

“It’s our equipment, but it’s your data,” Robert Bos, a deputy general manager of Nuctech, told the AP. “Our customer decides what happens with the data.”

He later added, “It’s quite frustrating to be honest. In the 20 years we delivered this equipment we never had issues of breaches or data leaks. Till today we never had any proof of it.”

The matter isn’t as simple as data breeches and leaks. Chinese law dictates that companies must provide data to that nation’s security officials upon request, meaning European infrastructure data could be exposed to such a request if it is ever stored within the borders of China.

Whatever threat Nuctech might pose to Europe, it has no meaningful presence in the United States.

Numerous U.S. legislative committees have logged concerns about the company, and the Transportation Security Administration long ago ruled Nuctech equipment was ineligible for use in American airports.

The issue of Chinese surveillance has become a prevalent worry among American officials. This week, Team USA athletes were warned to leave their cellphones and other devices stateside for fear of malware and other attacks at the Beijing Olympics, and last month the U.S. government added eight names to the growing blacklist of Chinese companies the U.S. Treasury has identified as having engaged in surveillance.

According to the company’s LinkedIn profile, Nuctech was founded in 1997 at Tsinghua University.