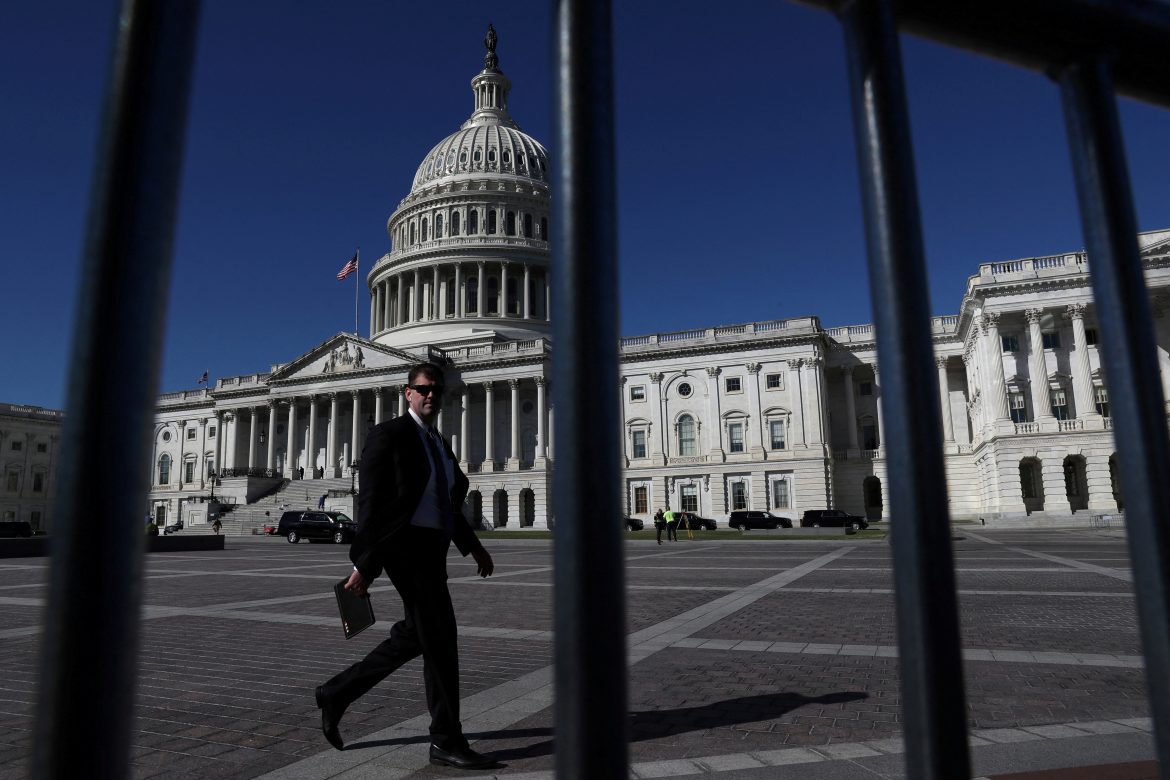 The U.S. Senate will aim to vote on a bill this week to keep the federal government operating for one week past a Friday deadline, as Democrats and Republicans bicker over a longer-term measure likely to spend more than $1.5 trillion, Majority Leader Chuck Schumer said on Monday.

“Over the weekend, appropriators held positive and productive conversations,” Schumer said in a speech to the Senate. Referring to a short-term bill known as a “continuing resolution [CR],” he added, “Later this week members should be prepared to take quick action on a CR, a one-week CR, so we can give appropriators more time to finish a full-funding bill before the holidays.”

The latter legislation, known as an “omnibus” bill is being crafted to fund the government through next September and would have to be passed by the Senate and House of Representatives.

Senate Republican Leader Mitch McConnell warned, however, that the omnibus must contain an increase in defense spending, but not in non-defense domestic accounts.

Failure to do so would mean that Congress would have to pass another stop-gap bill into early next year, he added.

This end-of-year battle over budget priorities has become a ritual on legislation that was supposed to have been enacted by Oct. 1, when Washington’s fiscal year started. Republican Senator Richard Shelby last week told reporters that negotiators were about $25 billion apart ⁠— a mere 1.7% of last year’s spending.

None of the one-dozen appropriations bills have been agreed upon by the House and Senate, meaning that without congressional action operations ranging from air traffic control and national parks to medical research and environmental programs could be strained when existing funds expire at midnight Friday.

Leaders of both parties have said a simple extension of current spending through the Sept. 30, 2023 end of the current fiscal year would dangerously shortchange national security programs.

If these gambits were to fail, Washington would be staring down a domino effect of federal worker furloughs. Four years ago, that is exactly what occurred and it turned into a record-long, 35-day interruption in government services that nearly resulted in the closing of major airports on the East Coast.