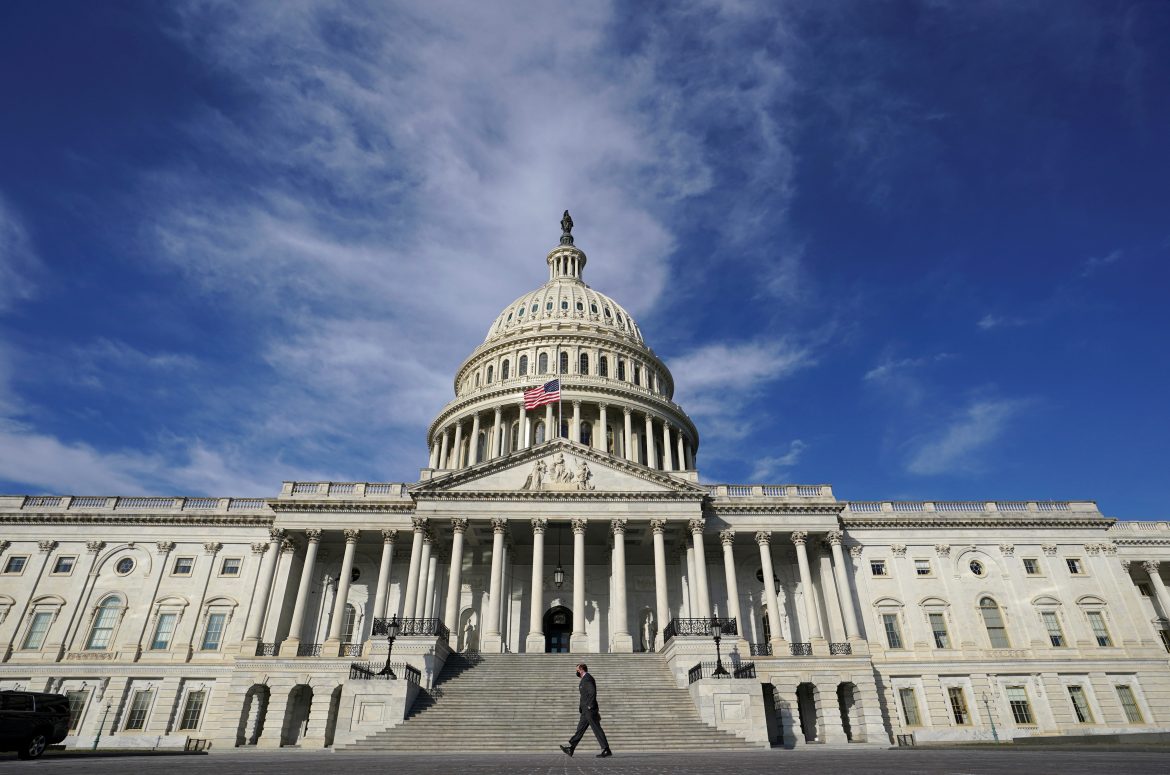 The Senate passed Biden’s $1.9 trillion relief package on Saturday 50-49 strictly along party lines. The final vote ended the longest session in modern times at 27 hours. The marathon came as a result of an 11-hour reading of the bill at the request of Senator Johnson (WI-R), infighting among Democrats over certain aspects of the bill, and a vote-a-rama in which Republicans proposed numerous amendments to the bill.

In the end, the Democrats were able to push through Biden’s first priority since taking office without any Republican support or bi-partisan compromise. The public focus of the bill is that Americans within a certain income range will receive $1,400 government checks, however the majority of the $1.9 trillion allocated in the so-called “relief” bill will be used for items that have little or nothing to do with COVID relief.

Throughout the night on Friday, Republican lawmakers brought up concerns in regard to the bloated bill, and saw practical amendment after amendment shot down. Some of the amendments that the Democrats refused to consider include: providing only “need-based” state and local relief in direct relation to COVID costs, providing assistance to private schools in a similar fashion as the bill is providing to public schools, preventing schools who remain closed from receiving relief money, preventing inmates (who do not pay taxes) from receiving a relief check, and preventing illegal aliens from receiving a relief check.

Democrats just voted against my amendment that would have prevented American taxpayer dollars from being handed out to illegal aliens in the form of $1,400 stimulus checks. https://t.co/zYNGrC9dqZ

Democrats had an internal standoff that resulted in a reduction in unemployment payments to $300. Moderate Democrat Senator Joe Manchin stood opposed to the $400 unemployment benefit that was a part of the original bill. This left the bill in limbo as the Democrats scrambled to reach a compromise, since they needed every vote for the American Rescue Plan to pass.

Sen. Bernie Sanders (VT-D) also put to vote the raising of the minimum wage to $15 despite the fact that the Senate parliamentarian had ruled that it could not be a part of the bill under reconciliation – the method by which Democrats could pass the bill through with a simple majority. This was easily voted down 42-58, with eight Democrats defecting ranks.

The finalized bill passed around 12:30 Saturday afternoon, without the need of Vice President Kamala Harris’ tie-breaking vote. Dan Sullivan (AK-R) was not present for the vote as he had left Washington D.C. to attend a family funeral.

The leaders of the two parties had opposite reactions to the passing of the bill on Saturday. Majority Leader Chuck Schumer praised the bill, saying, “It’s one of the most significant anti-poverty bills in modern American history that will help millions and millions who are struggling just to get by.” Minority Leader Mitch McConnell, however, felt very differently, saying,

The Senate has never spent $2 trillion in a more haphazard way or through a less rigorous process.

The bill will now head back to the House of Representatives to be approved, which is expected to happen early next week, before being sent to President Biden for his signature.

The Fight That Conservatives and Christians Face: CPAC Interviews from Day 3