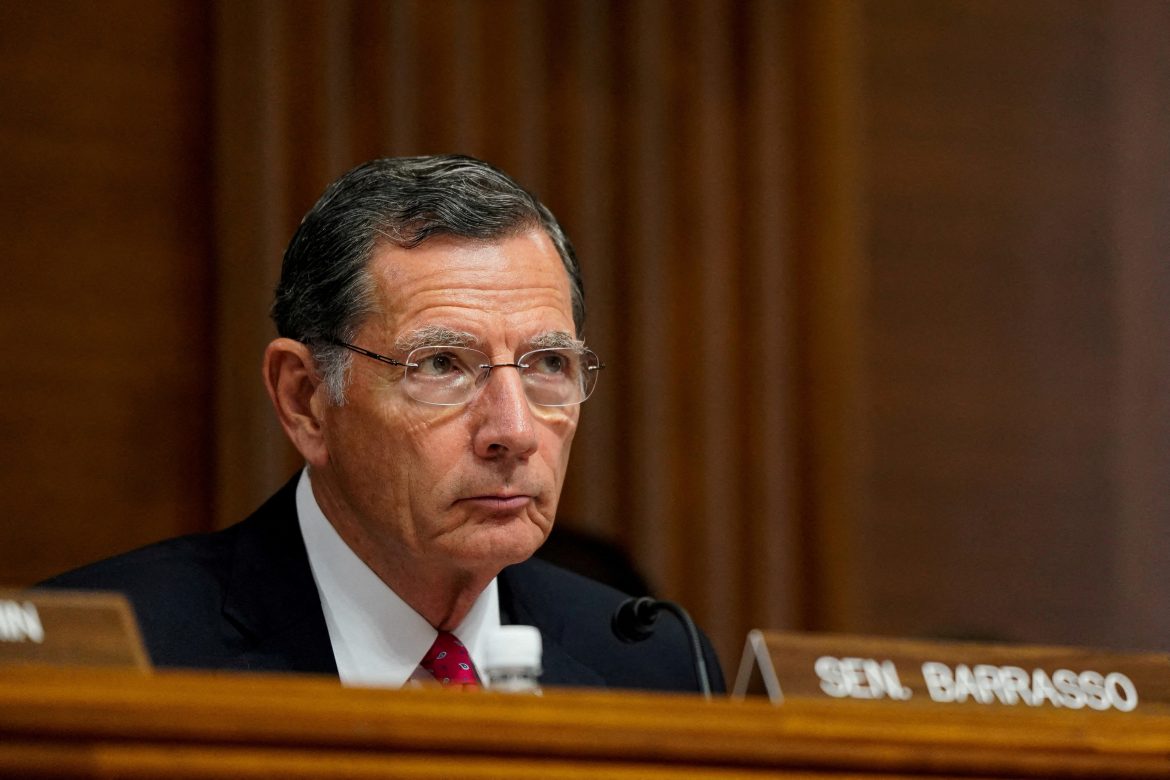 Last week, Sen. John Barrasso (R-Wyo.), the ranking member of the Senate Committee on Energy and Natural Resources, sent a letter to the Biden administration questioning a large grant given to a company with ties to China.

At issue is a $200 million grant awarded by the Department of Energy to Microvast, a battery manufacturer headquartered in Dallas but with operations in Germany and China.

Barrasso argues that Microvast operates “primarily’ in China and in noncompliance with certain U.S. laws.

“[Before] Microvast received its grant from DOE, it was listed by the SEC in May of 2022 as a company not in compliance with the Holding Foreign Companies Accountable Act (HFCAA),” Barrasso wrote. “This law is intended to prevent companies that employ China-based auditors, as does Microvast, from obscuring their financial records from U.S. regulators.”

While it has ties to the west, Microvast is substantially more connected to China, a fact that has multiple Republicans calling for more oversight.

“Microvast itself discloses that the Chinese government ‘exerts substantial influence’ over their business activities,” Rep. Frank Lucas (R-Okla.) tweeted. “Given the extremely irresponsible decision to grant taxpayer dollars to a company with such close ties to the CCP, Congress is demanding accountability.”

Microvast itself discloses that the Chinese government ‘exerts substantial influence’ over their business activities.

Given the extremely irresponsible decision to grant taxpayer dollars to a company with such close ties to the CCP, Congress is demanding accountability. https://t.co/A1Q6D2Y60E

In a letter to Secretary of Energy Jennifer Granholm, Barrasso said granting money to Microvast “undermines and endangers our national security” and is a violation of the spirit of the bipartisan infrastructure bill from which the money was derived.

“Microvast’s close relationship with China is no secret,” Barrasso wrote. “Even in the midst of the PRC siphoning hundreds of billions of dollars in research and development (R&D) from the United States each year, Microvast stated in recent Securities and Exchange Commission (SEC) filings that it will … plan to continue leveraging [its] knowledge base in the PRC and to continue expanding [its] R&D efforts there as well.’”

Another of Barrasso’s concerns is that even though the company is based in the United States, it maintains such a connection with and presence in China that offering Microvast federal money is akin to sending funds to a foreign land and at the expense of American businesses.

“I remind you that the Bipartisan Infrastructure Law was ostensibly intended to develop robust domestic manufacturing bases and supply chains free from the predations of [China],” Barrasso wrote. “DOE distributing $200 million in taxpayer funds to a company joined at the hip with China is demonstrably antithetical to the Bipartisan Infrastructure Law’s intent. It is clear DOE’s actions directly undermine the United States’ position in its race against China for technological supremacy.”

As of this writing, Granholm has not responded to Barrasso’s inquiry. However, she had been tweeting about the numerous ways the Biden administration is funding the development of batteries and related tech at domestic businesses.

“Lithium-ion battery manufacturing is getting better and better,” Granholm tweeted. “One of our @ENERGY National Labs, @ORNL, is working to make the production process faster, cleaner, and cheaper.”

Lithium-ion battery manufacturing is getting better and better.

One of our @ENERGY National Labs, @ORNL, is working to make the production process faster, cleaner, and cheaper. https://t.co/BGTvGeOArs

Barrasso has requested Granholm respond to his letter by Dec. 21.