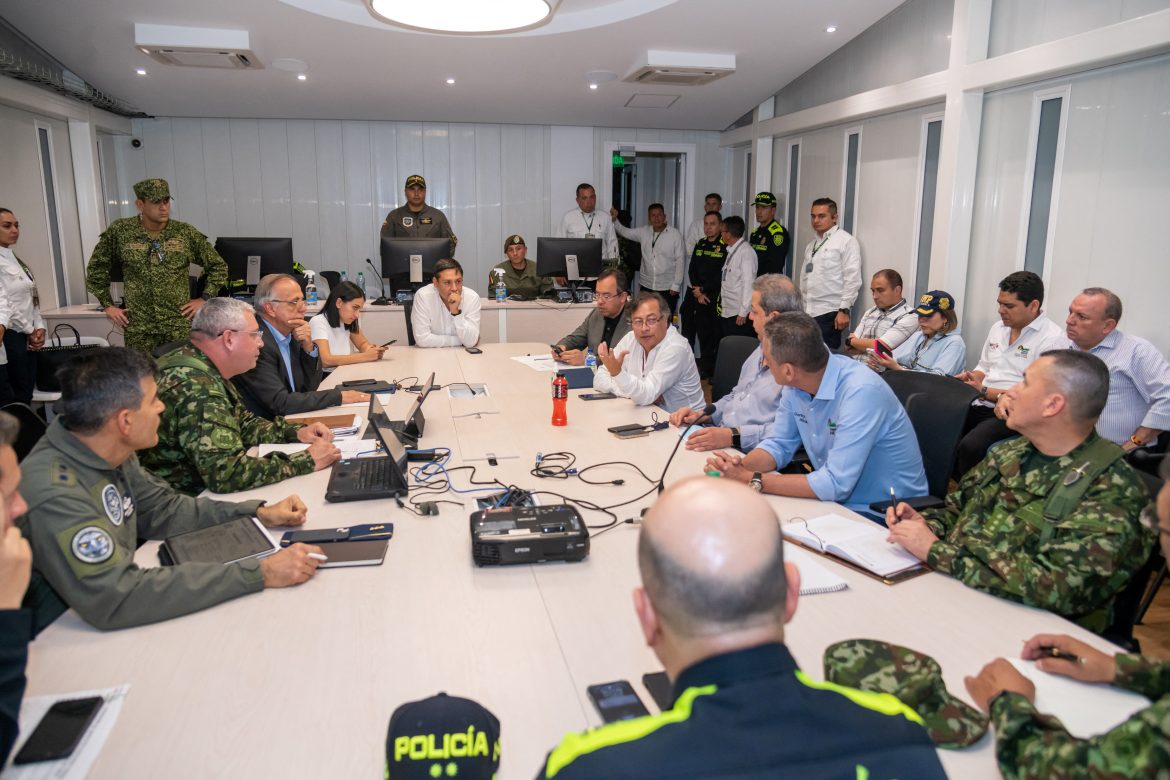 Petro, a former member of the M-19 guerrilla, has pledged to seek “total peace” by restarting talks with leftist ELN rebels, applying a 2016 peace accord to former FARC guerrilla fighters who reject it, and negotiating the surrender of crime gangs in exchange for reduced sentences.

“I forcefully reject the attack with explosives in San Luis, Huila,” Petro said on Twitter, quoting a death toll of eight, which was later revised. “These acts are a clear sabotage to total peace.”

The national police and attorney general’s office said late on Friday that seven police officers – including three aged 20 or under – were killed and one was injured.

Petro traveled to the regional capital Neiva with his defense minister and other officials for a security meeting following the attack.

The vehicle in which the officials were traveling was hit with explosives, the national police said in a statement.

Petro did not name the perpetrators of the attack, but so-called dissidents from the now-demobilized Revolutionary Armed Forces of Colombia (FARC) rebels operate in the area, according to security sources.

Dissident groups reject the peace accord negotiated by their former leadership and count some 2,400 fighters in their ranks, according to the government.

Several well-known dissident commanders have been killed recently, many in fighting across the border in Venezuela.

Colombia’s conflict between the government, leftist guerrillas, right-wing paramilitaries and drug trafficking gangs killed at least 450,000 people between 1985 and 2018 alone.

Cure for binge eating could lie in implanted brain device