Signing Santa brings cheer to deaf children across the nation 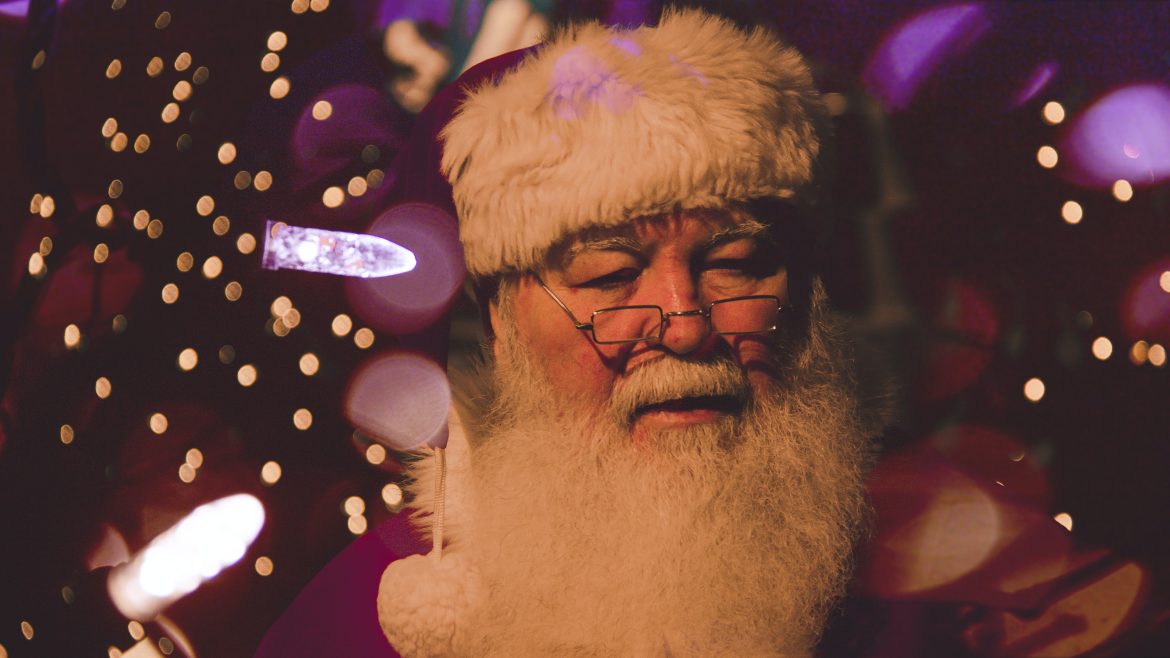 Each year across the United States of America, children and parents wait in line for the chance to list Christmas wishes to Santa Clause. But when the child is deaf and unable to speak outside of American Sign Language (ASL), this meeting is often limited to a thumbs up or a pat on the back. That’s why one traveling Santa’s special mission brought joy to so many kids this year.

Santa Charles is an authorized Santa Claus who is also deaf. In fact, when he’s not dressed in a red shirt he bears a striking resemblance to the Texas School for the Deaf‘s residential counselor Charles Graves, 53.

While Santa Charles has been part of the holiday scene in Texas for the past four years, this year he left the Lone Star State in a multi-state trek to bring happiness to children who are deaf or hard of hearing.

“There are a lot of hearing Santas out there,” Graves told DCist recently during one stop in Washington D.C., but not a lot of Santas who are capable of speaking ASL to a child.

He added, “And for that child to be able to look up to somebody who’s like them … that’s why I do this.”

“With so many children in our area who are deaf or hearing-impaired, this Christmas will be magical, memorable, and truly authentic,” Jennifer Cerasani, the director of marketing for the Gaylord National Resort, said to the D.C.-based WUSA9 news agency.

Graves’s own experience as a deaf child with Santa Claus was a partial inspiration for the time, energy, and money he spends as a professional Santa Claus today. In addition to travel expenses, it takes hundreds of dollars just to graduate from Santa school.

“As a child, I was very excited to receive a gift, but then you just kind of go away and you’re like, there’s no connection there,” Graves told AP News in November. “Children look at me now and they’re like, wow, you know, there’s a connection there with the deaf culture. And I can always connect with the hearing kids as well.”

However, Graves also told ABC News that his wife also encouraged him to don the red suit. His white beard and physique made him a natural choice for the role.

“I could see it in the mirror. I felt like the real Santa Claus. It was magical,” he said.

Besides Washington D.C., Graves has also visited California, his home state of Texas, Maryland, and has also done Zoom visits with children during this holiday season.

He travels with his translator and marketing assistant Anthony Mowl. Mowl was also born deaf. His daughter was one of Santa Charles’s first visitors.

“He just took my heart away,” Mowl said to DCist. “Every child should be able to see a Santa that they can relate to, that they can understand, and is a reflection of themselves.”