Six neighbors killed in condo dispute in Toronto including suspect, 73 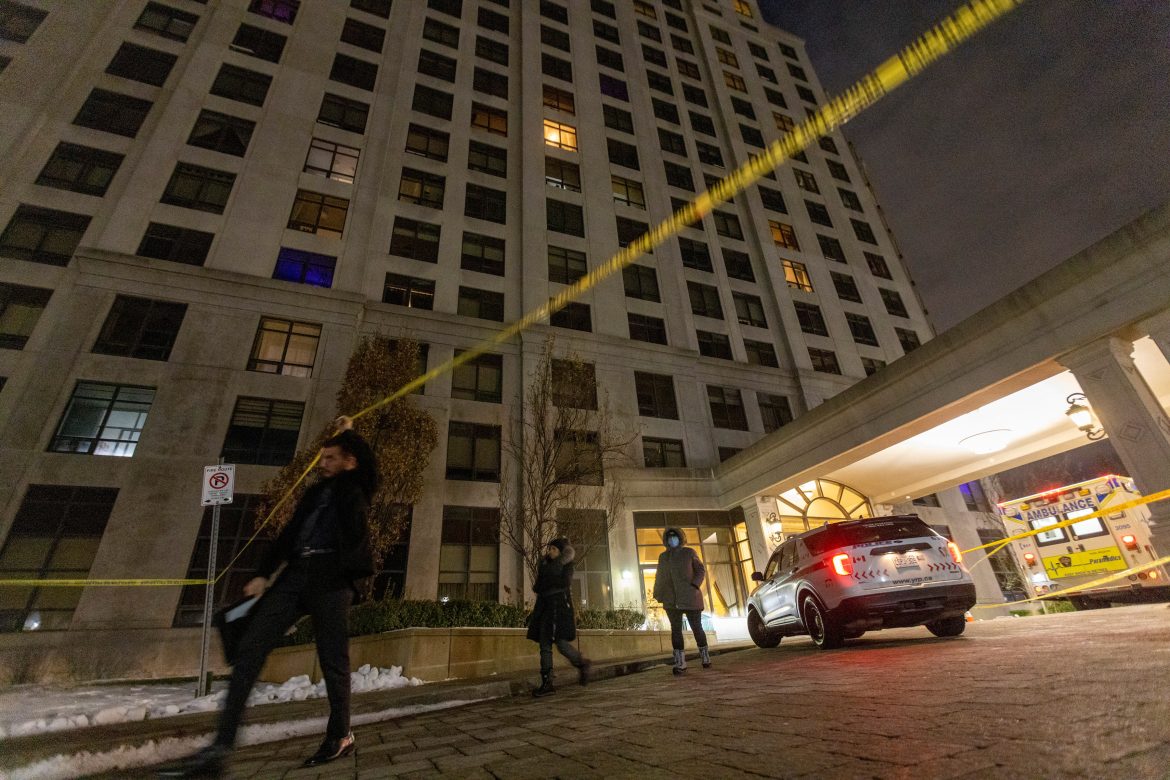 Six people, including the suspect, died and one person was wounded in a shooting at a high-rise condominium building near Toronto on Sunday when a 73-year-old gunman is alleged to have killed his neighbors before being shot dead by police.

Police said three of the victims were members of the condominium’s board. The suspect, Francesco Villi, had been involved in ongoing litigation with the board, according to Canadian media, citing court documents.

Police received a call about an active shooter in the Ontario city of Vaughan, a Toronto suburb, at about 7:20 p.m. ET on Sunday, York Regional Police Chief Jim MacSween told reporters.

MacSween said police fatally shot the suspect in a hallway of the 16-story building after he allegedly killed three men and two women. A 66-year-old woman is in the hospital with serious injuries. The victims were shot in separate units on different floors, police said.

“Three victims were members of the condominium board but the motive for the shooting remains part of this very complicated and very fluid investigation which is still ongoing at this time,” he said.

Citing court documents, the Globe and Mail newspaper said there had been a years-long long history of confrontations between Villi and his neighbors. The newspaper said that a 2019 court order prohibited Villi from communicating with the condo board or condo employees.

In a Facebook video posted before the incident, an elderly man who identified himself as Villi and gave his address as the building where the shootings took place, spoke about his dispute with the condo’s board, saying they and court officials were conspiring against him and “working to destroy me”.

Reuters could not independently verify the authenticity of the video. A police spokesperson declined to comment on the video.

Authorities recovered a semi-automatic handgun that they believe was used in the shootings, a spokesperson for Ontario’s Special Investigations Unit (SIU) told reporters.

The SIU said the suspect’s post-mortem examination was scheduled for Tuesday.

Canada has much stricter gun laws than the United States, but Canadians are allowed to own firearms providing they have a license. Restricted or prohibited firearms, like handguns, must also be registered.

“Everybody is horrified … to wake up to this news this morning, to hear it last night. People are just in absolute shock,” Vaughan Mayor Steven Del Duca said on Monday.

“To the families and friends of the victims of yesterday’s shooting in Vaughan: I’m keeping you in my thoughts,” Prime Minister Justin Trudeau said on Twitter.