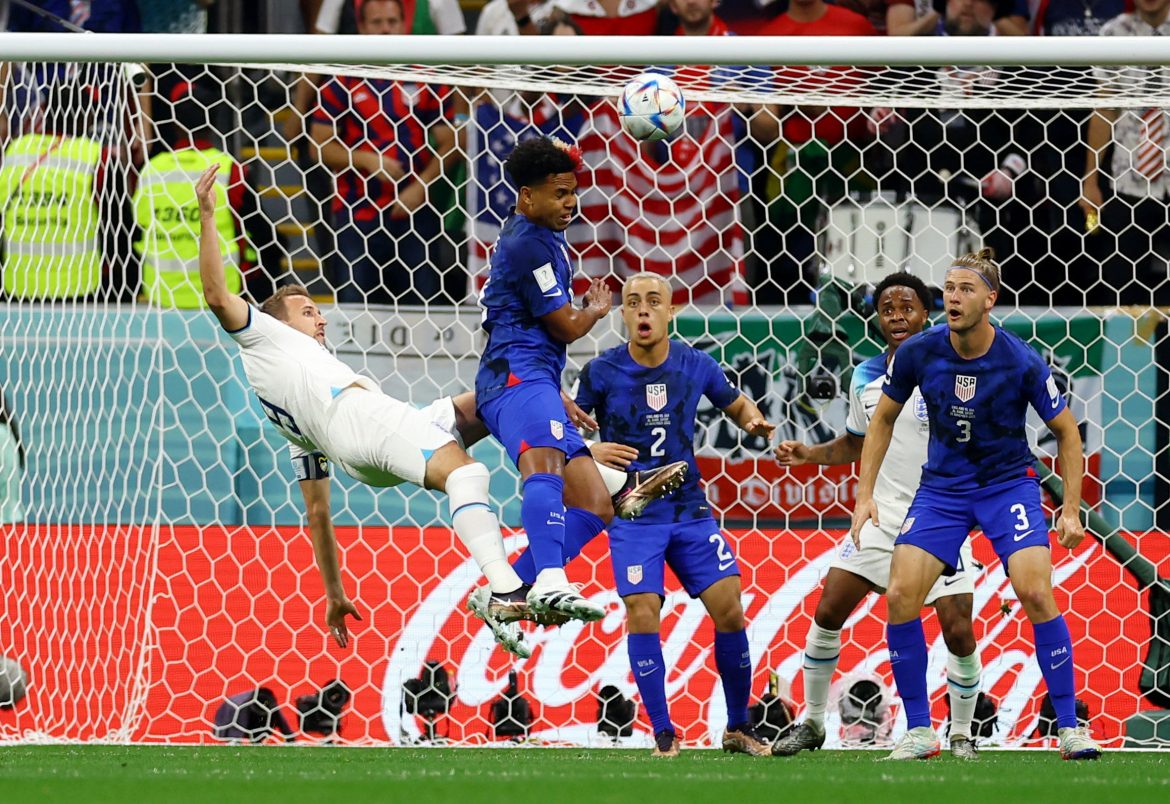 The United States shut out a European side at the World Cup for the first time since 1950 but left the tent-like Al Bayt Stadium without a win after Friday’s tense goalless stalemate against England, a contest where they were superior for long periods.

England had crushed Iran 6-2 in their Group B opener to justify their status as one of the tournament favourites, but they were fortunate to come away with a point against Gregg Berhalter’s young and energetic team.

The U.S., back at soccer’s showpiece tournament after eight years, looked set to make a winning return in their first match with Wales. They dominated large chunks of play and were unlucky not to go into the break with a bigger advantage.

Their inspired play went for naught as Wales snatched a 1-1 draw and although they again struggled in the final third of the pitch against England, the clash was always going to be the measuring stick – and the Americans showed they are more than capable of competing on the same stage.

Berhalter, coaching the second-youngest squad at this tournament, made several tactical tweaks that blunted the threat posed by England. His well-drilled team maintained a targeted press while venturing forward and unexpectedly switched to 4-4-2 while defending.

Tim Weah teamed up with surprise starter Haji Wright up front, Tyler Adams and Yunus Musah played centrally, and Weston McKennie flared out to one flank while Christian Pulisic manned the other.

“Obviously it worked,” McKennie said. “We had the ball often, they weren’t able to really break through so many times.

“I don’t think we gave them a lot of chances to get in behind and to get goal-scoring opportunities. And it worked for us as well, we were able to break them down, have space out wide.”

The draw left them with a winner-takes-all contest on Tuesday against Iran, whose two stoppage-time stunners against Wales earlier on Friday re-ignited their campaign and set up a nail-biting Group B finale.

The U.S. team’s lack of consistent goalscoring threat has been a worry since their qualifying campaign and is the final key they need to find to unlock the potential of an otherwise exuberant and confident side.

“There was one thing missing — putting the ball in the net,” McKennie added. “The final passes were there. It was unlucky. But we take away the point and it is in our hands.”