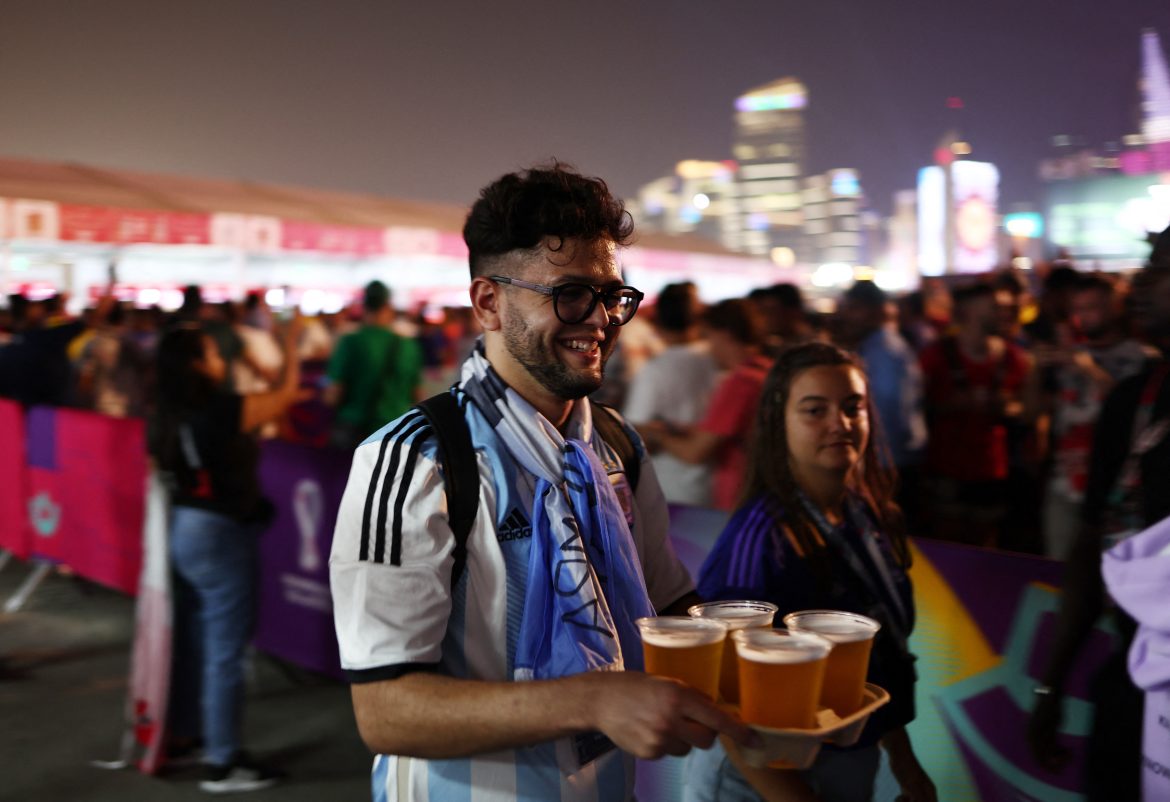 Soccer fans who travelled thousands of kilometres to get a glimpse of the sport’s most prestigious event savoured their first sips of beer at the launch of a fan festival on Saturday, a rare place where they can drink alcohol at the World Cup.

In a last minute U-turn, two days before the tournament’s opening match, international soccer governing body FIFA said on Friday that alcoholic beer would not be sold at Qatar’s World Cup stadiums.

Budweiser, a major World Cup sponsor, had been set to exclusively sell alcoholic beer within the ticketed perimeter surrounding each of the eight stadiums three hours before and one hour after each game during the month-long event.

Now fans can only consume beer at the FIFA Fan Festival in Doha. Alcoholic beverages remain available at the stadium hospitality areas.

One Mexican fan in a sombrero, his country’s tricolour flag draped over his shoulders, balanced a cardboard drink holder containing four beers as he joined a group of his compatriots at Doha’s Al Bidda Park, hosting the FIFA Fan Festival.

“Not having alcohol is not good because the World Cup it’s a party of the world,” said Brazilian fan Julio Cesar, wearing a felt hat in his country’s colours.

The 2022 World Cup is the first edition of the tournament held in a conservative Muslim country with strict controls on alcohol, the consumption of which is banned in public.

Qatar has also faced criticism from some countries playing in the 32-nation tournament over its rights record on migrant workers, women and the LGBTQ community.

For the fans unfazed by Qatar’s dire human rights record, the absence of beer at World Cup venues has proven a major disappointment.

“It’s tough to tell what happened in Qatar, whether it is the truth or not,” said 41-year-old Guilherme, another Brazil fan.

“My only problem is banning alcohol.”

Fed’s Bostic: Ready to ‘move away’ from large rate increases at next meeting