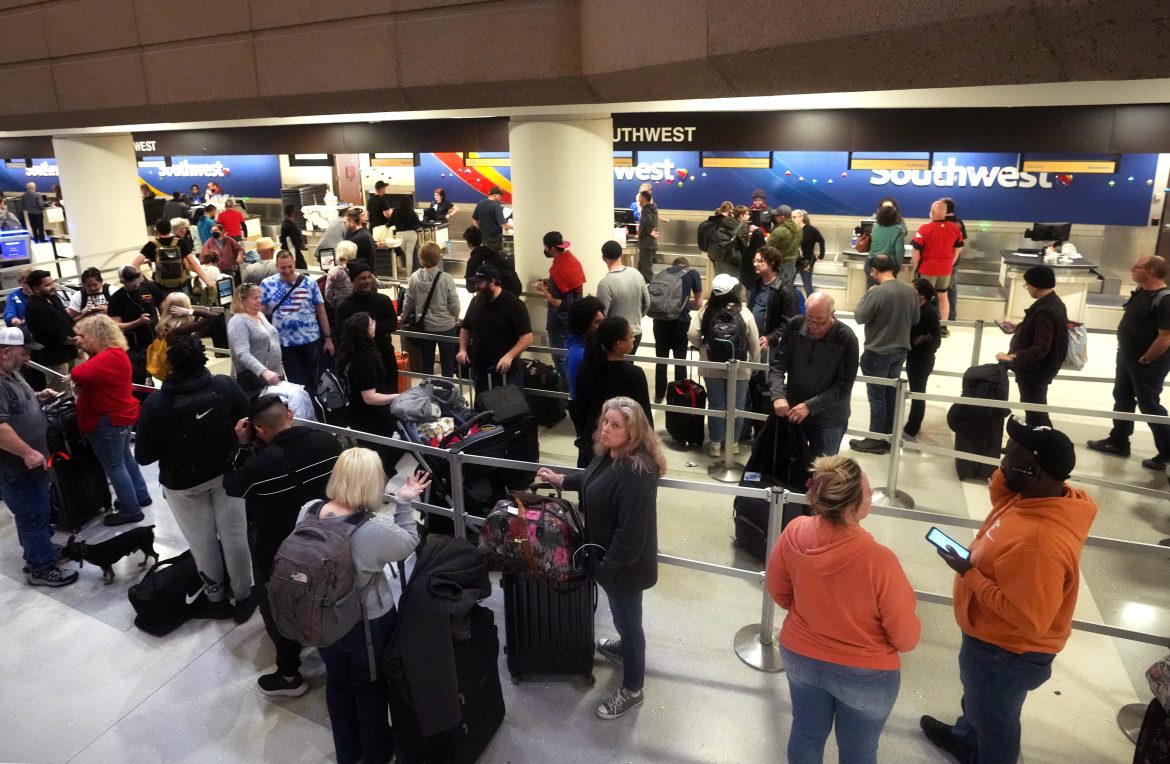 Southwest Airlines led U.S. airline cancellations on Tuesday as the low-cost carrier struggled to recover from harsh winter weather that has wrecked holiday plans for many.

Shares of the Dallas-based airline were down 5.3% at $34.19 in morning trade, after it canceled 2,523 flights for Tuesday as of 9:42 a.m. ET. That was 30 times higher than Spirit Airlines, the carrier with the next most number of cancellations.

Southwest has also scrapped 2,474 flights for Wednesday, compared with just seven for Frontier Airlines and five for Delta, according to the tracking website FlightAware.

An arctic blast and a massive winter storm dubbed Elliott swept over much of the United States in the lead-up to the Christmas holiday weekend, forcing Southwest to scrap more than 12,000 flights since Friday.

Southwest earns most of its profits from flying domestically and unlike other large U.S. carriers, it relies more on point-to-point service instead of operating out of large hubs. That leaves its staff vulnerable to being stranded in case of disruptions.

“We expect Southwest to call out the impact (from the storm) as it was worse than the industry and likely hurt earnings more than a ‘normal’ storm,” Cowen analyst Helane Becker said in a note.

“The other airlines likely had manageable cancellations and delays, and actually appear to have recovered (in time to get everyone home).”

Southwest said on Monday it had decided to continue operating a reduced schedule by flying roughly one-third of its planned flights “for the next several days.” It declined further comment on Tuesday.

Its troubles have invited scrutiny from the U.S. Transportation Department, which has said it would examine the widespread disruptions to determine if they were in the airline’s control, branding them “unacceptable.”

In total, U.S. airlines have canceled more than 5,000 flights for Tuesday and Wednesday, as of Tuesday morning.