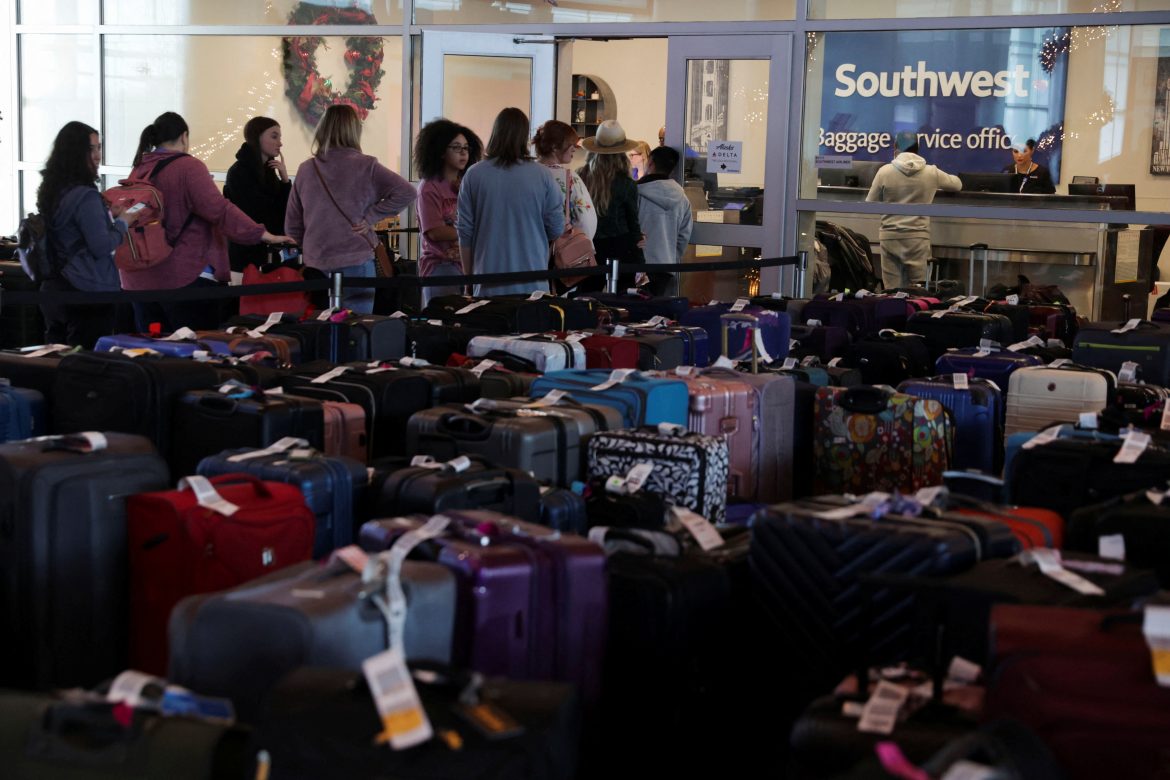 Southwest Airlines on Tuesday said it was making “solid progress” in efforts to return operations to normal after canceling nearly 16,000 flights in the week ending Dec. 29 due to bad weather and a meltdown of its crew scheduling system.

The White House said Southwest “failed its customers” and added that the government would seek to fine the low-cost Texas-based airline if it does not appropriately reimburse customers for their losses.

Southwest said that during the New Year holiday weekend ending Sunday, it operated 11,092 flights or 99.1% of scheduled flights. The airline said it intends that “nearly all baggage delayed during the recent holiday travel week to be shipped or delivered by midweek.”

Southwest had canceled 59, or just 1% of its flights on Tuesday, according to FlightAware.

White House Press Secretary Karine Jean-Pierre said the Transportation Department will hold Southwest accountable for to its commitments to compensate customers whose flights were disrupted since Dec. 24 and is closely monitoring the airline.

Jean-Pierre added that “our administration is going to continue to press for long-term solutions.”

The airline said it was reaching out by email to every ticketed customer “significantly impacted last week to offer a tailored gesture of goodwill and another heartfelt apology that redoubles our commitment to Customer.”

Southwest said Tuesday it sent an email apology from Chief Executive Bob Jordan and 25,000 Rapid Rewards points to customers whose flights were canceled or significantly delayed between Dec. 24 and Jan. 2. The 25,000 points are worth more than $300, according to the email. The airline did not disclose how many customers are receiving the points.

A Southwest spokesperson said the airline has a large operation of volunteers assisting with processing refunds but did not offer any specifics on the amounts paid to date. Southwest said in 2023 that “urgent work continues on planned improvements to processes and systems that will bolster the ability of Southwest to recover effectively in large-scale disruptions of our operational plans.”

Southwest has said it will honor “reasonable requests for reimbursement for meals, hotel accommodations, and alternate transportation” such as rental cars and tickets on other airlines.

Southwest was sued on Dec. 30 by a passenger who said it failed to provide refunds to passengers left stranded.