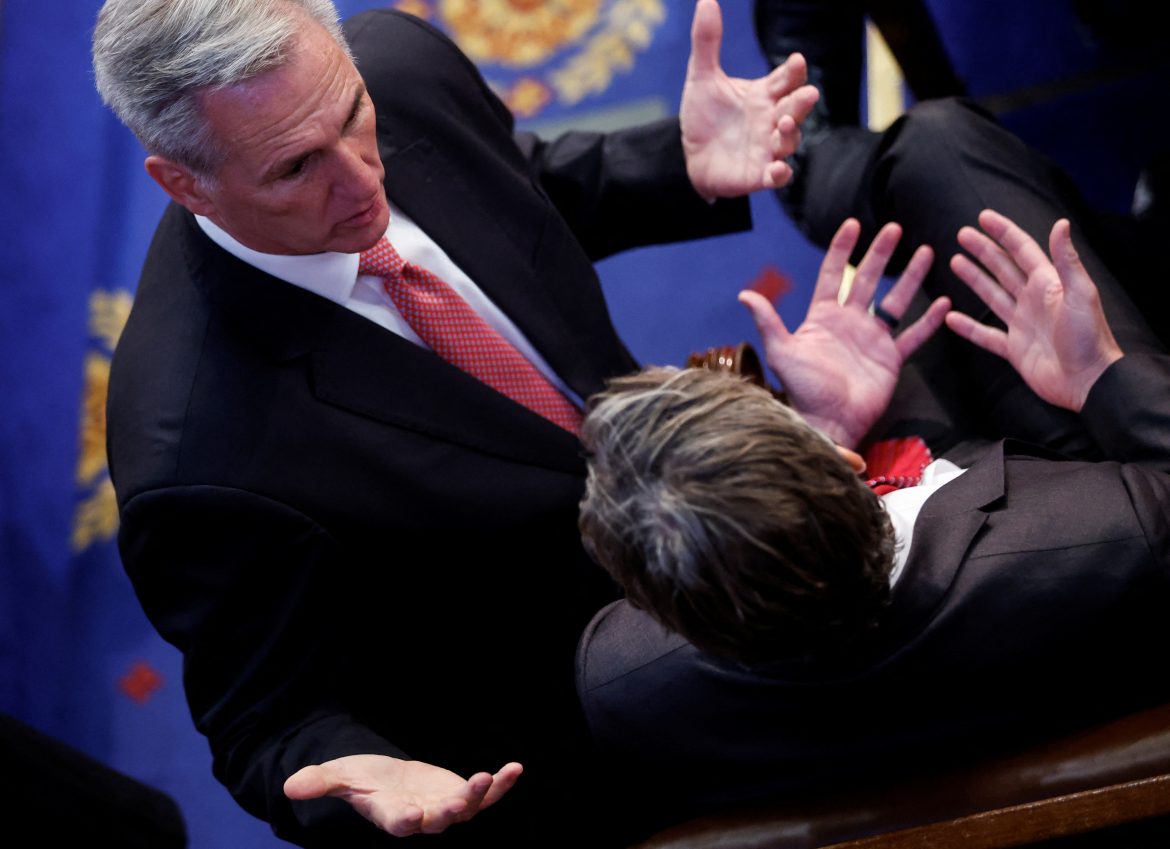 After three days and 11 votes, the House of Representatives still does not have a Speaker, but the first crack of light has appeared to suggest Republican leader Kevin McCarthy will emerge victorious.

Not since the nation was split over the matter of slavery in the mid-1800s has it taken this long for a Speaker to be chosen.

As of Thursday night, a deal has been proposed by the McCarthy camp that could gain the support of at least some of the about 20 detractors who have prevented him from reaching the 218 votes required.

Fox News reported that Congressman-elect Ralph Norman (R-S.C.), one of the holdouts, told reporters there was the germ of an agreement that might yield McCarthy about a dozen more votes, which would still be short of 218 but would be a step in the right direction after 72 hours of being stuck in the political mud.

“This is round one girls and guys,” Norman said, later adding, “We still have a ways to go.”

McCarthy seems to have bent to numerous Freedom Caucus demands.

As reported by CNN, this includes having agreed to give all members the right to move to vacate the speakership. Under outgoing Speaker Nancy Pelosi only a party leader could make such a motion.

The Freedom Caucus has been angling for this concession for months, and McCarthy has slowly walked his way toward allowing the change. After initially trying to avoid the rule change altogether, he floated a compromise of allowing any group of five legislators the ability to move to vacate, and now seems willing to allow such motions to require just one person.

If true, McCarthy would face a near constant threat of having legislators challenge his position, and then having to hold a vote to keep his job. If he can garner the votes needed, McCarthy’s entire run as Speaker could become an incessant game of maintaining 218 votes.

Beyond this concession, which has long been reported as having been a key demand of the anti-McCarthy camp, it remains unclear what else McCarthy has offered.

According to the Associated Press, the new concessions would shrink the power of the Speaker.

This might be the only way forward. The anti-McCarthy group is not necessarily cohesive and the members do not share a singular set of desires beyond a broad opposition to the status quo and a desire to tilt the balance of power more toward membership than the Speaker.

Whatever McCarthy offered has still not brought about enthusiastic support from the hardliners of the far right.

Rep. Matt Gaetz (R-Fla.), who has emerged as the loudest voice in opposition to McCarthy voted for former President Trump to be Speaker in votes on Wednesday. He said he was unmoved by any of McCarthy’s concessions.

“I will not be voting for Kevin McCarthy,” Gaetz tweeted Thursday night. “I resent the extent to which he utilizes the lobbyists and special interests to dictate how political decisions, policy decisions, and leadership decisions are made. We have zero trust in him.”

I will not be voting for Kevin McCarthy.

I resent the extent to which he utilizes the lobbyists and special interests to dictate how political decisions, policy decisions, and leadership decisions are made.

We have zero trust in him. pic.twitter.com/o53UhpDre2

Others detractors were more open to considering voting for McCarthy, but none of the 20 were particularly positive.

“We’re at a Reagan moment — ‘trust but verify,’” Rep. Scott Perry (R-Penn.), one the detractors, tweeted about the new McCarthy compromise. “The devil is in the details, and we’ll take our time to ensure it’s right, not easy. One way or another, the status quo must go.”