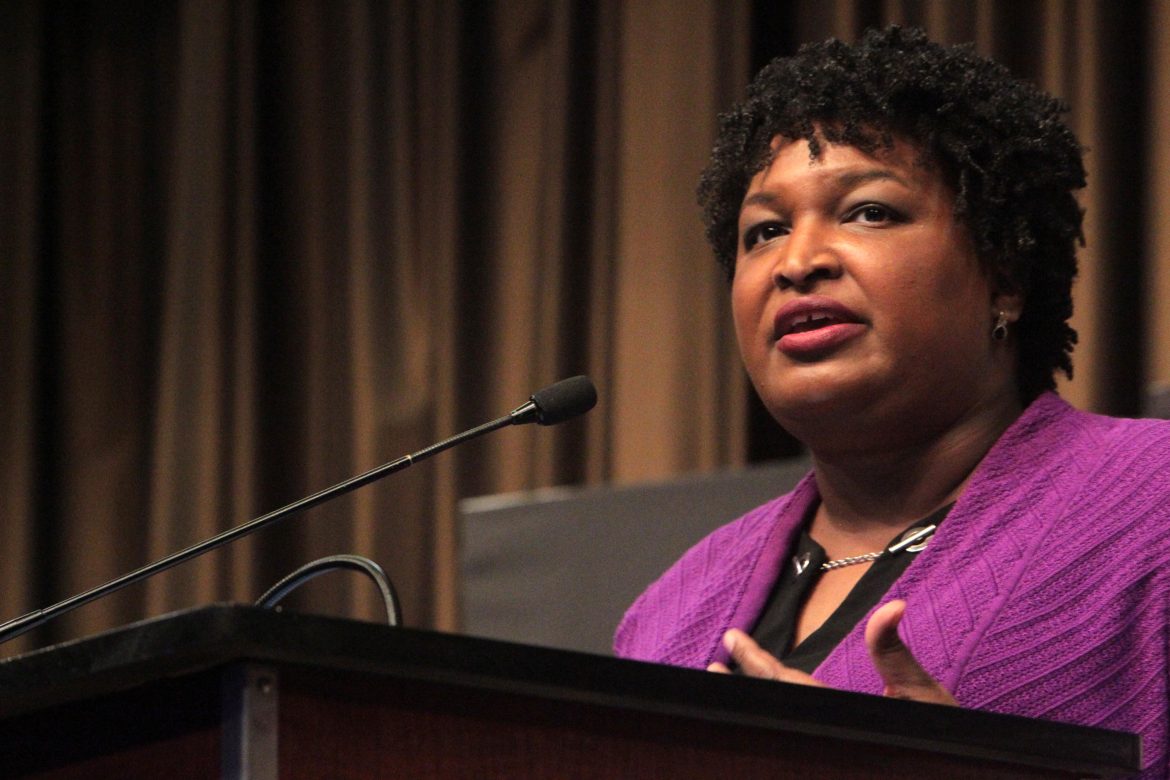 Georgia Democratic gubernatorial candidate Stacey Abrams is facing criticism for her comments Wednesday when she denied the reality of a sixth-week fetal heartbeat, calling the pulse a “manufactured sound.”

“There is no such thing as a heartbeat at six weeks,” said Abrams at the Ray Charles Performing Arts Center in Atlanta. “It is a manufactured sound designed to convince people that men have the right to take control of a woman’s body.”

Georgia Democrat Stacey Abrams: "There is no such thing as a heartbeat at six weeks. It is a manufactured sound designed to convince people that men have the right to take control of a woman's body."

Abrams, a progressive Democrat who supports abortion until “the time of birth,” is currently running to unseat incumbent Republican Gov. Brian Kemp.

Her comments were likely in reference to Georgia’s Living Infants Fairness and Equality (Life) Act, more commonly known as the heartbeat bill, which bans abortion after a fetal heartbeat is detected, often as early as the sixth week of pregnancy. “Women deserve full citizenship in the United States and certainly in the state of Georgia, and they are being denied that because of Brian Kemp’s 6-week ban,” Abrams previously told CNN.

Kemp signed the bill into law in 2019, but its implementation was blocked by the courts. However, the law was finally able to take effect in July following the overturning of Roe v. Wade.

The Washington Examiner reports that Planned Parenthood modified its website following Abrams’ comments, saying that at five to six weeks of pregnancy, “a part of the embryo starts to show cardiac activity. It sounds like a heartbeat on an ultrasound, but it’s not a fully-formed heart — it’s the earliest stage of the heart developing.” Previously, the same page had said that “a very basic beating heart and circulatory system develop,” at that time.

Many on the left have rushed to Abrams’ defense, claiming that the heartbeat detected at 6 weeks is just an electrical pulse. However, according to the American Pregnancy Association, “Between 5 ½ to 6 ½ weeks, a fetal pole or even a fetal heartbeat may be detected by vaginal ultrasound… The fetal pole may be seen at a crown-rump length (CRL) of 2-4mm, and the heartbeat may be seen as a regular flutter when the CRL has reached 5mm.”

Pushback against Abrams’ comments was swift from those who are pro-life.

Meghan McCain tweeted, “Hearing my babies [sic] heartbeats at 6 weeks is hands down one of the most exciting, liberating and most beautiful moments of my entire life. Hands down. Stacey Abrams is a very sick person to say this and somehow accuse doctors of faking fetal heartbeats. Full stop.”

Former NFL sideline reporter Michele Tafoya also weighed in, tweeting, “So, @staceyabrams … When my (male) doctors told me they could no longer hear my baby’s heartbeat… as I lost pregnancy after pregnancy… Was that fake, too?  Did they manufacture the absence of my baby’s heartbeat in order to force me to terminate the pregnancy?”

Life News simply tweeted a video of a baby’s heart beating during an ultrasound in response.

The race between Abrams and Kemp is a rematch of the 2018 gubernatorial race, which Kemp won by just over 54,000 votes, the closest governor’s race in Georgia in over 60 years. Abrams claimed that Kemp’s win was due to voter suppression.

Heading into November, Kemp is currently enjoying a 6-point lead in polling average over Abrams and has an 85% chance to win a second term, according to FiveThirtyEight.