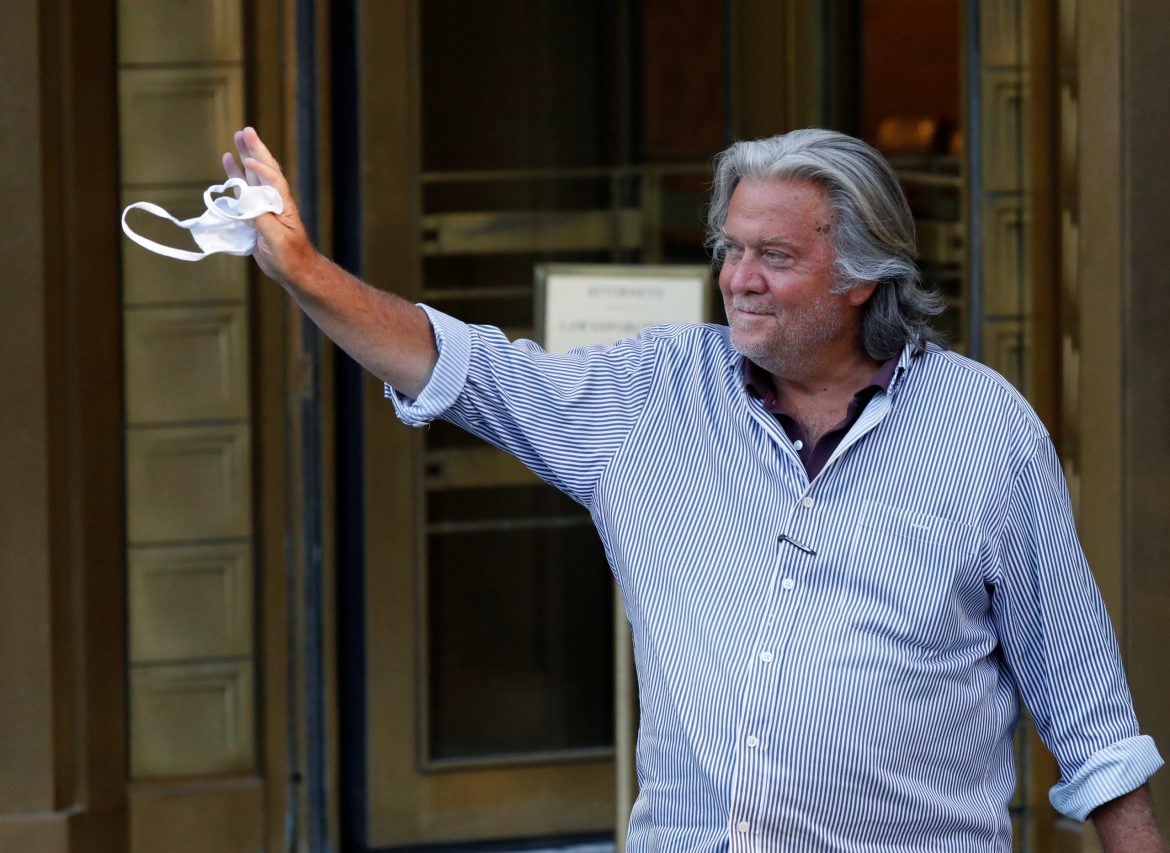 Steve Bannon, former head of Breitbart News and former chief strategist for Donald Trump, was arrested on Thursday and pleaded not guilty after he was charged with defrauding donors in a scheme to help build the president’s signature wall along the U.S.-Mexico border. Trump fired Bannon from his White House post in August 2017.

A handcuffed Bannon wore a protective white mask amid the coronavirus pandemic and two open-collared shirts when he appeared in federal court in Manhattan, where his lawyer entered a plea of not guilty on his behalf. He was freed on $5 million bond and barred by a federal magistrate judge from traveling internationally.

Trump told reporters at the White House that he felt “very badly” about the charges, but sought to distance himself from Bannon and the alleged scheme.

“I do think it’s a sad event,” Trump said. “I haven’t dealt with him at all now for years, literally years.”

Trump also said he did not believe he had ever met the three others charged.

More than 330,000 supporters have donated to private fundraisers and profiteers who have promised to build the wall on their own, a 2019 Reuters investigation