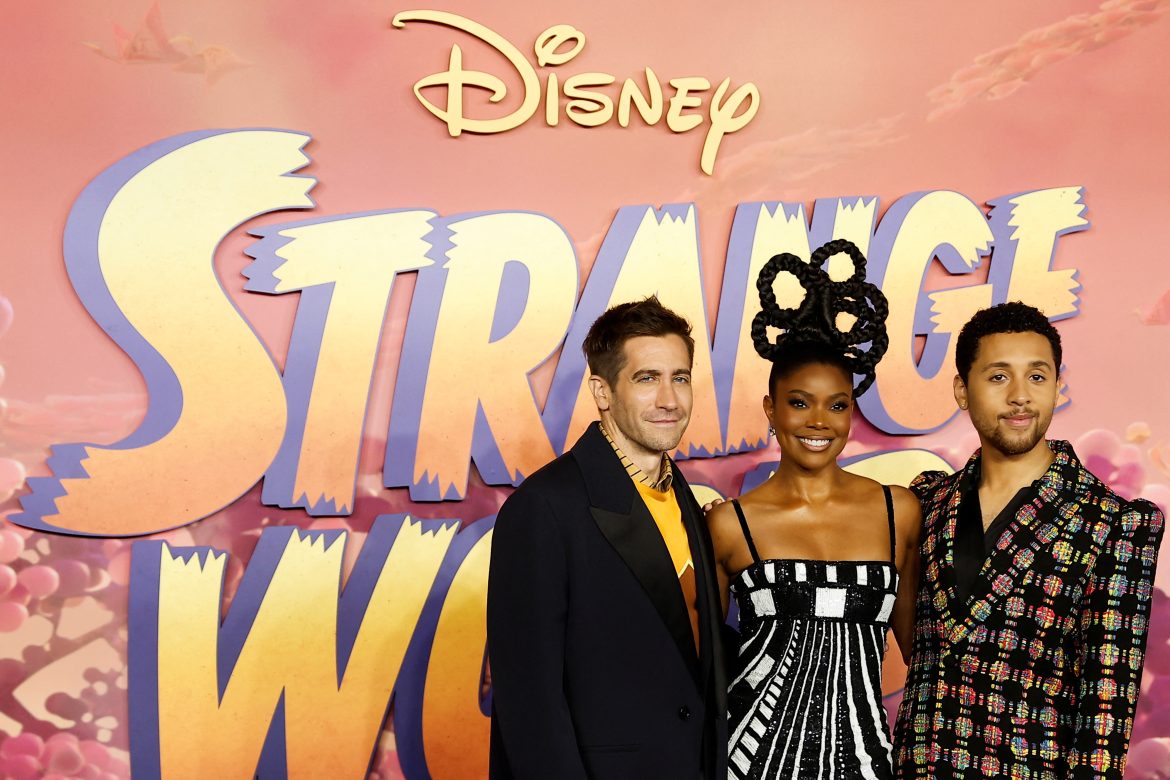 Disney’s much-hyped animated film “Strange World,” featuring an openly-gay teen and peppered throughout with environmentalist sermonizing, failed spectacularly at the box office over the Thanksgiving holiday, representing one of the worst opening weekends ever recorded for the entertainment giant.

The movie highlights that Disney’s insistence on pushing a leftist agenda is hurting both the public persona of the “family-friendly” entertainment leader and the bottom line of the company, with stocks dropping 35% over the past year.

The film debuted well below its expected earnings of $30 to $40 million. The film’s inaugural ticket sales brought in a paltry $11.9 million and just $18.6 million from its Wednesday debut through Sunday — a time period that has historically seen families flock to the theaters for Disney films that signaled the start of the winter holiday season.

Five months before audiences snubbed “Strange World,” they showed an equal lack of enthusiasm for Disney’s “Lightyear,”  which included a lesbian kiss lauded by the media and activist groups as a breakthrough in LGBTQ acceptance. “Strange World” did, however, manage to pull slightly ahead of Disney’s dismal December 2021 release of “West Side Story” ($10.5 million) which had been “reimagined” to include a transgender character.

Disney’s abdication of its former role as the gold-standard of family entertainment has left some entertainment industry experts scratching their heads as to what could account for the phenomenon.

“This is a weak opening by Disney animation standards,” says David A. Gross, who runs the movie consulting firm Franchise Entertainment Research. “At a cost of $180 million, plus marketing expenses, the film will finish in the red, even with good ancillary income.”

“Normally this time of year, a Disney family film is the big draw,” says Paul Dergarabedian, a senior Comscore analyst. “It shows we’re still recovering and adapting to the constraints of the pandemic.”

“Gee, what a shock,” he wrote of “Strange World’s” tanking ticket sales. “You mean no one wants to waste their Thanksgiving weekend having their children prematurely sexualized by groomers with a side order of enviro-guilt?

The predators at Disney are coming for your kids, and everyone knows it. The Disney brand is now the equivalent of a non-descript van and a guy behind the wheel offering your kids candy.

“Strange World” cost between $150 and $180 million to produce, not to mention the tens of millions spent on global marketing and distribution fees, meaning the film will need to bring in about $360 million just to break even, according to Variety, which cited industry sources.

Ahead of the film’s release, “Strange World” was hailed as another important milestone in LGBTQ inclusivity. MovieWeb writer Daniel Quintiliano gushed that it was “refreshing” to witness the teen protagonist’s family “accept and encourage his choice of partner,” touting “Disney’s commitment to the representation of LGBTQ people” in its films.

Nolte, however, argued that what Disney is really promoting goes well beyond innocuous themes of accepting others.

“Teaching tolerance for people who are different is a noble thing. Disney has been doing that for nearly a century now, doing it without adding overt sexuality,” he wrote.

I’ll say it again, Disney has become a company no decent parent will dare leave their child alone with. Drag queens, normalizing and promoting the mental illness and self-mutilation of the trans hysteria, homosexual kids … This is all headed in one direction: normalizing sex between adults and children. That sounds crazy, but look at what Disney’s doing today that sounded crazy five years ago.

Benefits of HDL cholesterol may differ based on race, study shows