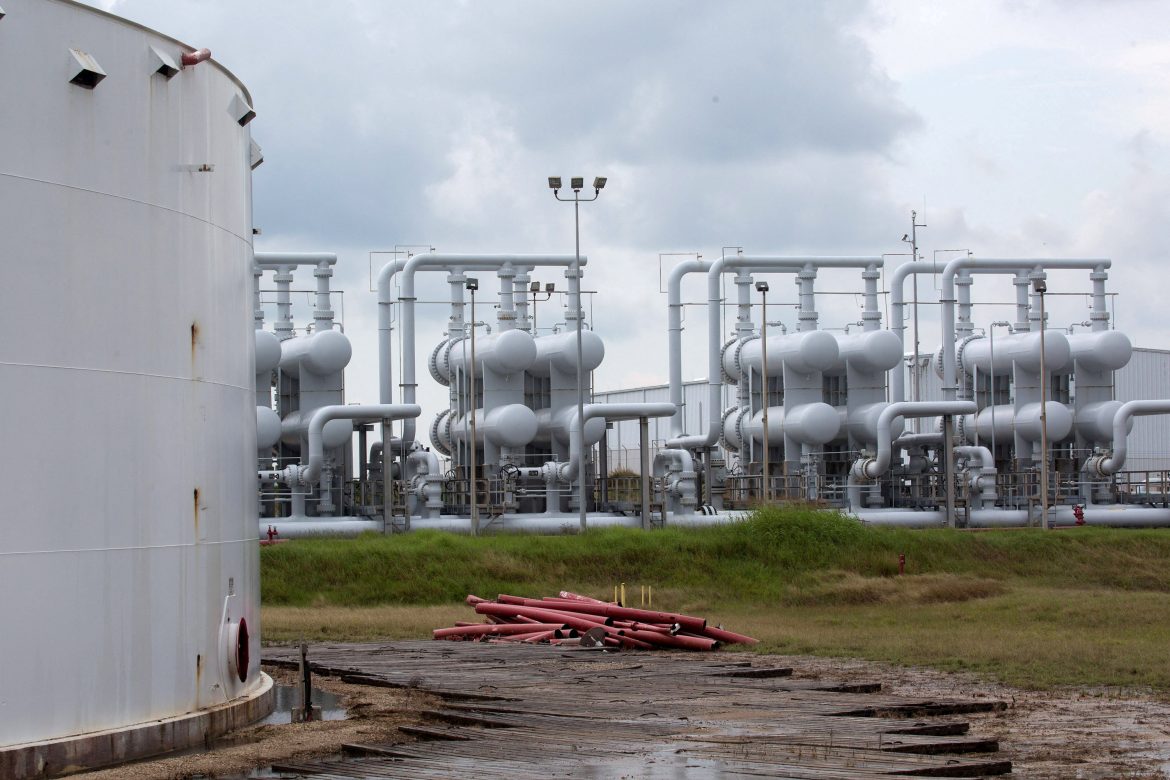 The Strategic Petroleum Reserve (SPR) yet again plunged to its lowest level in 40 years as oil and gas prices rose again last week.

As of Dec. 23, only 375.1 million barrels of oil remained in the emergency stockpile, according to an Energy Information Administration report, marking the first time that the SPR has fallen below 378 million barrels since 1983.

In the meantime, average national gas prices rose to $3.216 per gallon on Jan. 2, 2023, up from $3.102 the previous week, according to the American Automobile Association’s gas price index.

The Brent crude index, the global oil benchmark, hit $85.91 per barrel on Monday.

Rising oil prices threaten to undercut the Department of Energy’s (DOE) Office of Petroleum Reserves’ plan to begin repurchasing crude oil to replenish dwindling SPR levels announced on Dec. 16. The DOE aims to refill the nation’s oil stockpile by 3 million barrels per day beginning this February, but higher oil costs may discourage producers from bidding on the government contracts.

The SPR was established by Congress following the 1973 oil embargo as a safeguard against emergency shortages, natural disasters, and acts of terrorism, and is managed by the Department of Energy (DOE). The President is authorized to order a drawdown from the SPR in the event of a “severe energy supply interruption.”

The Biden administration has released more than 240 million barrels from the SPR, including a highly criticized pre-midterm election drawdown of 15 million barrels, in an effort to mitigate record-high gas prices in the U.S.

Republican lawmakers and market analysts have sounded the alarm that the drawdowns have little effect on gas prices while making the U.S. increasingly vulnerable to potential supply disruptions in the future.

Nearly a dozen Senate Republicans, led by U.S. Senator John Barrasso (R-Wyo.), ranking member of the Senate Committee on Energy and Natural Resources, introduced legislation in December 2021 to “prioritize American energy production.” The Strategic Production Response (SPR) Act would also prevent the secretary of Energy from tapping the Strategic Petroleum Reserve for reasons other than a major energy supply interruption until the Secretary of the Interior issues a plan to increase oil and gas production on federal lands and waters.

The GOP lawmakers warned the “rapid depletion” of the SPR gives bad actors like China, Iran, and Russia “geopolitical leverage” over the United States.

In a Nov. 28, 2022 letter to Jennifer Granholm, Barrasso and Rep. Cathy McMorris Rodgers (R-Wash.), the ranking member of the House Energy and Commerce Committee, accused the energy secretary of overseeing the reckless sale of over 245 million barrels from the national stockpile while “gas prices remain high and supply chain shortages continue to plague our economy.”

“Your continued mismanagement of the SPR will leave our nation susceptible to true energy supply disruptions and leave us vulnerable to our greatest adversaries,” the lawmakers wrote. The missive also included several questions, including whether the Biden administration has “conducted a full assessment of the integrity of SPR facilities to include both current use and future need.” Granholm has not responded.

The senators also accused Biden officials of failing to “establish long-term plans for the optimal size, configuration, maintenance, and operational capabilities of the reserve,” while depleting the SPR to its lowest level in decades.

President Biden has repeatedly blamed the war in Ukraine and U.S. oil producers for high fuel costs while refusing to lift restrictions on domestic production.

This article was partially informed by Business Insider, The Epoch Times and Slay reports.