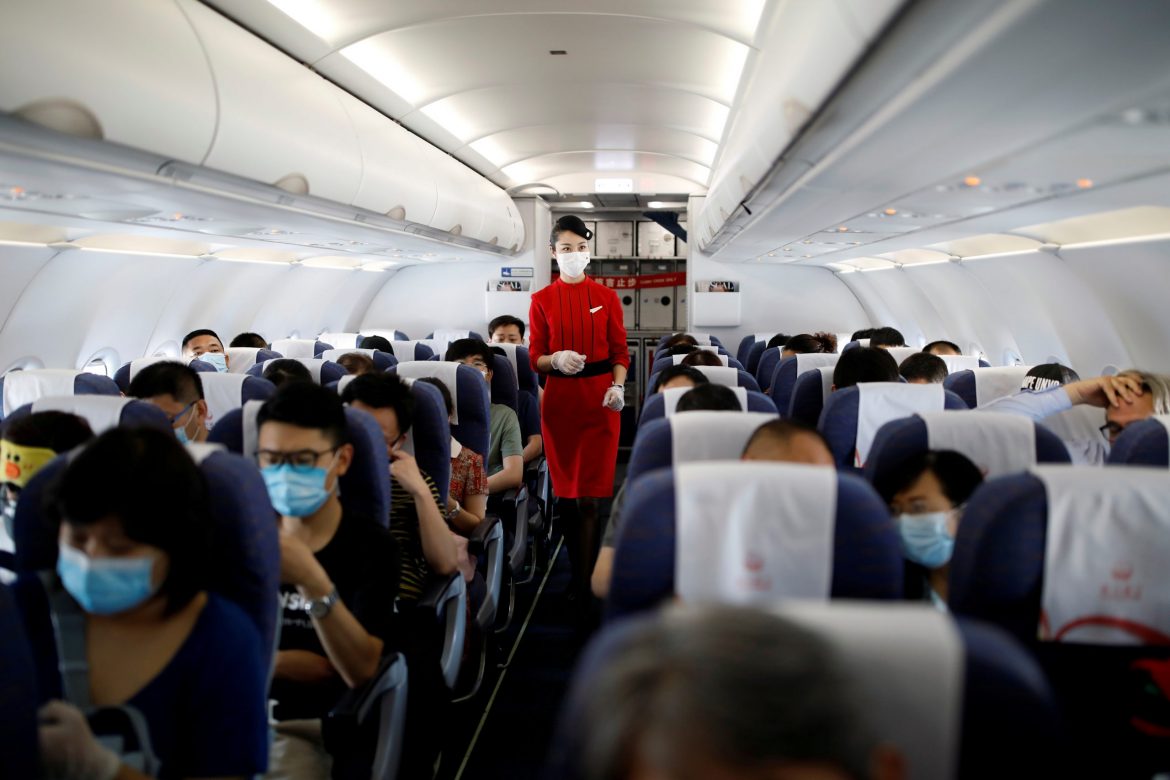 According to a study conducted by the Department of Defense, the risk of contracting COVID-19 on an airplane is fairly low. This is good news for airlines who’ve been facing layoffs due to the coronavirus pandemic’s crushing effects on the travel industry.

The study found that an average of .003% of air particles within the breathing space of a seated and masked passenger were infectious. This percentage is factoring in only one infected traveler and assumes everyone is seated for the whole flight. The study also showed that thanks to quality air circulation on modern aircraft, nearly 100% of particles were filtered out of the plane in six minutes. To become infected, the study supposes one would need to fly for 54 hours with an infectious passenger onboard.

The study took place over six months and looked at 300 tests with 38 hours of flight time and 45 hours of testing on the ground. It was conducted by releasing 180 million particles, the same amount thousands of coughs would spread, across the cabin. There were 42 sensors to represent the passengers who could potentially come in contact with the particles.