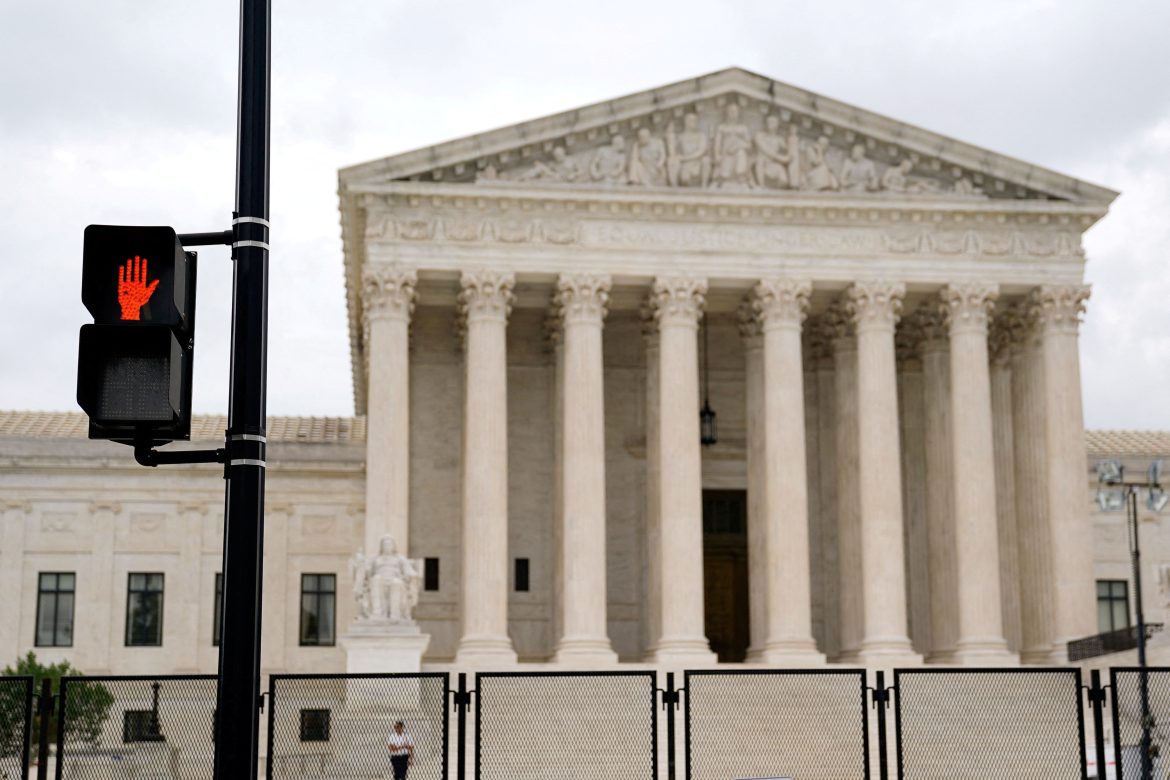 U.S. Supreme Court justices on Tuesday wrestled with a labor dispute that could narrow federal protections for unions by making it easier for employers to sue over strikes that result in damage to company property.

The justices heard oral arguments in an appeal by a concrete business in Washington state called Glacier Northwest Inc of a lower court’s ruling in favor of a local affiliate of the International Brotherhood of Teamsters in the company’s lawsuit against the union arising from a 2017 strike. Glacier Northwest is a unit of Japan-based Taiheiyo Cement Corp.

Some of the conservative justices seemed inclined to bolster the ability of companies to take unions to state courts while liberal justices raised concerns about eroding organized labor’s power to strike.

The Supreme Court, with its 6-3 conservative majority, has leaned toward curbing the power of labor unions in rulings in recent years. This case could deliver another setback to labor unions after the justices in 2021 struck down a California agricultural regulation aimed at helping unions organize workers.

The legal issue before the justices on Tuesday was whether companies can sue unions in state court over allegations of intentional property damage or if such claims are barred by a federal labor law called the National Labor Relations Act.

Liberal Justice Elena Kagan said that a broad ruling in favor of companies could undercut union decisions on when to strike, which often are made to pressure employers by causing economic harm.

“When we start focusing on intent, without more, it pulls in pretty much every strategic decision that a union makes as to when to conduct a work stoppage,” Kagan said.

Moderate Chief Justice John Roberts said that there is a distinction between causing economic harm and intentional property destruction.

“The difference between the milk spoiling and killing the cow,” Roberts said.

A group of drivers went on strike while their mixing trucks were filled with concrete. Although the drivers kept their mixing drums rotating to delay the concrete from hardening and damaging the vehicles, the company was forced to discard the unused product at a financial loss.

The Washington state Supreme Court in 2021 ruled that the company’s claims were preempted by the National Labor Relations Act, saying the company’s loss of concrete was incidental to a strike that could be considered arguably protected under federal labor law.

Glacier Northwest urged the U.S. Supreme Court to rule that federal preemption does not bar claims made under state law involving the intentional destruction of an employer’s property.

The union said the strike not only could be considered arguably protected under federal labor law but the resulting loss of concrete did not satisfy the high bar to override federal preemption. While the U.S. Supreme Court has found that labor unions can be sued in state court for violent or threatening conduct, the union argued, this narrow exception should not be expanded to permit property damage claims brought under state law.

In another important labor case, the court in 2018 ruled that non-members cannot be forced, as they are in certain states, to pay fees to unions representing public employees such as police and teachers that negotiate collective bargaining agreements with employers.