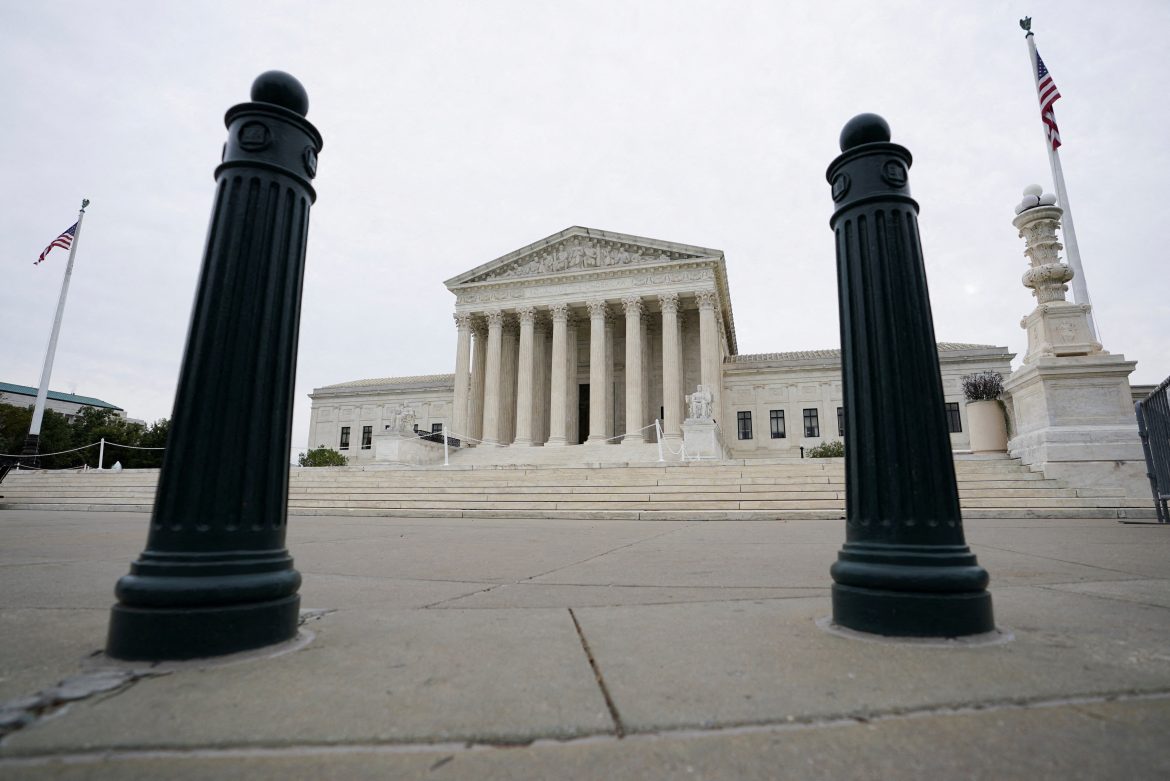 The U.S. Supreme Court chose not to take up a case on Tuesday that would have decided whether or not unborn babies have constitutional rights, following the overturning of Roe V. Wade.

The Supreme Court turned away an appeal from Catholics for Life, a pro-life group, which sought to overturn a lower court ruling that upheld a 2019 Rhode Island abortion law.

The Catholic group and two pregnant women previously brought a case against the law on behalf of their unborn babies. But in May the Rhode Island Supreme Court said the babies did not have proper legal standing, using the legal precedent of Roe in its ruling.

“This Court should grant the writ to finally determine whether prenatal life, at any gestational age, enjoys constitutional protection – considering the full and comprehensive history and tradition of our Constitution and law supporting personhood for unborn human beings,” the petition for appeal said.

The Supreme Court turned away the appeal without comment.

Justice Samuel Alito wrote in the ruling that overturned federal rights to abortion that the court was not taking a position on “if and when prenatal life is entitled to any of the rights enjoyed after birth.”

This comes as Ohio lawmakers are now considering a law that would recognize personhood and ban abortion from the moment of conception. The state currently has a six-week abortion act.

State Representative Gary Click, who is a pastor, says his “Personhood Act” would affirm “what our founders declared, and science has discovered: a person is a person from the moment a new human being is created.”