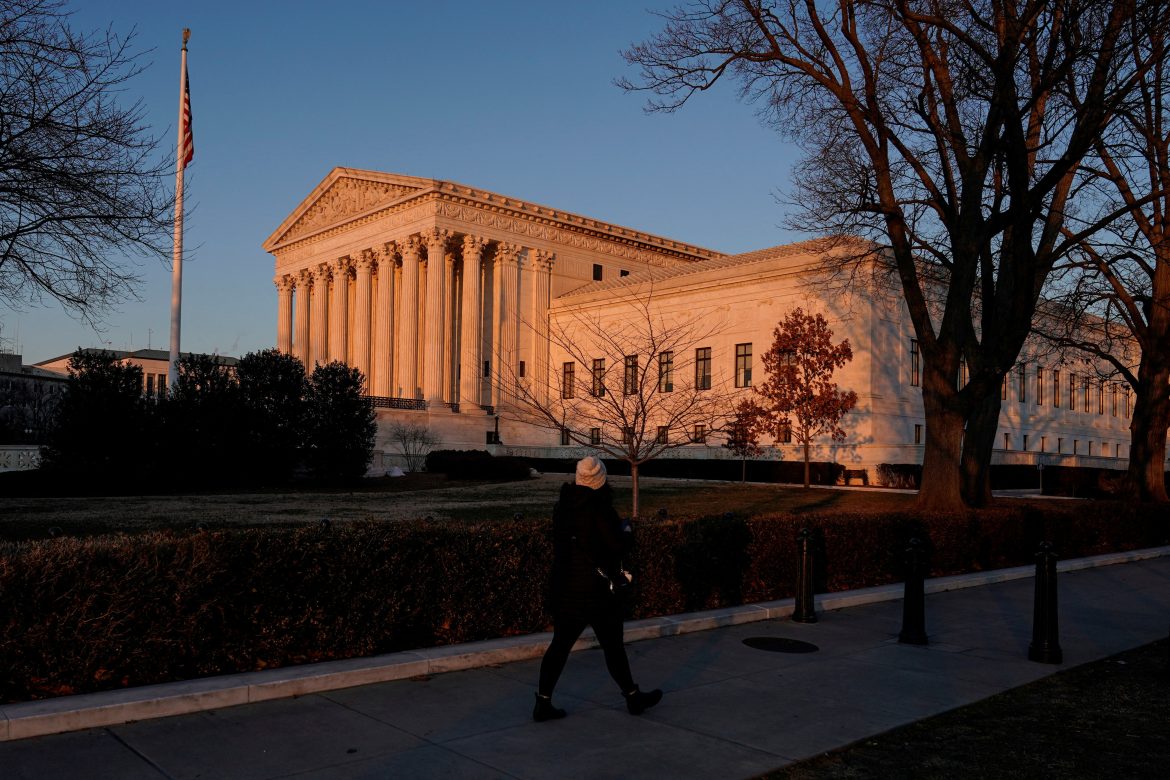 The U.S. Supreme Court on Monday asked President Joe Biden’s administration to weigh in on whether the justices should decide whether a publicly funded charter school in North Carolina may have violated the rights of female students by requiring girls to wear skirts.

The justices are considering whether to hear an appeal by Charter Day School, located in the southeastern North Carolina town of Leland and operated by a private educational management company, of a lower court’s ruling that found that the dress code ran afoul of the U.S. Constitution’s 14th Amendment civil rights protections.

The justices asked U.S. Solicitor General Elizabeth Prelogar to file a brief expressing the Biden administration’s view on the litigation and whether the Supreme Court should take up the matter.

Aaron Streett, a lawyer for the school, called the Supreme Court’s decision to seek the solicitor general’s input rather than reject its appeal a “positive sign” that “indicates that the court views this as an important case that may merit further review.”

Charter Day School, which enrolls students from kindergarten through the eighth grade, emphasizes what it calls “traditional values” and has implemented a dress code that its founder, businessman Baker Mitchell, has said would “preserve chivalry” and ensure that girls are treated “courteously and more gently than boys.” Mitchell, as explained in the lower court’s ruling, viewed chivalry as “a code of conduct” under which women are “regarded as a fragile vessel that men are supposed to take care of and honor.”

Lawyers for the school said the ruling last year by the Richmond, Virginia-based 4th U.S. Circuit Court of Appeals posed an “existential threat” to a conservative-backed movement to increase alternatives for parents who want their children to receive public education by expanding the numbers of charter schools.

After being hit with a civil rights lawsuit by three female students backed by the American Civil Liberties Union, Charter Day School argued that the 14th Amendment does not apply to it because it is a private entity, not a “state actor” like public schools operated directly by North Carolina school districts.

The 4th Circuit on a 10-6 vote decided that the school was a “state actor” because North Carolina delegated to it its duty to provide free, universal education to students. The 4th Circuit found that the school violated the rights of the plaintiffs to equal protection with a dress code based on gender stereotypes about the “proper place” for girls in society.

Charter schools usually are independently run as a stand-alone entity but can also be managed by for-profit companies or nonprofit organizations running multiple schools, as in this case, with Charter Day School among a group of schools operated by the private Roger Bacon Academy.

The plaintiffs argued that the dress code violated their 14th Amendment rights and subjected them to discrimination and denial of the full benefits of their education in violation of the civil rights law Title IX, which bars sex discrimination in education. The 4th Circuit ruling did not make a conclusion on the Title IX claim.

“Courts may not subjugate the constitutional rights of these public-school children to the facade of school choice,” wrote U.S. Circuit Judge Barbara Milano Keenan, in a decision joined by her fellow Democratic appointees on the 4th Circuit.

The six dissenting votes on the 4th Circuit came from Republican-appointed judges including Judge A. Marvin Quattlebaum Jr, who wrote that the decision would stifle “innovative alternatives to traditional public education.”

Judge J. Harvey Wilkinson called the ruling a “shame” and said the school’s “chivalric approach should neither be legally banished from the educational system, nor should it be legally imposed.”

The Supreme Court has a 6-3 conservative majority.