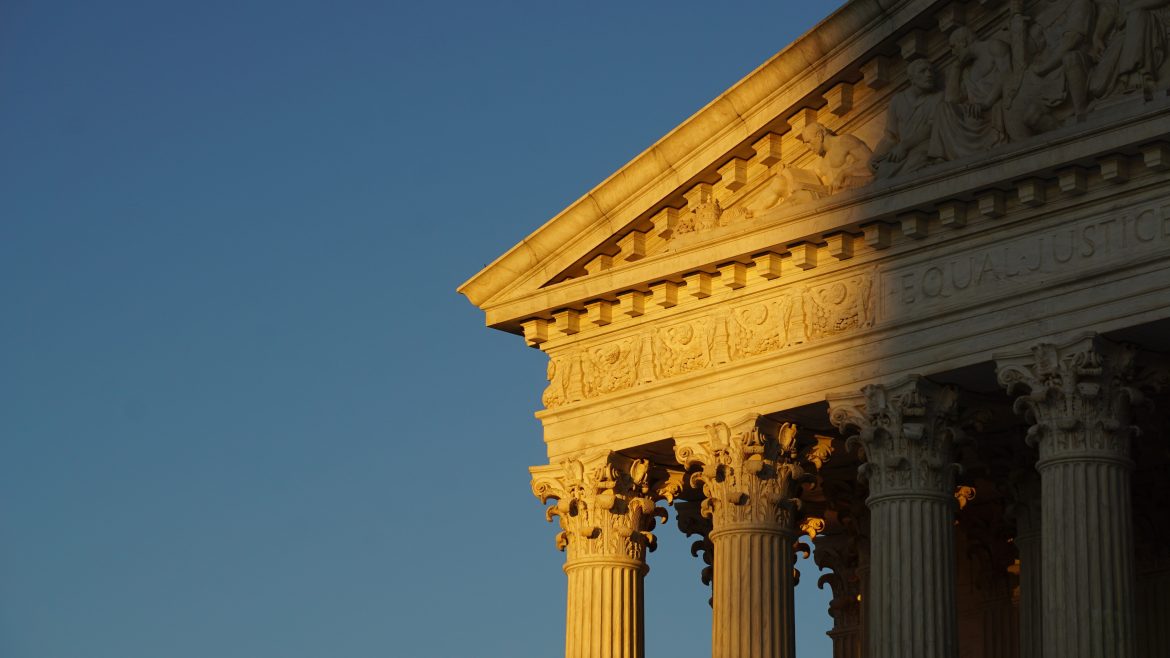 Supreme Court Chief Justice John Roberts pumped the brakes on Wednesday’s looming rollback of Title 42 pending the high court’s decision on whether to take up a case filed by a coalition of Republican-led states to keep it in place.

Nineteen states argued that if the Trump-era health policy were lifted their states will suffer irreparable harm from an inevitable fresh surge of illegal immigrants which they say will overwhelm state resources like law enforcement and health care services. The states also charge that the Biden administration has no plan in place to deal with the mass influx of migrants which would place an even greater burden on border states.

In the one-page order, Chief Justice Roberts granted a temporary stay on the policy reversal pending a further order and gave the Biden administration a deadline of 5 p.m. Tuesday to respond. The ruling is a procedural decision that was largely expected and does not necessarily indicate how the Supreme Court might rule in the pending case.

“Texas and other states are insisting that the Court leave Title 42 in place. Today’s order is a step in that direction,” Abbott tweeted. “This helps prevent illegal immigration.”

Texas and other states are insisting that the Court leave Title 42 in place.

Today's order is a step in that direction.

The Department of Homeland Security (DHS) said the public health order “will remain in effect at this time and individuals who attempt to enter the United States unlawfully will continue to be expelled to Mexico” in a press release.

“While this stage of the litigation proceeds, we will continue our preparations to manage the border in a safe, orderly, and humane way when the Title 42 public health order lifts,” DHS said.

U.S. cities along the southern border have been scrambling to prepare for the anticipated fresh influx of migrants with the lifting of Title 42. El Paso, Texas, and Ciudad Juarez in Mexico anticipated a surge of up to 5,000 new migrants a day. El Paso Mayor Oscar Leeser on Saturday issued an emergency declaration to access additional local and state resources to build more shelters and provide other urgently needed aid.

The Biden administration previously said it anticipated an additional 9,000-14,000 migrants per day trying to cross the border, easily doubling the current daily amount.  Texas Democratic Rep. Henry Cuellar, whose South Texas district borders Mexico, estimates that 50,000 migrants have been waiting in Mexico for the chance to cross as soon as the policy is lifted, citing Customs and Border Patrol authorities.

Meanwhile, the White House is blaming congressional Republicans for exacerbating the border crisis by failing to respond to the Biden administration’s request for an additional $3 billion in emergency border security funding.

“We urge Congress to use this time to provide the funds we have requested for border security and management and advance the comprehensive immigration measures President Biden proposed on his first day in office,” the DHS said in its Monday press release.

Abbott and other Republicans have noted, however, that since Biden took office, the U.S. government has spent an unknown amount of money reimbursing non-profit pro-migrant agencies and nongovernmental organizations (NGOs) along the southern border that help facilitate transportation of unauthorized foreign nationals into the nation’s interior.

A group of House Republicans, led by Rep. Lance Gooden (R-Texas), sent letters to three NGOs that work with migrants at the U.S. southern border, calling on them to preserve documents and communications related to their operations as the lawmakers eye probes into their actions.

Earlier this month, The Heritage Foundation stated in a report that NGOs helped transport illegal immigrants to 434 of the nation’s 435 congressional districts.

“The investigation confirmed that a host of NGOs are actively facilitating the Biden border crisis,” the Heritage Foundation’s Oversight Project wrote in a statement. “Overflow from Customs and Border Protection is being transferred to these organizations so that Border Patrol avoids overcrowded facilities. These organizations apply for, and receive, taxpayer money to provide processing and transportation services and infrastructure to facilitate the migration of illegal aliens into the interior of the country.”

Title 42 has been used by both the Trump and Biden administrations to expel over 2.5 million migrants at the border since it was put in place. A federal judge last month ruled Title 42 was unlawful in response to a lawsuit originally brought by asylum-seeking migrants represented by the American Civil Liberties Union. The judge set the restrictions to be lifted on Wednesday, Dec. 21.

Six neighbors killed in condo dispute in Toronto including suspect, 73