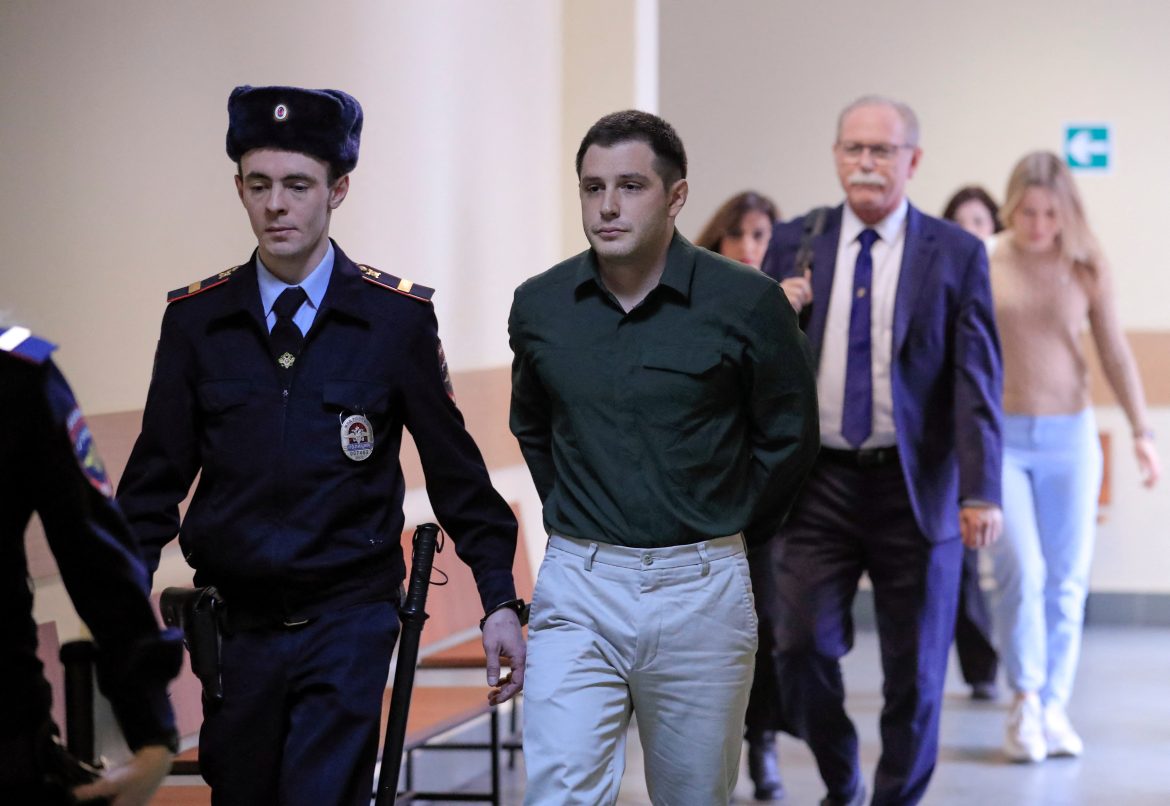 It likely meant nothing in the ongoing rift between the United States and Russia, but Wednesday the two countries completed an unexpected piece of diplomacy, agreeing to a prisoner exchange that freed a Marine and sent a convicted cocaine smuggler back to Russia.

Trevor Reed, who has been jailed in Russia for the past three years, was initially convicted of striking a police officer, which carried a sentence of 9 years in Russia. His counterpart, Konstantin Yaroshenko, is a pilot who was serving a 20-year sentence for conspiring to smuggle cocaine into the U.S.

According to Joey Reed, Trevor’s father, who spoke to the Associated Press, the exchange occurred at a Turkish airstrip when “the two planes pulled up side by side, essentially, and then they got out.”

The news was met with celebration at the White House. President Joe Biden had only recently met with Reed’s family to discuss his plight.

“Today, we welcome home Trevor Reed and celebrate his return to the family that missed him dearly,” Biden said in a statement. “Trevor … is free from Russian detention. I heard in the voices of Trevor’s parents how much they’ve worried about his health and missed his presence. And I was delighted to be able to share with them the good news about Trevor’s freedom.”

In his statement, Biden addressed concerns that the U.S. had released an actual felon in exchange for a person who, if he committed a crime at all, was convicted for a comparatively minor infraction and was given an overly harsh sentence.

“The negotiations that allowed us to bring Trevor home required difficult decisions that I do not take lightly,” Biden said. “His safe return is a testament to the priority my Administration places on bringing home Americans held hostage and wrongfully detained abroad.”

Officials in Washington were quick to stamp out any notion that the prisoner exchange was the precursor to additional cooperation between the United States and Russia.

“This is a discrete issue on which we were able to make an arrangement with the Russians,” a senior administration official told members of the press Wednesday. “It represents no change, zero, to our approach to the appalling violence in Ukraine.  Let me just emphasize this again because it’s so important:  The discussions with the Russians that led to this exchange were strictly limited to these topics, not a broader diplomatic conversation or even the start of one.”

Not least among the stumbling blocks between the U.S. and Russia is the fact that there are still other Americans being detained.

Most notable among those detainees is WNBA star Brittney Griner, who was jailed in February on allegations of bringing hashish oil cartridges into Russia. This claim is widely believed to be invented whole cloth by Russia as a means of detaining a high-profile American.

Griner’s name did not come up in Biden’s statement, and she was featured only briefly in remarks from the senior administration official.

However, Paul Whelan, a corporate security executive who has been jailed in Russia since 2018 on charges of spying for the U.S., was a major source of concern.

“We won’t stop until Paul Whelan and others join Trevor in the loving arms of family and friends,” Biden said.

As reported by The Detroit News, Whelan, who communicated through his parents, was far less optimistic.

“Why was I left behind,” Whelan’s statement reads. “While I am pleased Trevor is home with his family, I have been held on a fictitious charge of espionage for 40 months. The world knows this charge was fabricated. Why hasn’t more been done to secure my release?”

David Whelan, Paul’s brother, told The Detroit News, “The Russian and U.S. governments negotiated a trade, and that trade did not include Paul. There is no reason to think that a second trade or some other concession that would lead to Paul’s release is pending. Unfortunately, one of the possible perspectives this morning is that we’re starting over.”