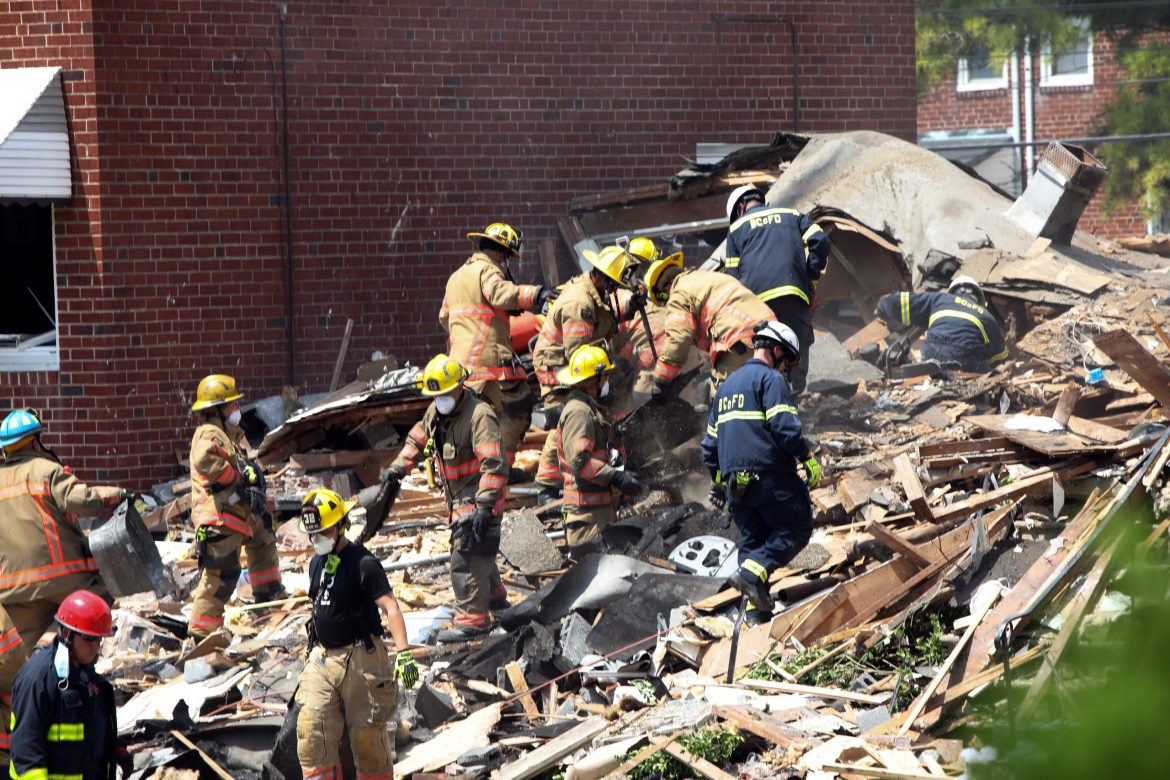 A gas explosion ripped through a Baltimore neighborhood on Monday, killing at least one person, injuring four and trapping children as the blast destroyed at least three homes, firefighters said.

Fire officials described it as a natural gas explosion but said the exact cause was under investigation.

The blast destroyed three brick row homes and ripped open the wall of another, according to Baltimore City Fire Department spokeswoman Blair Adams told reporters at the scene.

One woman was killed, four people were hospitalized in serious condition, and firefighters were trying to rescue a sixth person.

At one point at least five people were trapped, some of them children, the Baltimore Firefighters IAFF Local 734 said on Twitter.

Our members continue to work in this extreme heat. Specialized search dogs have been called to check the rubble for any signs of life.@MarylandOSFM & @ATFBaltimore have been added to the list of supporting agencies.

Neighbors responding to the blast dug through rubble and called out for victims.

One neighbor told the Baltimore Sun he could hear shouts from trapped children.

“You knew it was something catastrophic,” Dean Jones told WBFF television about hearing the blast. “I didn’t think. I didn’t grab shoes. I took off running. I followed the smoke. I started yelling to come help.”

Jones and several other neighbors freed at least one woman from the scene.

“Once they said a kid was in there, I lost it. I said I had to get in there now,” Jones told WBAL television.

But he also wanted no special accolades, saying, “I am not a hero, I’m a human.”

Neighbors said their windows were blown out and doors blasted off the hinges, the Sun reported.

Sourced from Reuters, WBAL, The Sun