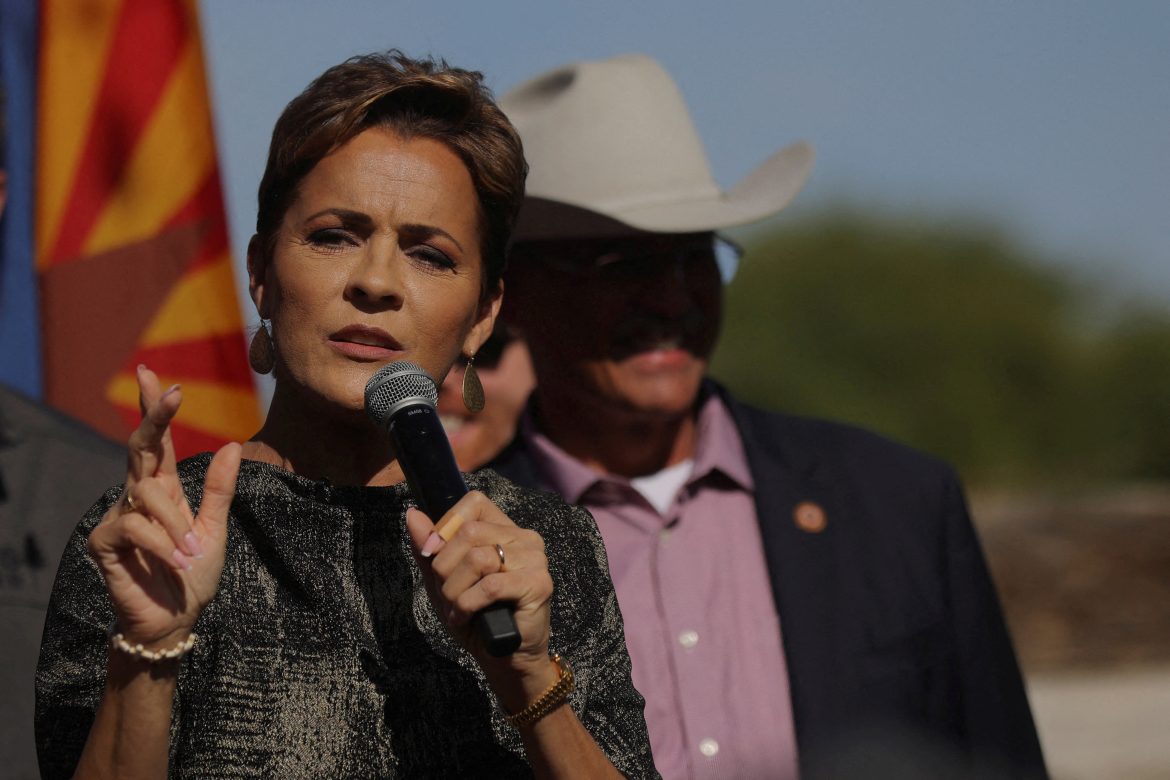 The delivery of an envelope containing a suspicious white powder prompted the Arizona gubernatorial campaign of Republican nominee Kari Lake to shut down its Phoenix headquarters two days before the election, the campaign said in a statement on Sunday.

The envelope in question, opened by a member of Lake‘s staff, was one of two confiscated by law enforcement for analysis in Quantico, Virginia, site of an FBI forensics laboratory, after the incident was reported, according to the statement.

The staff member “is currently under medical supervision,” the statement said, adding that the campaign was awaiting results of the analysis.

The Phoenix Police Department said in a separate statement that no one was reported injured, and that an investigation of “suspicious items located inside the mail” was continuing.

The disruption came at a critical moment for the Lake campaign, which is locked in a tight gubernatorial race with the Democratic nominee, Katie Hobbs, currently serving as Arizona’s secretary of state.

The FBI’s field office in Phoenix said its agents and local law enforcement responded on Sunday morning to “a report of suspicious letters” at the location of the Phoenix campaign headquarters.

Neither the FBI statement, nor the Phoenix police, referred to Lake or her campaign by name.

Also, the FBI said law enforcement’s response came on Sunday, whereas the campaign’s statement said the suspicious envelope had been opened “yesterday,” or Saturday. There was no immediate explanation for the apparent discrepancy.

Hobbs condemned the behavior directed at her opponent, issuing a statement calling the incident “incredibly concerning,” adding, “I am thankful that she (Lake) and her staff were not harmed,” CNN reported.

“Political violence, threats, or intimidation have no place in our democracy,” CNN quoted Hobbs as saying.

The incident came nearly two weeks after a burglary of Hobbs’ campaign headquarters. A suspect was arrested two days later.

Hobbs’ campaign has criticized Lake for failing to condemn threats to election workers and voters, saying the Republican candidate’s harsh rhetoric and acceptance of Trump’s election falsehoods created conditions for such a burglary to take place.

Lake has called any attempt to blame her campaign for the break-in “absolutely absurd.”