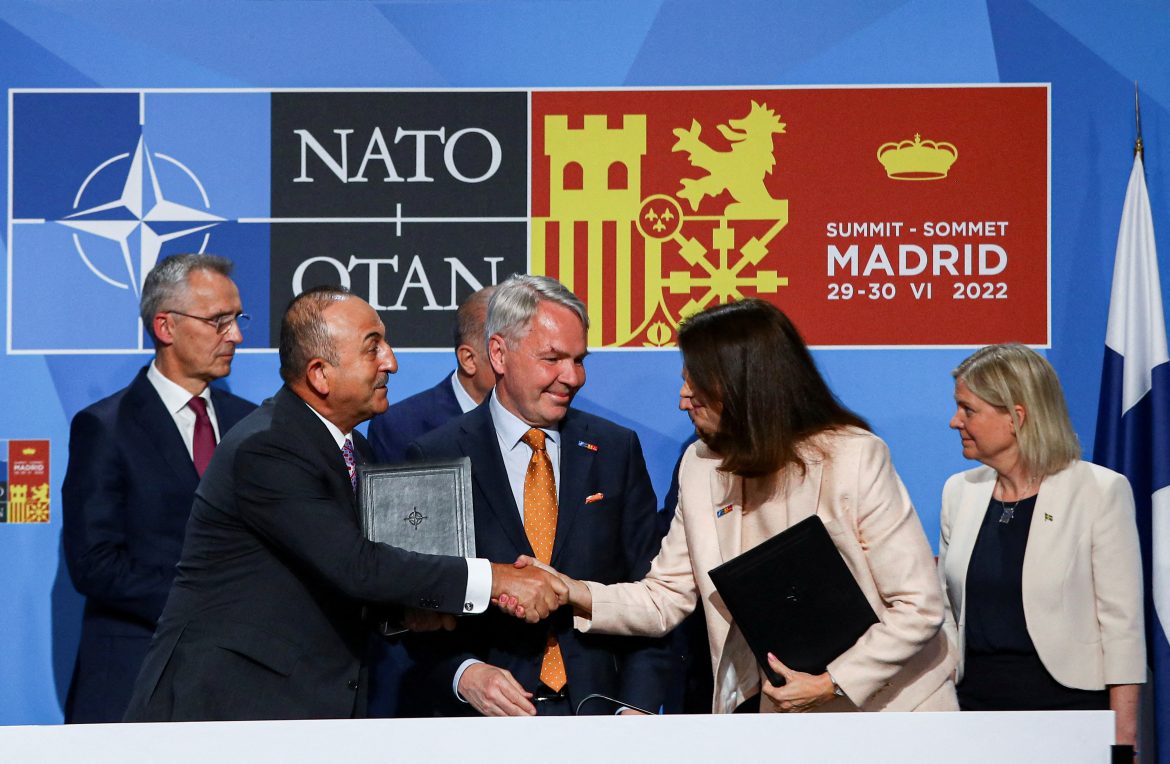 A month-long impasse over Sweden and Finland’s bids to join NATO has finally ended, after Turkey agreed Tuesday to lift its veto blocking their acceptance. The move paves the way for the most consequential expansion of the intergovernmental military alliance in decades. Formal acceptance is expected to take place today at an ongoing NATO summit in Madrid.

NATO Secretary General Jens Stoltenburg called the decision “historic” following urgent, top-level talks between Turkey, Sweden, and Finland to address Turkish President Recep Erdogan’s objections. The intergovernmental military alliance requires consensus in decisions to admit countries seeking membership, but Erdogan refused to give his consent until certain conditions were met, including the “extradition of terrorist criminals” and the lifting of arms embargoes imposed on Turkey following its 2019 military incursion into northeast Syria. Turkey has accused the Nordic countries of harboring Kurdish rebels it considers to be terrorists.

There have been no disclosures as to exactly what was agreed to between the three countries. Swedish Parliament member Amineh Kakabaveh, who is of Kurdish descent, however, said that it is “worrisome that Sweden isn’t revealing what promises it has given Erdogan.”

Swedish Prime Minister Magdalena Andersson said the agreement was “good for Finland and Sweden. And it’s good for NATO.”

Sweden and Finland reversed their historically nonaligned positions to seek membership in the alliance in response to Russia’s invasion of Ukraine. Finland shares an 830-mile border with Russia.

In response to the news, Moscow has threatened to position ballistic missiles and nuclear weapons on its border if Sweden and Finland join NATO and said their admission into the alliance could trigger World War III, according to a Wall Street Journal report.

“In the event of such an expansion of NATO, the length of its land borders with Russia will more than double,” said Dmitry Medvedev, deputy chairman of the Russian Security Council. “We will have to strengthen these borders. The Baltic region’s nonnuclear status will become a thing of the past, the group of land and naval forces in the northern sector will be seriously increased,” he continued, adding, “It’s not the best prospect for them to have our Iskanders, hypersonic missiles, warships with nuclear weapons on their doorstep.”