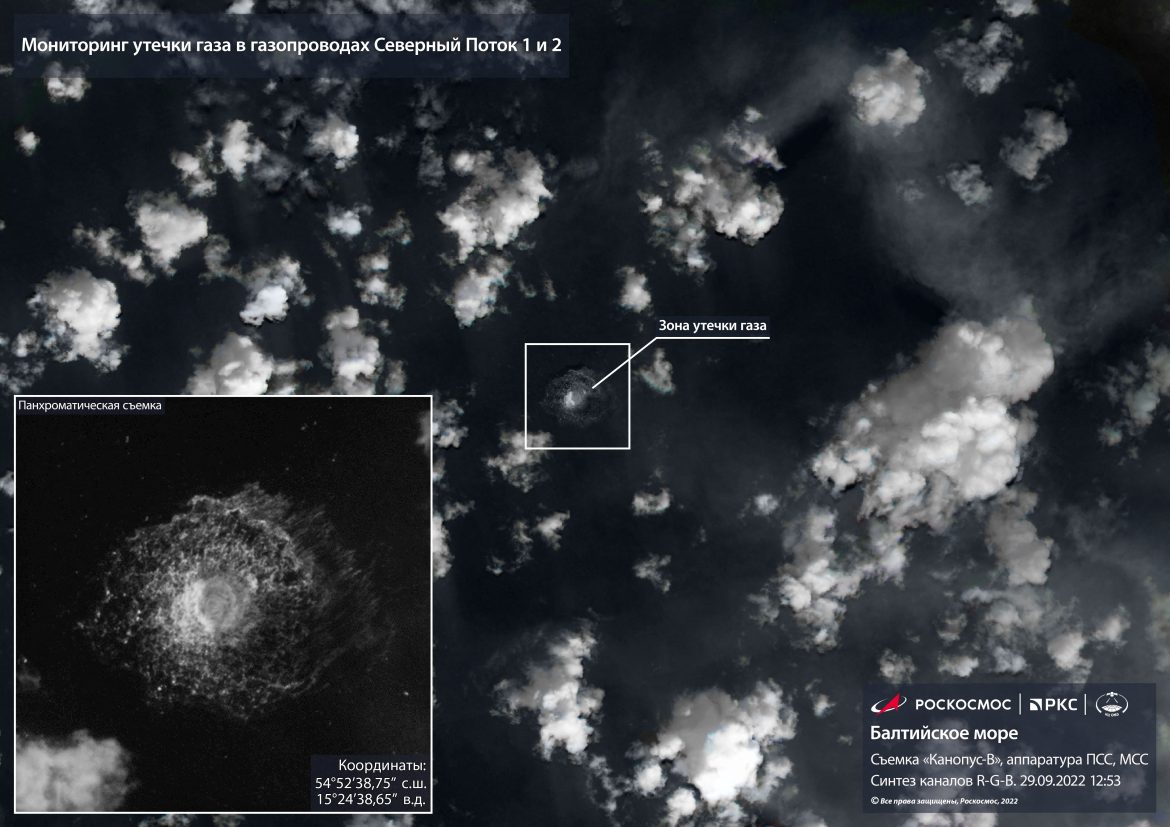 A crime scene investigation of the Nord Stream 1 and 2 gas pipelines from Russia to Europe found evidence of detonations, strengthening suspicions of “gross sabotage”, Sweden’s Security Service said on Thursday.

Swedish and Danish authorities have been investigating four leaks after the pipelines, which link Russia and Germany via the Baltic Sea and have become a flashpoint in the Ukraine crisis, were damaged at the start of last week.

Europe, which used to rely on Russia for about 40% of its gas, is facing an energy crisis in the aftermath of Moscow’s invasion of Ukraine which has cut off supplies of fuel in a continuing stand-off.

It is investigating what caused the leaks as Moscow seeks to pin the blame on the West, suggesting the United States stood to gain. Washington has denied any involvement, despite President Joe Biden’s promise in February to “bring an end to” the Nordstream 2 pipeline if Russia invades Ukraine.

“After completing the crime scene investigation, the Swedish Security Service can conclude that there have been detonations at Nord Stream 1 and 2 in the Swedish economic zone,” it said.

The security service added that there was extensive damage to the gas pipelines and it had retrieved some material from the site that would now be analyzed. The evidence “has strengthened the suspicions of gross sabotage,” it added.

“The pipes are at a depth of 70-80 meters and at those depths you use unmanned underwater vehicles,” he added.

Russia said it had been informed via diplomatic channels that it was not able to join the investigation.

“As of now, there are no plans to ask the Russian side to join investigations,” Kremlin spokesman Dmitry Peskov told reporters, adding that Moscow replied it was not possible to conduct an objective investigation without its participation.

The operators of the pipelines owned by Russia and European partners said this week they were unable to inspect the damaged sections because Danish and Swedish authorities had cordoned off the area on Monday.

Sweden’s Prosecution Authority said on Thursday the area, where gas spewed into the sea for almost a week, was no longer cordoned off.

It was not possible to let others take part in a Swedish criminal investigation, Sweden’s justice minister said on Wednesday in response to the Kremlin.

Denmark’s Foreign Minister Jeppe Kofod told Reuters on Thursday that a police-led task force between Denmark, Sweden, and Germany was in charge.

Maria Zakharova, a spokeswoman for the Russian foreign ministry, said on Thursday that Moscow would insist on a “comprehensive and open investigation” that includes Russian officials and Gazprom.

“Not to allow the owner (of the pipelines) to witness the investigation means there is something to hide,” Zakharova said.

The Swedish government has received no application from Gazprom or Nord Stream to investigate the damage themselves, an enterprise minister spokesperson said.

As European countries try to reassure consumers that they will have enough power as the cold months draw near, the chief executive of energy group Eni said on Thursday that Italy will have its gas storage nearly full ahead of winter.

Nonetheless, the supply situation is tight, and Italy should be alert to uncertainties that could arise in case of a colder winter or unexpected problems with energy infrastructure, Eni CEO Claudio Descalzi said.

Last year, Italy sourced 40% of its gas imports from Moscow, and Eni was the country’s biggest importer of Russian gas.

The head of Germany’s Federal Network Agency, which would be in charge of gas rationing in the event of a supply emergency, repeated his warning a week ago that consumption was too high.

“We will struggle to avoid a gas emergency this winter without at least 20% savings in private households, businesses, and industry,” Klaus Mueller of the Bundesnetzagentur said.

“The situation may become very serious if we do not significantly reduce our gas consumption,” he told Reuters.