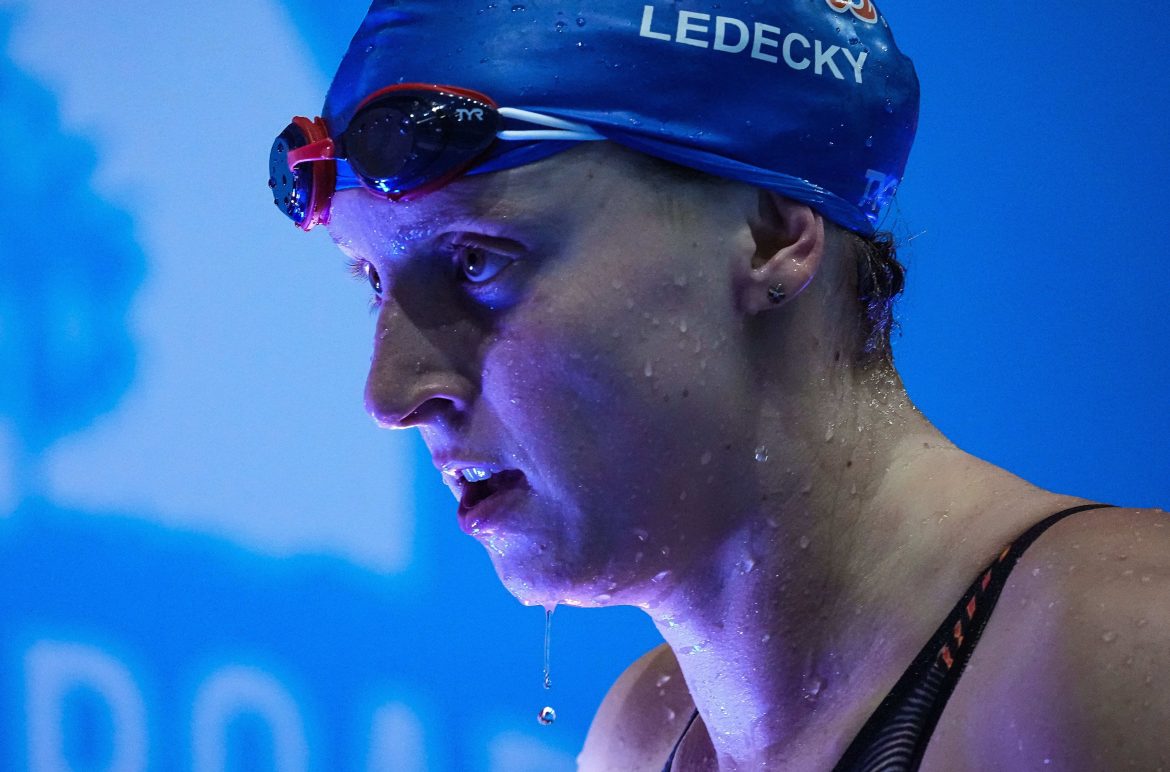 Ten-time Olympic medallist Katie Ledecky broke her second world record in just over a week on Saturday, beating the all-time women’s short-course time in the 800 meters freestyle at the Indianapolis FINA World Cup meeting on Saturday.

The American led from the start and finished in 7:57.42, shaving nearly two seconds off the previous mark set by Spain’s Mireia Belmonte in 2013.

Ledecky, who earned her third straight Olympic gold in the 800m freestyle in Tokyo last year, smashed the short-course world record in the 1,500 meters freestyle by nearly 10 seconds the previous Saturday.