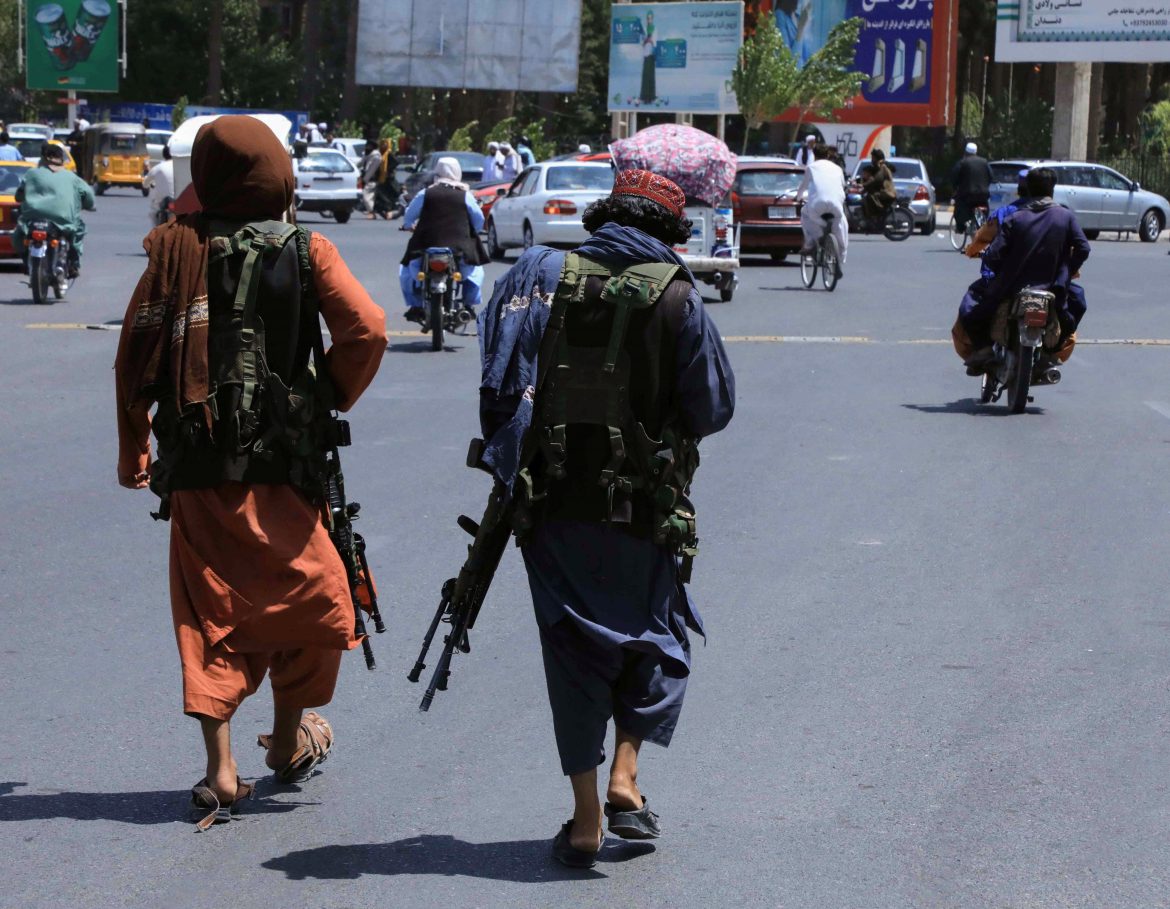 A senior Afghan Interior Ministry official said Ghani had left for Tajikistan. Asked for comment, the president’s office it “cannot say anything about Ashraf Ghani’s movement for security reasons”.

A representative of the Taliban said the group was checking on Ghani’s whereabouts.

American diplomats were evacuated from their embassy by chopper after a swift advance by the militants, who were poised to run Afghanistan again 20 years after they were toppled by U.S.-led forces following the Sept. 11 attacks on the United States.

But there were no reports of fighting and the group’s spokesman Zabihullah Mujahid said they were waiting on the outskirts and were in talks with the Western-backed government for a peaceful surrender.

“Taliban fighters are to be on standby on all entrances of Kabul until a peaceful and satisfactory transfer of power is agreed,” he said.

Representatives from the two sides were due to meet in Qatar on Sunday, Fawzi Koofi, a member of the Kabul negotiating team, told Reuters. A source familiar with the matter said they would discuss a transition of power and U.S. officials would also be involved.

Known during their past rule for keeping girls out of school and hardline Islamic punishments such as amputation, stoning and hanging, the Taliban appeared to be trying to project a more modern face.

Another spokesman Suhail Shaheen said the group would protect the rights of women, as well as freedoms for media workers and diplomats.

“We assure the people, particularly in the city of Kabul, that their properties, their lives are safe,” Shaheen told the BBC, saying a transfer of power was expected in days.

The ease of the Taliban’s advance, despite billions of dollars spent by the United States and others to build up local Afghan government forces, has stunned the world.

Before news that Ghani had left Kabul, a palace official said he was in emergency talks with U.S. peace envoy Zalmay Khalilzad and officials from the NATO transatlantic alliance.

Power would be handed over to a transitional administration, the government’s acting interior minister, Abdul Sattar Mirzakawal, tweeted on the Tolo news channel. “There won’t be an attack on the city, it is agreed that there will be a peaceful handover,” he said without elaborating.

A tweet from the Afghan presidential palace account said firing had been heard at a number of points around Kabul but that security forces, in coordination with international partners, had control of the city.

Many of Kabul’s streets were choked by cars and people either trying to rush home or reach the airport, residents said.

“Some people have left their keys in the car and have started walking to the airport,” one resident told Reuters by phone. Another said: “People are all going home in fear of fighting.”

Afghans had fled the provinces to enter Kabul in recent days, fearing a return to hardline Islamist rule.

Early on Sunday, refugees from Taliban-controlled provinces were seen unloading belongings from taxis and families stood outside embassy gates, while the city’s downtown was packed with people stocking up on supplies.

U.S. officials said diplomats were being ferried by helicopters to the airport from its embassy in the fortified Wazir Akbar Khan district, while a NATO official said several European Union staff had moved to a safer location in Kabul.

U.S. troops were still arriving at the airport, amid concern heavily armed Afghan security contractors could “mutiny” because they have not been assured the United States is committed to evacuating them, a person familiar with the issue said.

The local U.S. mission staff did not know where they should report for evacuation or how that would happen, the source said, adding they believed a small residual security force comprised mostly of third country nationals remained at the embassy.

U.S. Secretary of State Antony Blinken said in Washington that the embassy was being moved to the airport deliberately and safely and has list of people to get out of harm’s way.

A NATO official said the alliance was helping to secure the airport and that a political solution to the conflict was “now more urgent than ever”.

Russia said it saw no need to evacuate its embassy for the time being.

Earlier on Sunday, the insurgents captured the eastern city of Jalalabad without a fight, giving them control of one of the main highways into landlocked Afghanistan. They also took over the nearby Torkham border post with Pakistan, leaving Kabul airport the only way out of Afghanistan still in government hands.

“Allowing passage to the Taliban was the only way to save civilian lives,” a Jalalabad-based Afghan official told Reuters.

A video clip distributed by the Taliban showed people cheering and shouting “Allahu Akbar” – God is greatest – as a convoy of pickup trucks entered Jalalabad with fighters brandishing machine guns and the white Taliban flag.

Iran said it had set up camps along the Afghan border to provide temporary refuge to Afghans fleeing their country.

Three diplomatic sources said Ali Ahmad Jalali, a U.S.-based academic and former Afghan interior minister, could be named head of an interim administration in Kabul, though it was unclear whether the Taliban had agreed. In 2014, he was barred from running for president after refusing to give up his U.S. citizenship.

After U.S.-led forces withdrew the bulk of their remaining troops in the last month, the Taliban campaign accelerated as the Afghan military’s defenses appeared to collapse.

President Joe Biden on Saturday authorized the deployment of 5,000 U.S. troops to help evacuate citizens and ensure an “orderly and safe” drawdown of military personnel.

The Taliban said its rapid gains showed it was popularly accepted by the Afghan people.

Biden said his administration had told Taliban officials in talks in Qatar that any action that put U.S. personnel at risk “will be met with a swift and strong U.S. military response.”

He has faced rising domestic criticism after sticking to a plan, initiated by his Republican predecessor Donald Trump, to end the U.S. military mission in Afghanistan by Aug. 31.

“An endless American presence in the middle of another country’s civil conflict was not acceptable to me,” Biden said on Saturday.