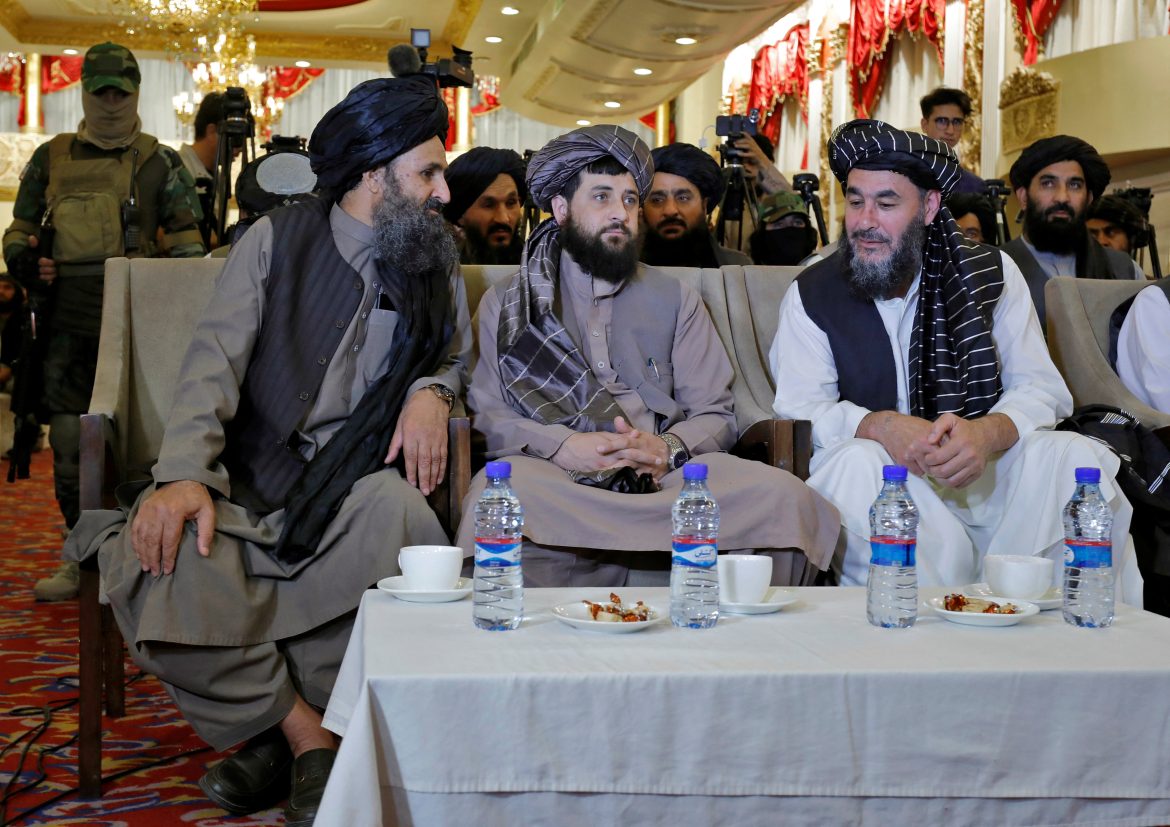 An independent human rights group said the Taliban detained, bound, and shot to death 27 captives in Afghanistan’s Panjshir Valley near Kabul last month, disproving the group’s claim that the men died in battle.

Afghan Witness verified on Tuesday that, in the course of its probe into the deaths, investigators uncovered a video showing five men — blindfolded with their hands bound behind their backs — collapse as Taliban fighters sprayed them with bullets. The assassins erupted into cheers as the captives fell in the bloodbath, The Associated Press reported.

The report is a rare confirmation of the brutality the Taliban is wielding to preserve the power it seized in Afghanistan following President Biden’s highly controversial withdrawal of U.S. troops in August 2021. At the time, the White House insisted that a Taliban takeover was “not inevitable,” despite bipartisan concern that the power vacuum created by the pullout of American forces would almost certainly result in a Taliban takeover. Afghan President Ashraf Ghani fled the country after the terrorist militants stormed the presidential palace in Kabul.

David Osborn, who heads up Afghan Witness, an arm of the U.K.-based non-profit Center for Information Resilience, said the report offers the “most clear-cut example” of the Taliban carrying out an “orchestrated purge” of resistance fighters.

The watchdog group also analyzed videos and images to “conclusively link” an identified group of Taliban fighters to the slaying of 10 men in the Dara District of Panjshir, including the five whose executions were captured on the video.

Afghan Witness also claims to have credible evidence showing the Taliban’s responsibility for 30 additional deaths last month in its offensive against alleged resistance fighters in Panjshir. It further said that it was able to confirm 17 additional killings through images posted on social media.

Like the men in the video, the captives’ hands were bound behind their backs before they were killed. Videos and photos of Taliban fighters posing with the dead bodies, some of which were close-ups, aided the human rights group with geolocation. Cross-referencing images and videos allowed them to pinpoint the group of Taliban fighters responsible.

“Using open-source techniques, we have established the facts around the summary and systematic execution of a group of men in the Panjshir Valley in mid-September,” Osborn said. “At the time of their execution, the detained were bound, posing no threat to their Taliban captors.”

“The Taliban committed war crimes by killing POWs that surrendered to them point blank and the videos are evidence of this,” he said.

Taliban-appointed spokesman for the defense minister, Enayatullah Khawarazmi, said a delegation is investigating the videos referenced in the report but said he could not provide details regarding an ongoing probe.

Zabihullah Mujahid, the spokesman for the Taliban-run government, said last month that the Taliban killed 40 opposition fighters and captured over 100 more in Panjshir, according to the AP, though he provided no details as to how the men died.

The Panjshir Valley fighters represent the last remaining fragment of Afghanistan’s security forces who vowed to resist the Taliban when they seized power after the U.S. withdrawal.

On Aug. 10, 2021, Former White House Press Secretary Jen Psaki appeared to brush off a reporter’s question asking if the Biden administration might be over-confident that the Afghan military could prevent a Taliban takeover after the withdrawal. Psaki responded by saying the administration assessed “that the Afghan national security defense forces have the equipment, numbers, and training to fight back.”

“Now is the time for them to utilize the training, the assistance, the security guidance that they have been provided over the last two decades,” Psaki said. She later added that “The president continues to believe that it is not inevitable that the Taliban takes over Kabul or the country and that [Afghan forces] need to show political will at this point to push back.”

FISM reported in August 2021 that Republicans on the House Armed Services Committee accused President Biden of creating a “safe haven” for the Taliban to “recruit and train the next generation of terrorists.”

“You failed to provide us with [a plan] and based on the horrific events currently unfolding in Afghanistan, we are confident that we never received your plan because you never had one,” the Republicans wrote in a joint letter to the president.

The congressmen demanded to know “how and from where our ISR, counterterrorism, and conventional forces will be used to disrupt the formation for terrorist operations.”

To date, FISM there has been no indication that Biden responded to the letter.