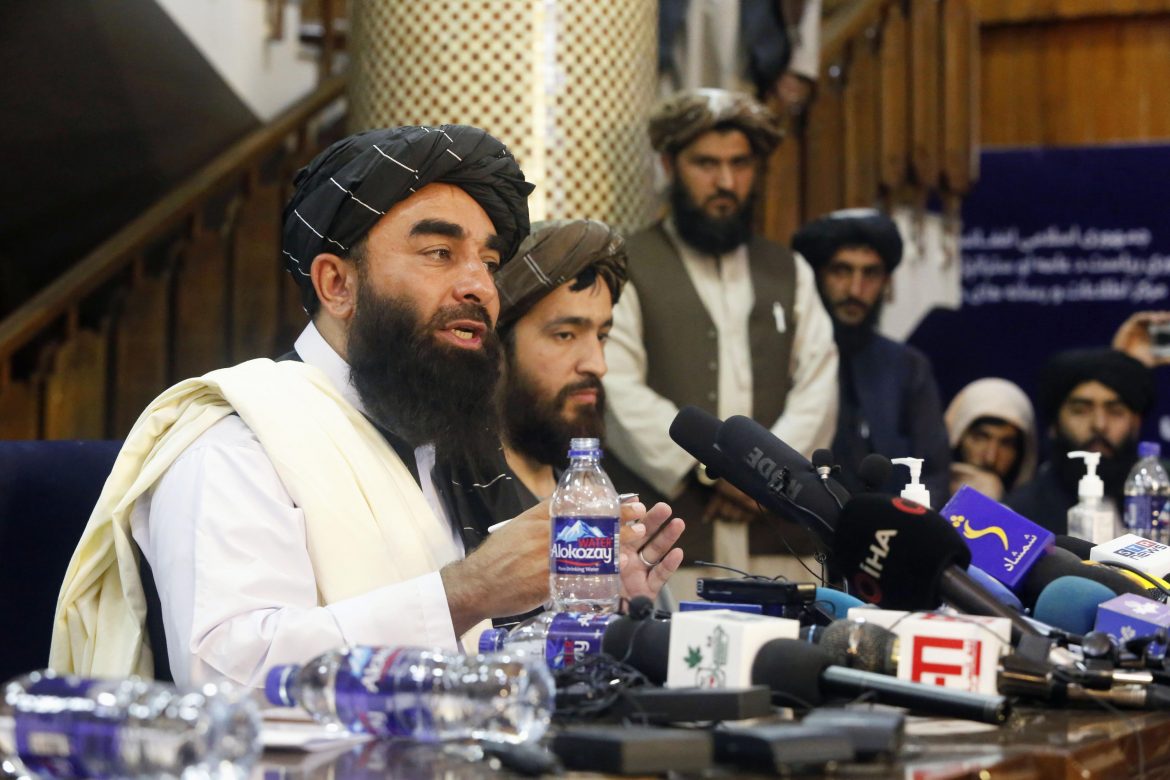 Shortly after their takeover of Afghanistan, the Taliban held a press conference in which they lauded the group’s efforts in taking the country and announced that the war is finished.

The Taliban spokesperson attempted to portray an updated image for the group saying that they would respect women’s rights, not retaliate against those who fought against them, and not allow terrorist organizations to infiltrate the country.

The spokesperson also said that it was the Taliban’s intention to enter Kabul peacefully, but that the previous government had failed in keeping security and protecting its people. He claimed that the terrorist group is acting as security for Afghan citizens from what he called insurgents who supposedly wanted to take advantage of the Taliban takeover of Kabul.

Regarding the international community, the spokesperson said that the world should respect their Islamic law and principles as it is their right to exercise these rules in their country. He said the Taliban does not want to create conflict with the international community, but demanded respect from them. He also said that taking care of foreign embassies was the highest priority for the group.

The spokesperson alleged that the role of women under a Taliban government will change and be less oppressive. He claimed women will be allowed to work in their previous roles following Islamic guidelines and rules, and that the Taliban wants women to be more involved and feel safe in the new government.

The Taliban also touched on improving the economic situation, which the spokesperson said will come from changes in society. Basically, he said the Taliban wants the people to feel safe and to see the mujahideen as servants instead of rulers. He claimed this would bring positive economic change to the region.

He also called on the press to be impartial, and to criticize the Taliban in a way that highlights what they are not getting right. He stated that the press would remain safe, but to not publish anything against their Islamic principles.

Despite the promises and seemingly positive spins, the Afghani people and the international community remain skeptical. In fact, skepticism continues to grow as reports of brutality and violence from the terrorist organization filters out of the country.

Just this morning, the Taliban fired into a crowd of protestors in Jalalabad (WARNING – disturbing content) who were reportedly asking to keep the current Afghanistan flag rather than switch to the white Taliban flag. There were casualties in the incident, with Reuters reporting three deaths.

A separate report shows the Taliban forcing people against a wall (WARNING – disturbing content) while carrying assault rifles and explosive weaponry. On Twitter, Iranian journalist Masih Alinejad claims that the Taliban are “attacking people’s homes and arresting them.” She also says that people who worked for the previous government are fearful despite the Taliban suggesting that they are forgiven.

The Taliban also moved in on the U.S. embassy and removed the U.S. flag. The Chinese and Russian embassies, however, remain fully intact, and each nation has expressed the desire to work with the Taliban in the future.

As for women in the new Taliban government, the future seems bleak. Reports of people covering depictions and images of women in order to avoid confrontation with the Taliban have surfaced. Reports of abuse against women and the fear of further violence continue to circulate as well. Karley Cicale of FISM News chronicles two such instances:

…an Afghan woman who was a student in Kabul told how police were evacuating women from dormitories because the Taliban would beat women who do not wear burqas. She and her sisters had to hide their IDs, diplomas, and certificates, as these would be obvious indicators that they were educated women. Another woman shared that fear was running so high as rumors of the Taliban takeover circulated, that the price of burqas had risen tenfold as women rushed to buy them.

New York Assembly to Continue Cuomo Investigation After His Resignation