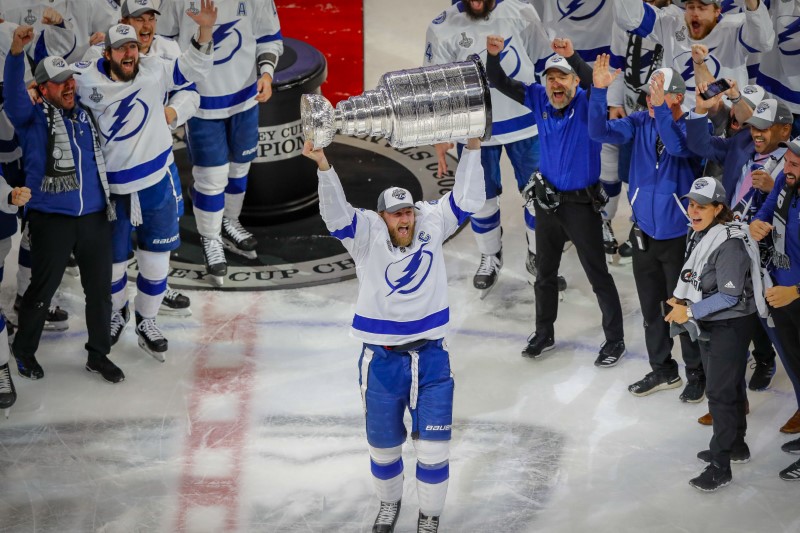 For the second time in their franchise’s history, the Tampa Bay Lightning received the Stanley Cup after beating the Dallas Stars 2-0 in Game 6 of the NHL Finals.

The Lightning have been trying to clinch the Cup since their win in the 2003-04 season, but have until now fallen short. In the past few years they have played well and come close to the title. In 2015 they lost in the Stanley Cup Finals; in 2016 and 2018 they were kicked from the Eastern Conference Finals; and in 2019 they lost in the first round even after having the best regular season in the League. However, the Tampa Bay Times calls these “obligatory tearjerkers in hockey’s ultimate tale of redemption.”

The Lightning’s Game 6 win marks the end of a 12-month long season, due to a pause from the coronavirus pandemic lockdowns.

Sourced from the Tampa Bay Times