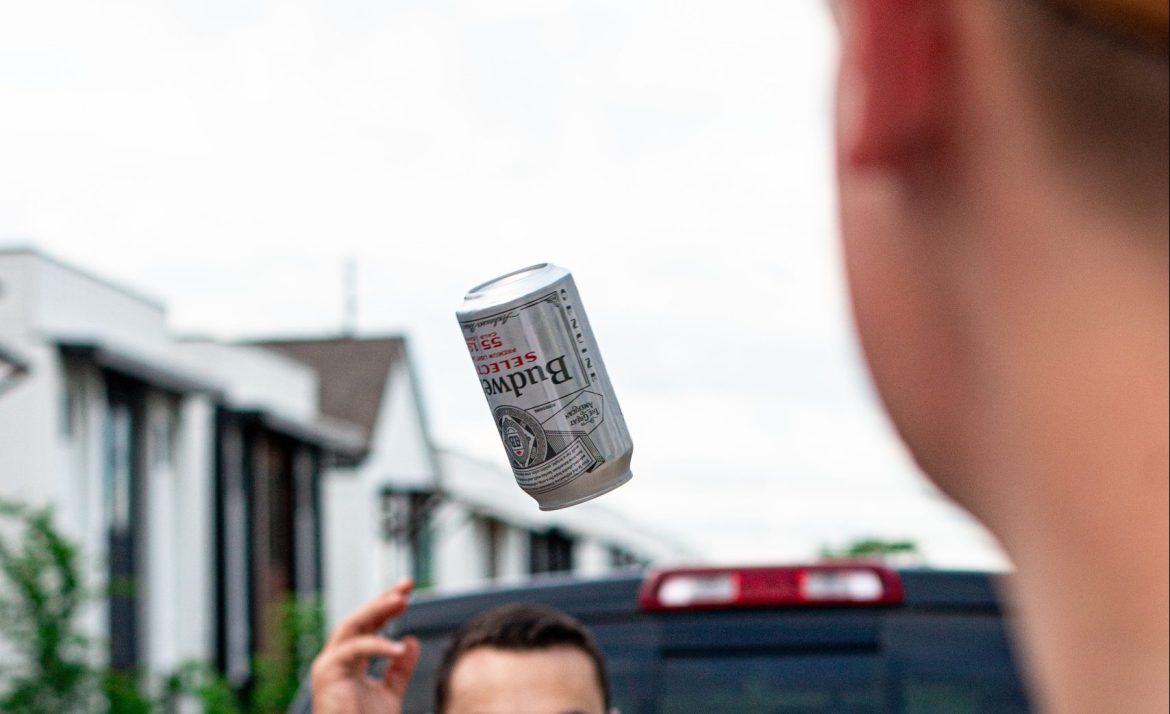 Neither Ted Cruz’s person or personality were harmed when a man in Texas threw a beer can at the Republican senator during a Monday Houston Astros World Series celebration.

Cruz was riding in the back of a military vehicle when a beer can came flying his way. Cruz knocked the can away with his hand as a member of his security detail reached in to shield the senator from a direct hit.

Cruz, who was accompanied by a security detail consisting of plain-clothes and uniformed officers, reported no injuries and quickly made a joke at the expense of his assailant.

“As always I’m thankful for the Houston Police and Capitol Police for their quick action,” Cruz tweeted. “I’m also thankful that the clown who threw his White Claw had a noodle for an arm.”

As always I'm thankful for the Houston Police and Capitol Police for their quick action.

I’m also thankful that the clown who threw his White Claw had a noodle for an arm. https://t.co/CRSfNHckA2

Later the Houston Police Department confirmed that an arrest had been made and that the can had indeed struck the senator.

“HPD made one arrest during today’s victory parade,” a tweet from the Houston Police Department reads. “A male, 33, threw a beer can at U.S. Senator Ted Cruz as the Senator was on a float in the 2400 block of Smith St. The beer can struck the Senator in the chest/neck area. The Senator did not require medical attention.”

Through a subsequent tweet, the department added, “Nearby HPD officers arrested the male without further incident. He was taken to jail and faces assault charges. We will release the suspect’s name and booking photo here when formal charges are filed.”

Nearby HPD officers arrested the male without further incident. He was taken to jail and faces assault charges. We will release the suspect's name and booking photo here when formal charges are filed. 2/2

Arcidiacono has since been charged with aggravated assault with a deadly weapon, a felony.

His attorneys have begun constructing a defense around the idea that this was all a misunderstanding and that Arcidiacono was attempting to share a beer with the senator rather than harm him.

“The night before the parade, Joey texted a friend, ‘My dream would be to throw one of the players a beer. Doubt it would happen haha but that would be epic,’” a statement from Bill Stradley of the Stradley Law Firm, reads.

Stradley added, “This was stupid, good fun. This ended up as not fun,” the statement reads. “Joey apologizes for how his actions alarmed Senator Cruz, his family, and his security detail and put a damper on an otherwise beautiful celebration for millions of Houstonians. With this fuller context, we ask for grace and hope Senator Cruz declines to maintain charges.”

A statement from Houston attorney Bill Stradley regarding his client Joey Arcidiacono.

The purpose is correct and add some context to publicly shared information regarding Joey's arrest at the Astros 2022 Championship Parade. pic.twitter.com/vaJdC7KJ3c

With only a 10-second video clip in which one never actually sees Arcidiacono, it is impossible to gauge whether the beer can was thrown in anger or as a misguided gesture of friendship.

One is also hard-pressed to assess the velocity at which the can traveled, other than to know it came slow enough to be seen and reacted to, but also fast enough to glance off of Cruz after being swatted away.

In short, Arcidiacono’s defense is at least plausible, but thus far impossible to verify.

The “stupid, good fun” defense is complicated somewhat by the fact that Cruz is not a coach or player with the Astros. It seems odd that Arcidiacono would attempt to live out his goal of drinking a beer with a member of the MLB squad by firing a beverage at a sitting senator, but stranger things have happened at sports celebrations.

Cruz gave no indication as to whether he’d consider asking for Arcidiacono to be treated with leniency.

Republicans pick up Senate seat, move closer to taking the House with many races still undecided