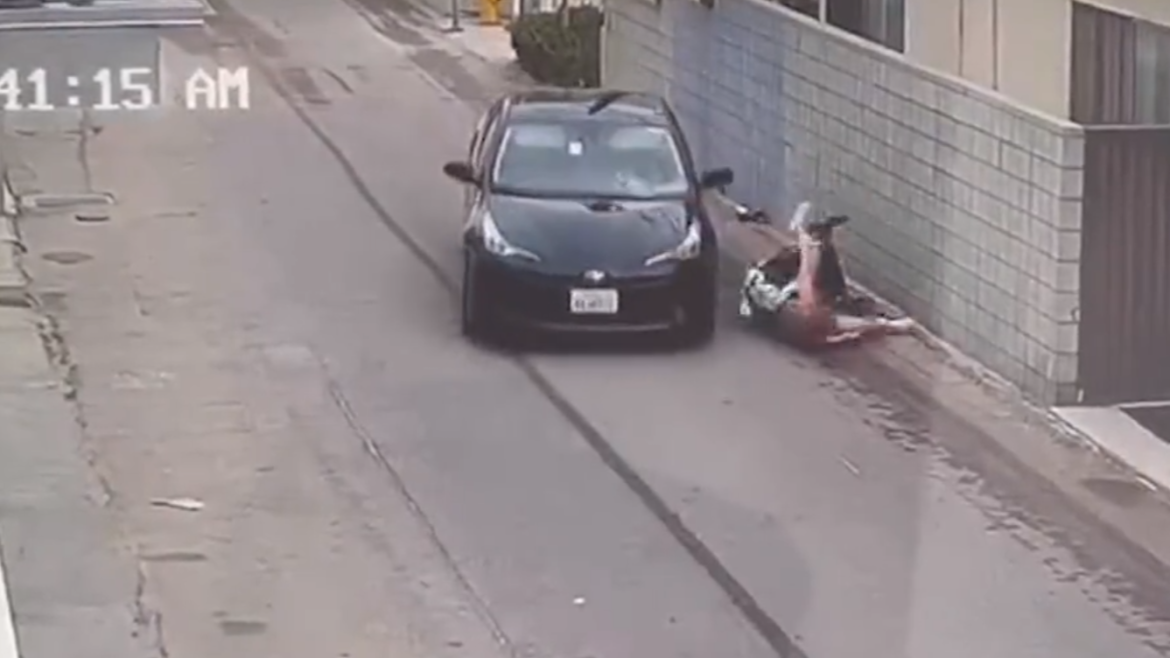 The young man who made national headlines two years ago when he drove a stolen car into a woman walking her child in a stroller has died, and the mother who he victimized has levied at least some of the blame on Los Angeles District Attorney George Gascón.

Fox News was first to report on the death of Kristopher Baca who, in addition to nearly killing a mother and child, had previously been put on probation for poisoning a young woman’s drink.

Baca was never punished with anything resembling severity and, in the case of his most prolific crime, was let off with being sentenced to a 5-to-7 month stay at a juvenile probation camp.

Fox described the camp as “less severe than military school but harsher than summer camp.’ Gascón’s office referred to the sentence as “an appropriate resolution.”

It certainly led to a degree of resolve from the mother, who identified herself only as “Rachel” to Fox News; she moved her entire family away from Los Angeles to escape the crime and lack of meaningful consequences for criminals.

“I think I feel shorted — by the system because they didn’t hold him accountable and sad, not for him, but for his mom a little, because if George Gascon actually did his job, this kid would still be alive in jail,” Rachel said.

According to police reports, deputies found Baca in Palmdale, California. It appears he died of a gunshot wound.

The shot is believed to have been fired from the window of a vehicle, the occupant or occupants of which had argued with Baca as he walked home from a party.

On August 6, 2021, Baca, whose name was not made public until after his death, committed the notorious crime which garnered national attention. Cameras captured the horrific incident that unfolded when the young man — 15 years old at the time — drove a stolen car the wrong way down a one-way backstreet and struck Rachel and the stroller in which her infant son was riding.

While Rachel managed to shield her child from harm, she was sent skyward and landed on her head and shoulders before immediately leaping up to check on her son, who by God’s grace was not seriously injured.

Baca attempted to speed away from the scene but had his escape halted by a good samaritan who slammed his truck into the vehicle Baca had stolen.

Police eventually placed Baca in custody and found that he also had drugs in his system and marijuana in the car.

Despite the laundry list of potential felonies, it appears the Los Angeles D.A.’s office viewed the crime as little more than a misstep for a misguided youth, as evidenced by the remarkably light sentence.

As of this writing, Gascón had not addressed Baca’s death and, given the mass shooting that occurred Saturday night in Los Angeles County, it’s unlikely he will.

“The universe delivered the justice we weren’t given in court, but a much harsher punishment than he’d have been dealt in a court of law,” Rachel said.

Gascón’s pathological sympathy toward criminals has landed him in the crosshairs of one of the nation’s more spirited recall efforts. A group named “Recall District Attorney George Gascón” has created a website dedicated to the victims of crimes the group said could have been prevented were Gascón tougher on crime.

“Crime victims have been personally impacted by Los Angeles County District Attorney George Gascón’s irresponsible policies that endanger public safety,” a page on the group’s website reads. “Gascón’s lack of respect for victims’ rights is a slap in our face. His policies directly benefit the criminals who murdered people we love.”

Included on the same page are the stories of 14 individuals who have been murdered during Gascon’s tenure and whose lives or cases the group alleges were negatively impacted by Gascon’s policies.