Teen dead, more than 375,000 without power in Michigan after storms 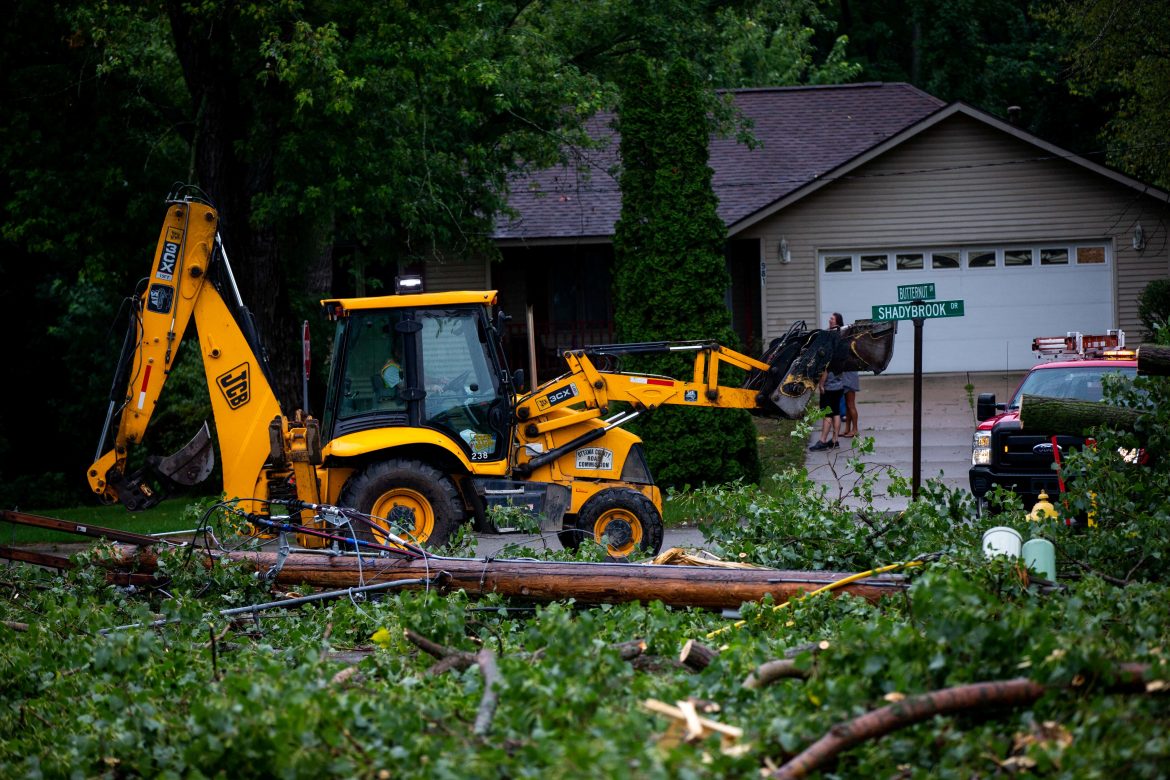 Hundreds of thousands of residents in Michigan were without electricity on Tuesday morning after powerful storms toppled trees and downed thousands of power lines in the state on Monday, including one that electrocuted a 14-year-old girl.

Dozens of schools across southeastern Michigan, including nearly two dozen in Detroit alone, canceled classes on Tuesday because of the outages, officials and The Detroit News said.

In Monroe, a 14-year-old girl was electrocuted late on Monday when she came in contact with an electrical line that fell during the storm outside her home, police said. When officials arrived on the scene, they found the girl in contact with the energized wire and she succumbed to her injuries, police added.

The girl was walking with a friend in her backyard when she grabbed what she thought was a stick, but it was actually a charged power line, officials said in a statement.

A line of storms also hit parts of Illinois, Indiana, and Ohio late on Monday. Fire officials in Ohio said a woman was killed by a tree that fell during the storm.

DTE Energy said gusts of 70 miles per hour downed more than 3,300 power lines and that it was bringing in crews from across the country to make repairs. The utility said it expected to have restored power to 80% of its affected customers, about 264,000, by the end of Thursday.

Consumers Energy said it had seen outages in nearly half of Michigan’s counties, with more than 111,000 customers still affected as of Tuesday morning.

Clear weather on Tuesday was expected to help crews working to fix the downed lines, the utility companies said, adding crews worked through the night to restore power after storms had taken down trees and power lines.

Consumers Energy also said that its crews overnight restored power to about 40,000 customers.