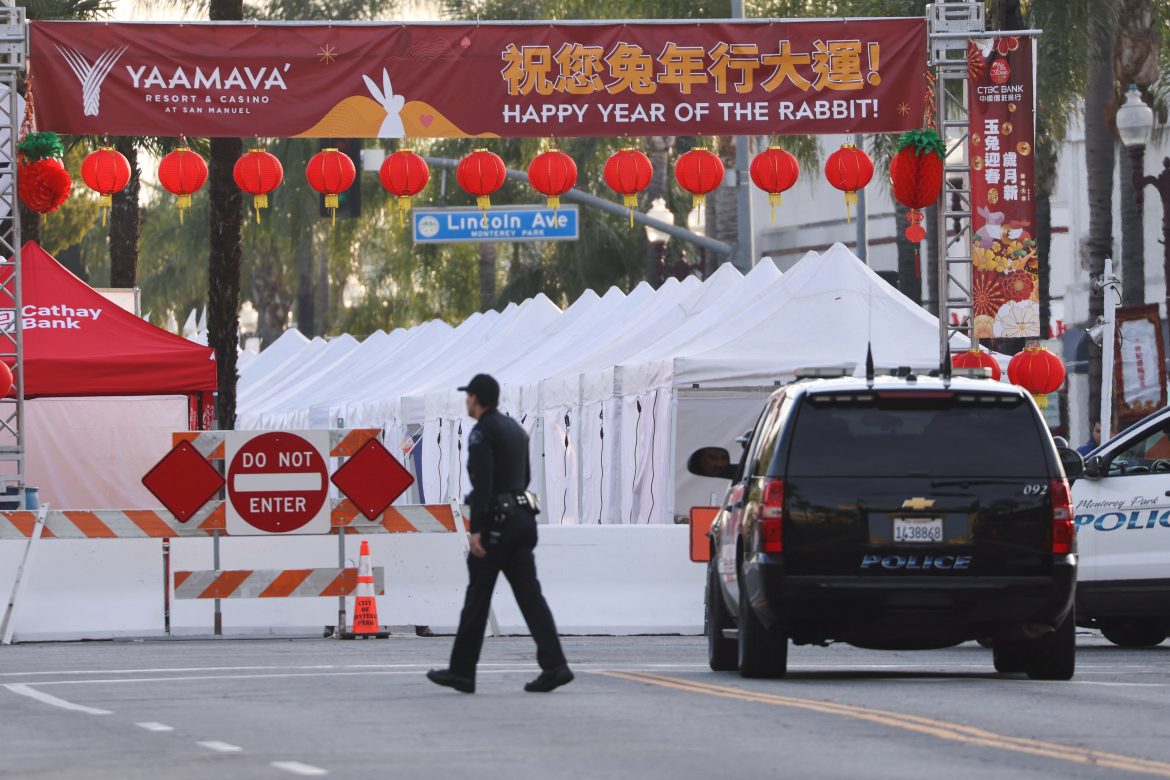 A man fatally shot 10 people and injured at least 10 others at a ballroom dance venue during a Chinese Lunar New Year celebration late on Saturday near Los Angeles before fleeing the scene, police said.

The shooter, who was still at large nearly 11 hours after the attack in the city of Monterey Park, was believed to be an Asian man between 30 and 50 years old based on descriptions from eyewitnesses, law enforcement officials said.

“We need to get this person off the street as soon as possible,” Los Angeles County Sheriff Robert Luna told reporters at a Sunday morning news conference in Monterey Park, home to one of the largest Asian American communities in the United States.

Earlier on Sunday morning, the sheriff’s department said it did not know whether the attack was racially motivated. Half the victims were male and the rest female, Luna said. Their identities have not been made public.

Officials were investigating whether an incident at another dance club in the neighboring city of Alhambra about 20 minutes later on Saturday night was connected with the massacre in Monterey Park. At the second club, witnesses said an Asian man walked in holding a gun that patrons were able to grab. No one was shot and the man fled, Luna said.

When police arrived at the Monterey Park club, people were “pouring out of the location screaming,” department captain Andrew Meyer told reporters at an earlier news briefing.

At least 10 people were taken to local hospitals to be treated for injuries and at least one was in critical condition. Police have not said what kind of gun was used in the attack.

The shooting took place after 10 p.m. PST (0600 GMT on Sunday) around the location of a two-day Chinese Lunar New Year celebration where many downtown streets are closed for festivities that draw thousands of people from across Southern California. Police said the celebrations planned for Sunday were canceled.

Monterey Park is a city of about 60,000 people around 7 miles (11 km) from downtown Los Angeles. About two-thirds of its residents are Asian, according to U.S. Census data, and the city is known for its many Chinese restaurants and groceries.

Video taken by local news media showed injured people, many of them appearing to be middle-aged, being loaded into ambulances on stretchers.

Seung Won Choi, who owns a seafood barbecue restaurant near the site of the attack, told the Los Angeles Times that three people rushed into his restaurant and told him to lock the door because a man was unloading multiple rounds of ammunition at the dance club across the street.

The White House said President Joe Biden had been briefed on the attack and had directed the Federal Bureau of Investigation to assist local police.