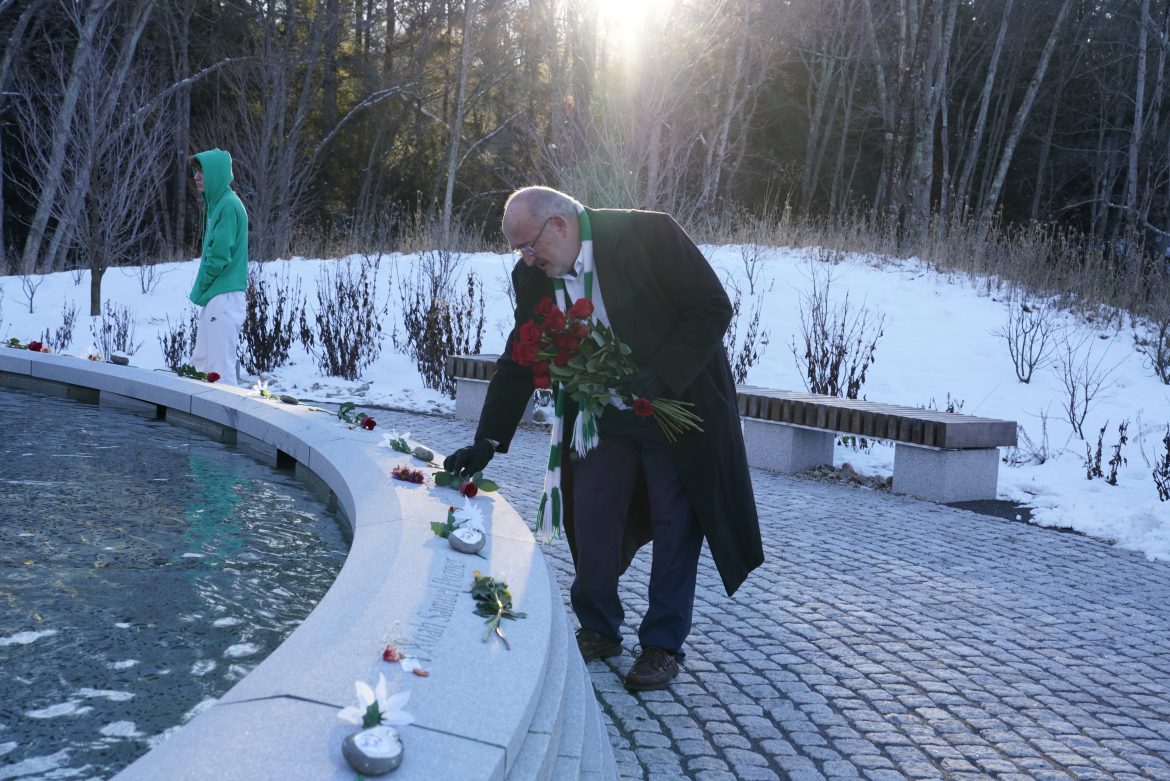 Ten years after one of the worst school shootings in U.S. history, residents of the Connecticut town where it took place marked Wednesday’s anniversary by attending vigils, paying respects at a new memorial, and reflecting in private with loved ones.

The rampage at Sandy Hook Elementary School on Dec. 14, 2012 — when a heavily armed gunman killed 20 young children and six educators — shocked the country and forever linked Newtown, a picturesque New England town, with the epidemic of mass shootings that have wracked the United States in recent years.

For many residents, the anniversary means a phalanx of reporters and cameras and yet another round of recurring stress. Yet it is also a natural time to honor the memories of the fallen, be it at a church service or a quiet gathering of family and close friends.

Early on Wednesday morning, several residents visited the memorial, which opened to the public last month. Set on five acres bordering the school grounds where the massacre occurred, the monument’s focal point is a circular water feature with the names of the 26 victims engraved on granite capstones.

One of the visitors, Skeff Bisset, had two children who were inside the school in 2012 and survived. Wearing a green sweater — the Sandy Hook school color — he walked the memorial, stopping at the names of the children who now would have been 16 and 17.

“This is a celebrity nobody wants,” Bisset said of the spotlight on Newtown. “The only reason I’m here, you know, remembering this, is because 26 people lost their lives. We are blessed that our kids are continuing to thrive and grow.”

This year’s anniversary comes on the heels of recent court rulings in which conspiracy theorist Alex Jones and the parent of his Infowars website were ordered to pay about $1.5 billion for spreading lies about Sandy Hook. For years, Jones claimed the shooting was a hoax, compounding the community’s grief.

It also comes six months after the U.S. Congress passed the first major federal gun reform in three decades, a bipartisan bill that came together just weeks after two teachers and 19 elementary school students were killed in Uvalde, Texas, and 10 people were shot to death at a supermarket in Buffalo, New York.

Noting the enactment of the bill, President Joe Biden said in a statement on Wednesday that more was needed to be done on gun control. He renewed a call to ban the kind of military-style rifles used in Sandy Hook and many other mass shootings.

“We owe it to the courageous, young survivors and to the families who lost part of their soul 10 years ago to turn their pain into purpose,” Biden said. “Enough is enough.”

On Wednesday morning, representatives of the National Teachers Hall of Fame in Kansas presented a wreath with six white roses and 20 mini carnations at the memorial. The ceremony was meant to symbolically connect the memorial with one in Emporia, Kansas, for educators who have lost their lives.

“We want the people of Newtown, Connecticut, to know that halfway across the country in the heart of America, we remember those people that were so dear to you,” said Carol Strickland of the Hall of Fame after reciting the names of the six educators.

St. Rose of Lima Church, where many of the slain 6- and 7-year-olds had worshipped, will hold its annual memorial Mass at 7 p.m. It is one of five churches offering services or opening their doors for prayer, according to the Newtown Bee.