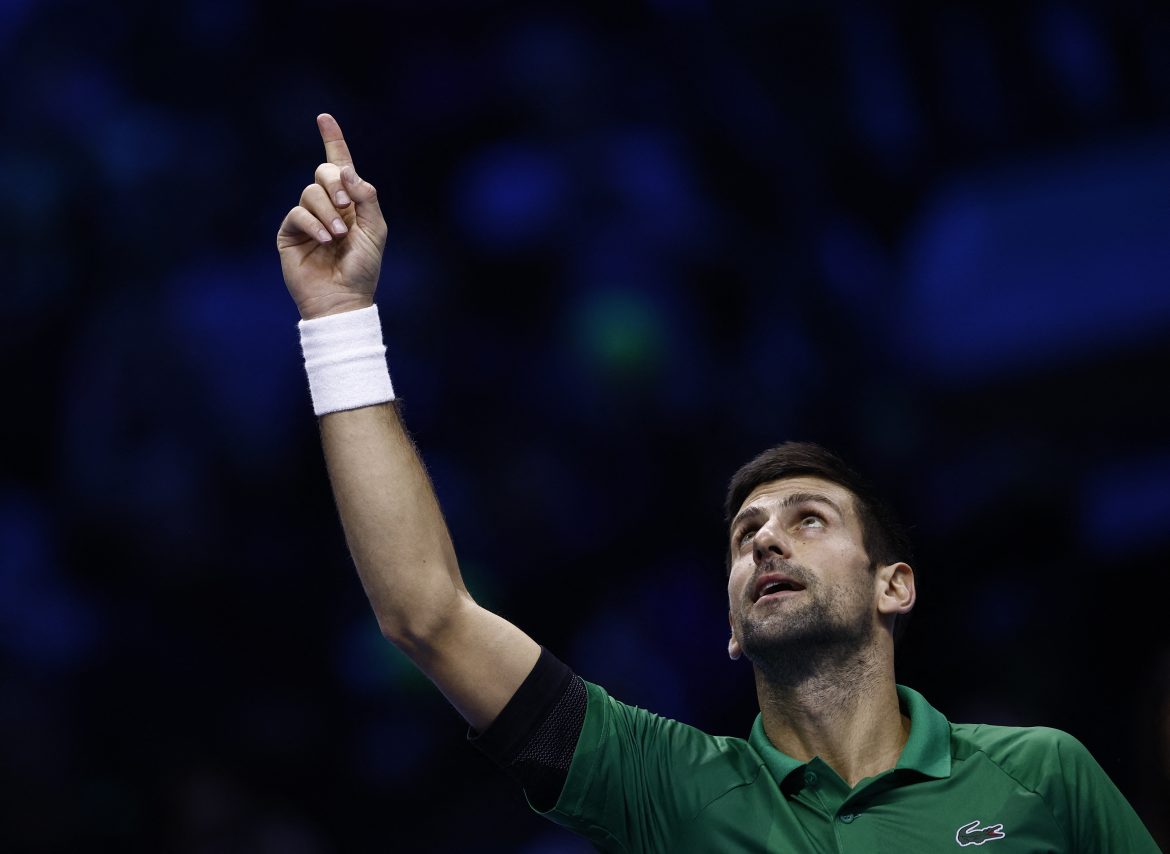 Djokovic sealed victory in style with his ninth ace to collect the title for the first time since 2015 in front of a rapturous crowd.

“Got to stay focused the entire match, every single point, the momentum can switch to the other side really quickly,” the Serbian said in a televised interview after the match.

“The fact that I waited seven years makes this victory even sweeter,” he added as he matched Roger Federer’s haul of six titles in the season-ending event.

The 23-year-old Ruud has enjoyed the best tennis of his career in 2022 and battled toe-to-toe with the 21-time major winner early on but produced two clumsy errors to hand Djokovic the break at the end of the first set.

Djokovic put his foot on the accelerator from there on, harnessing his mighty forehand to break Ruud in the fourth game of the second set.

The Norwegian threw everything he had at the veteran in a 36-shot penultimate rally but the Wimbledon champion was simply too sharp, outlasting his opponent in the marathon exchange and holding his arms out wide after clinching the title.

The 35-year-old is the oldest to win the title, ending the season on a high note after a year of ups and downs.

He was unable to defend his title at the Australian Open in January as he was deported from the country due to his refusal to get vaccinated against COVID-19.

His stance also meant he was barred from competing in the United States this year, including the season’s final major — the U.S. Open.

“I look forward to having a couple weeks off because I was really kind of on the needles an entire year whether it was for tournaments or waiting for permissions to go somewhere, so I’m really glad that I managed to end it in a positive way,” said Djokovic, who collected a seventh Wimbledon title in July.

The result capped a disappointing end to Ruud’s year. The Norwegian had also contested the title match at Roland Garros and Flushing Meadows but also came off second best in those finals.