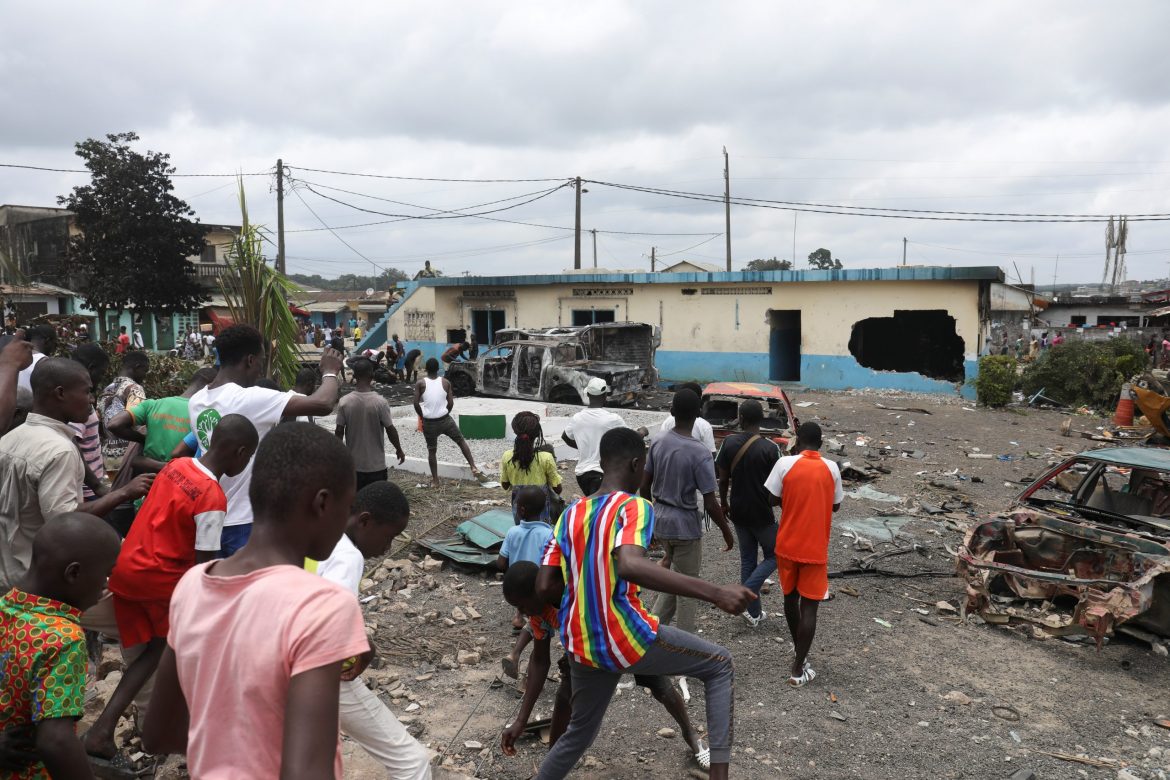 Protesters in Ivory Coast set fire to a bus in Abidjan on Friday after deadly protests earlier in the week against President Alassane Ouattara’s decision to seek a third term, and organizers elsewhere vowed further action against his bid to stand again. These deadly protests resulted in the deaths of 5 people and the wounding of more than 100.

On Friday, the remnants of tyre barricades smoldered in the opposition stronghold of Bonoua, as residents gathered in the rubble of the town’s police station that was torched by protesters the previous day after one of them was shot dead. A column of police reinforcements arrived in Bonoua on Thursday night after the crowd clashed with police who used tear gas and live bullets, witnesses said.

“We’re going to march until October. Tomorrow we will keep on marching,” said local youth leader Frederik N’Ta N’Chou, to cheers from the crowd. “We don’t have weapons but we have stones.”

Security Minister Vagondo Diomande said the order had been restored across Ivory Coast. “The government calls on everyone to exercise restraint,” he said in a statement late on Friday.

Opposition groups insist the president must stand down after serving two terms, in accordance with the law, but Ouattara says the new constitution, adopted in 2016, acted as a reset button, allowing him to run again.

The election day is scheduled for October 31st.