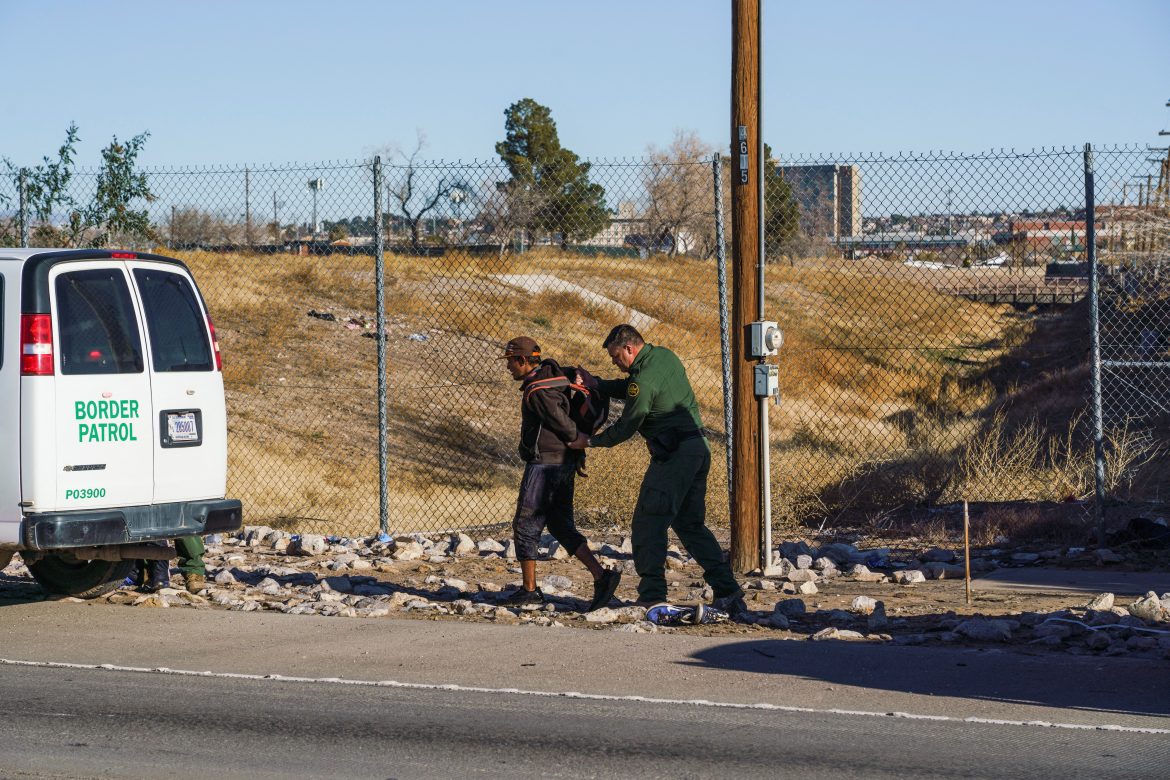 Border patrol agents at the U.S-Mexico border are on pace to see the most apprehensions of known or suspected terrorists who have illegally crossed the border, Customs and Border Protection (CBP) data reveals.

The latest CBP data set shows that there were 17 new apprehensions of individuals on the FBI’s Terrorist Screen Database (TSDB) at the southwest border during December. This means that there have been 38 border patrol TSDB encounters so far for the first quarter of Fiscal Year (FY) 2023.

In comparison, there were 98 total in FY22. In FY21, there were only 15 TSDB encounters at the southwest border.

“19 terrorists were behind the 9/11 attacks. 17 people on the terror watchlist tried to cross the border in December. Think about that for a moment,” Rep. Lance Gooden (R-Tex.) said.

The rising number of TSDB encounters is of high concern to Republicans when considered alongside surging immigration and the reported known number of ‘gotaways,’ or migrants who were spotted by patrol authorities but evaded apprehension. There were a record-setting 250,000 migrant encounters in December alone while Fox News correspondent Griff Jenkins reported over 278,000 known gotaways for FY23 to date.

Rep. Jeff Duncan (R-S.C.) warned that these other two statistics mean that the TSDB apprehensions are “likely only a faction of terrorists in our nation” who have taken advantage of the unmitigated border crisis under the Biden administration.

38 people on the terrorist watchlist have been arrested at the southern border in FY'23. Considering there have been 1.2 million+ "gotaways" under @POTUS, this number is likely only a fraction of the terrorists in our nation. An open border means our national security is at stake https://t.co/qDucQ0Mks8

While the watchlist contains the names of individuals “reasonably suspected” of terrorism alongside those who are known to have been involved in heinous acts, some people apprehended are unaware that they are even on the list. However, the rising number of TSDB apprehensions can be indicative of a larger problem of U.S. enemies exploiting a border patrol force that’s stretched too thin for the numbers crossing into the territory.

The risk of danger to the U.S. has already been exposed in articles that rightfully praise law enforcement authorities who prevented the tragedy from occurring. For example, an Iraqi man living in Ohio masterminded an assassination plan on former President George W. Bush in May 2022. This plan involved smuggling ISIS assassins into the states through the southern border.

While the law enforcement authorities prevented these plans and rightfully deserve praise, the question remains of who else might have already exploited the border without detection.

“We could have the next terrorist sleeper cell in the country planning the next attack on U.S. soil and we have no idea,” Mark Morgan, former acting commissioner of the CBP, said to The Center Square.

Even before the latest CBP report, nine Congress members requested an Intelligence Community briefing in a letter to Director of National Intelligence Avril Haines on Jan. 12.

“When compared to the 2.76 million undocumented immigrant crossings at the southwest border in FY2022, it is naïve for our leaders to claim our overwhelmed border patrol can detect and monitor every individual on the watchlist,” the coalition wrote.

They added, “Without proper enforcement of our immigration laws, terrorist networks are increasingly enabled to avoid apprehension. The Biden Administration has continuously downplayed this risk and the significant vulnerability their border policies have created for terrorists.”